One small step. One giant mess.

Being the fifth installment in the Ice Age franchise, you can tell that Blue Sky is beginning to have more fun with it. A running joke that adults are sure to notice in Ice Age: Collision Course is constant parodies and adult-targeted references. Scrat for instance will have a storyline that will feature nods to films such as the original Alien, the newly released The Martian, and another Ridley Scott feature, Prometheus. 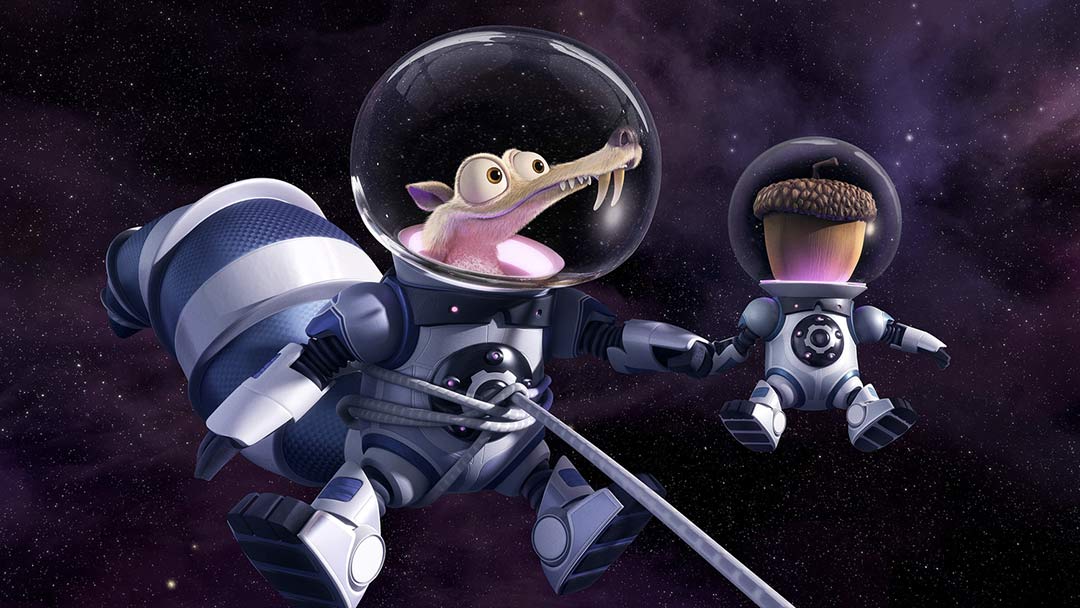 20th Century Fox and Blue Sky are also doing a helluva time expanding the franchise and making the most of it. Besides a whopping five installments, they now have short films that function as story companions to the film. The most recent short, Cosmic Scrat-Tastrophe, not only functioned as  a teaser for this Ice Age installment, but explains why Planet Earth is under assault of asteroids and insane weather patterns.

Blue Sky is having so much fun with this trailer that it's hard not to like it. Opening with a reference to 2001: A Space Odyssey, I'm already amused. Blue Sky has continuously stepped up their game on the computer-generated graphics side with each Ice Age installment they do, and Collision Course is no different. The landscapes are much improved -- while the characters always seem to only get a slight improvement -- which makes for some awesome effects when playing with sequences of destruction and intense weather effects.

Adding Macklemore's "Can't Hold Us" always helps, nevermind a Tinder reference, reminding adults that they can have just as good time at the theaters as the kids they are accompanying. Looking at the sample of films expected to be parodied, including a couple parodied in the actual trailer, many of the jokes to be had should go right over kids heads.

Based on this trailer, the film looks like a step up from Ice Age: Continental Drift, which took in right around $877 million at the box office. Is 20th Century Fox hoping to surpass this number in 2016? Well, they are showing confidence, keeping the film's theatrical release right among the other summer blockbuster heavyweights, while only pushing back a single week to avoid direct competition with the Ghostbusters remake. Makes sense, since they are hoping for a similar audience demographic.