The trailer for Ice Age: Dawn of the Dinosaurs, which is to be fully produced in 3-D, is the latest installment to the hit Ice Age franchise, which has grossed more than $1.2 billion around the world. Ice Age: Dawn of the Dinosaurs will be directed by Oscar-nominated Carlos Saldanha, who directed Ice Age: The Meltdown and co-directed Ice Age. The film is being produced by Academy Award-winning Blue Sky Studios, the creative force behind all the Ice Age films and Dr. Seuss' Horton Hears a Who.

Ice Age: Dawn of the Dinosaurs is the first Ice Age movie not to feature a minor character voiced by Alan Tudyk.

The largest dinosaur featured, Rudy, is based on a Baryonyx. The animators chose this dinosaur because of its crocodile-like appearance. They then added a white collar and bloodshot eyes to make him appear even more menacing.

The mother dinosaur is an Alusaurous, similar to a T-Rex but with a squarish head rather than the more triangular shaped skull that a T-Rex has.

The song, "Alone Again" had the lyrics changed to fit the broken relationship between Scrat and his acorn. 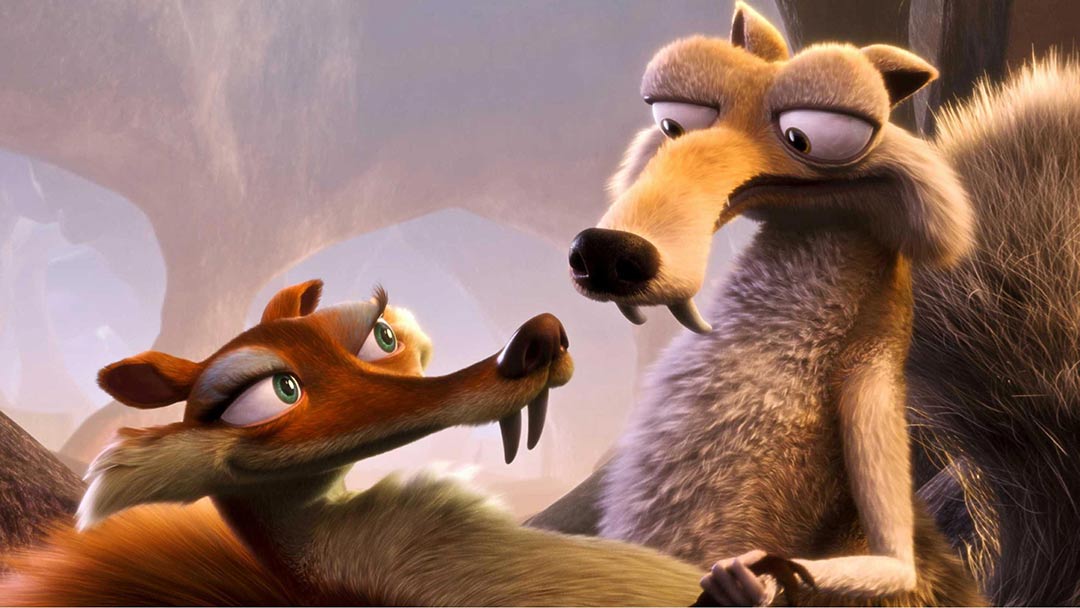 Ice Age movies are always enjoyable to watch, but the undoubted highlight of each and every one is Scrat and his acorn.

The love affair between the sabre-tooth squirrel and his nut began way back in the original Ice Age movie and has continued in every sequel since. Ice Age: Dawn of the Dinosaurs is the third in the line of films, and focuses, unsurprisingly given its title, on the arrival of Dinosaurs into Sid, Manny, and Diego's world.

However, 20th Century Fox aren't fools. They know Scrat is a big seller of these films and so, for this trailer, they have decided to focus on him completely. As ever, Scrat is in pursuit of the perfect acorn. I'm still not exactly sure what it is he wants to do with the acorn since he never seems to keep hold of it for long, but it's certainly an important mission to him.

This time, there is a distraction that Scrat was not bargaining for, and it comes in the form of a female flying squirrel. She is also after the perfect acorn and is not above using her feminine wiles to get exactly what she wants.

This trailer is total genius. It plays like a short film all of its own, it's hilarious, and it makes you want to watch the whole movie just to find out if Scrat will ever get his nut or if he will be blinded by love. I can't get over how sorry I feel for an animated squirrel here, but I do. I adore Scrat and I fervently hope that one day that acorn will be his!