Trailer for I Saw the Light.

A biography of Hank Williams.

Tom Hiddleston endeared himself to the I Saw The Light cast and crew during filming, by serenading them all on the piano and thanking everyone for their hard work.

However, he did not endear himself to Hank Williams' grandson, Hank Williams III, who repeatedly criticized his vocals and performance in the movie, saying it "lacked justice and foundation." Ouch.
To gain his ultra-thin appearance, Hiddleston ran ten miles and cycled fifteen miles daily. 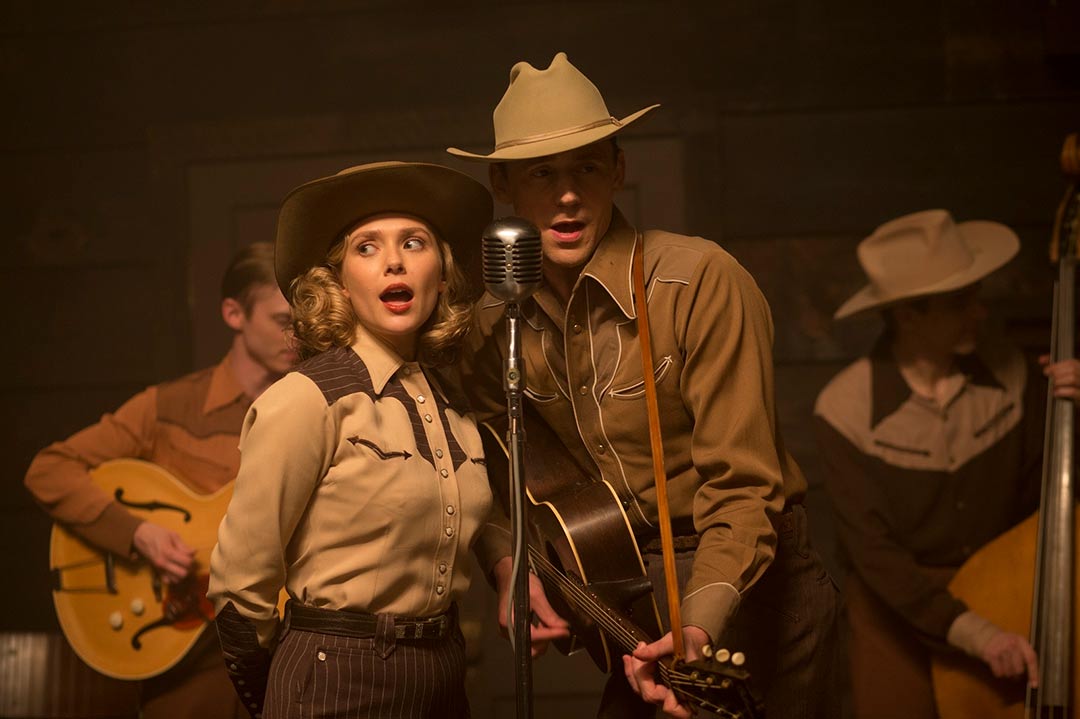 Tom Hiddleston plays the iconic Hank Williams in this dramatization of his biography. This is a controversial casting choice for many reasons. Firstly, he's about as English as they come. Secondly, he's about as far removed from the southern country and western style as one could ever imagine. Thirdly, no one knew whether he could actually sing and fourthly, though there are many fans would would defend Hiddleston no matter what, there are those (like me), who really don't rate him as an actor at all.

So how does he measure up? Well, the singing is not all that bad...in fact, it's the best part. Hiddleston has done well with his vocals, as evidenced in the trailer. As is also evidenced, his actual accent while speaking is not that great at all. However, Elizabeth Olsen, as Hank Williams' long-suffering first wife, really is good, and lifts her scenes tremendously.

The bottom line is this; no matter the casting, this movie is simply not that good. It's a shame, because we could have had another Walk the Line here. Indeed, that is probably the type of success that director Marc Abraham was hoping for... but it's not to be. Though Williams' story is worthy of being told, there are too many flaws in the script, direction and performances for it to work well as a movie.

It's a shame, because the trailer makes it look as though this will be a great movie, even though I would never profess to be a Hiddleston fan. This could, or should, have been a breakout role for him- something different from his years as Loki in the Marvel Cinematic Universe, but that's not to be. Instead, Hiddleston is now gaining recognition for his excellent turn in BBC TV series The Night Manager, which is entirely justified, while I Saw The Light slowly fades away.