The trailer for 20th Century Fox's I Love You Beth Cooper, a nerdy valedictorian proclaims his love for the hottest and most popular girl in school – Beth Cooper (Panettiere) – during his graduation speech. Much to his surprise, Beth shows up at his door that very night and decides to show him the best night of his life.

The film’s screenwriter, Larry Doyle, wrote the book in which the film is based. Initially, he developed the story to be a film but could not generate enough interest, which led to publishing it as a novel. Once the book became somewhat popular, he was able to adapt the novel to a film at the request of the filmmakers.

It was at the request of director Chris Columbus that actress Lauren Storm gain weight to play the role of Beth Cooper’s friend, Treece.

Hayden Panettiere and Lauren Storm each guest starred on the television show Malcolm in the Middle. They both played the love interest of Malcolm. Panettiere while Storm was in a two part episode in 2002. 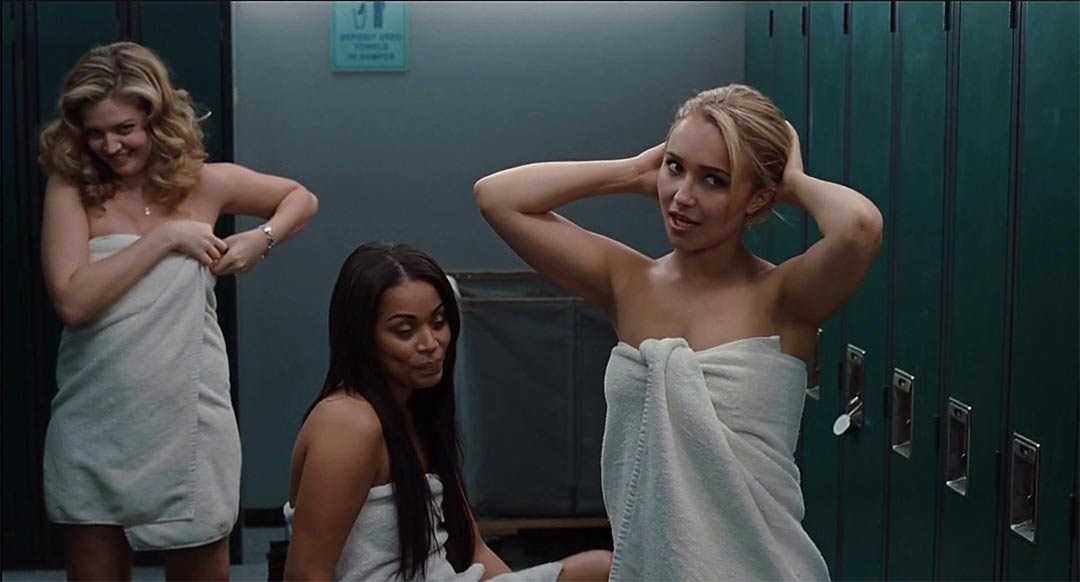 The trailer for I Love You, Beth Cooper has all the elements of teen comedy films from the 1980s and 1990s in which a nerdy guy spends one night having the adventure of his life. Paul Rust, who can always play the nerd with an odd amount of confidence, is a valedictorian who really speaks the truth during his graduation speech which includes his declaration of love to his high school dream girl, Beth Cooper. Somehow this is enough for Beth Cooper to finally notice the guy which leads to an all-night wacky night. Hayden Panettiere is an ideal actress to play a high school dream girl for many reasons. She actually looks like she is a teenager, which is a rarity for teen films, and she has that adorable smile and bright eyes that would be impossible not to fall in love with.

The trailer is filled with teenage antics that are amusing for viewers who are teenagers and adults who want to relive a bit of nostalgia. There are many teen movies that rely on gross-out humor or the male lead just wanting to get laid before going to college, but I Love You, Beth Cooper seems to have more of a genuine heart. Sure, there are fights with the jocks, and rabid raccoons, but for the most part I Love You, Beth Cooper appears to be a light, funny, and sweet teen film that everyone can enjoy.