I Hope They Serve Beer in Hell Red Band Trailer (2009)

Red band trailer for I Hope They Serve Beer in Hell.

My name is Tucker Max. And, I am an asshole. It's impossible to keep me away from what I want. My creed is to indulge every whim, ignore the consequences of my actions, mock idiots and posers, sleep with more women than is safe or reasonable, and just generally act like a raging dickhead. I can't be accountable for all that comes out of my mouth especially when I get excessively drunk at inappropriate times, disregarding social norms. I do contribute to humanity in one very important way though -- I share my adventures with the world -- and offer the best advice I know to friends faced with tough questions. "What would Tucker do? And you go out and do it," that's what I say. So that's me in a nutshell.

Just as the characters in the film get into a lot of mischief, the cast and crew had a bit of wild fun while filming. There was a bet on set over who would get arrested first. The writer/producer Nils Parker was the first to be arrested for urinating in a valet booth after a night of drinking.

The movie poster is designed to look exactly like the cover of the book for which the film is based. The book by Tucker Max is an autobiographical set of short stories and reached #4 on the New York Times Best Seller list. 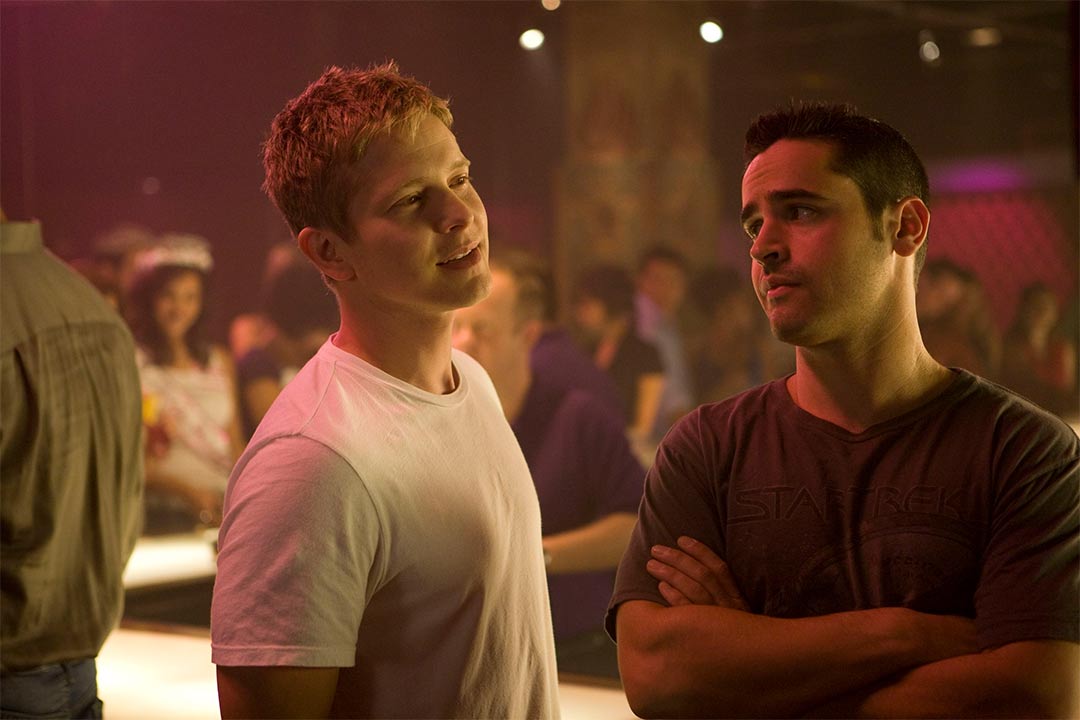 I Hope They Serve Beer in Hell is based on a book by the same name, and judging from the trailer, both may require a specific kind of person to enjoy it. From the very beginning of the trailer, and the title itself, we can see the film is about an insufferable guy and his slightly less insufferable but still terrible friends.

Matt Czuchry from Gilmore Girls and The Good Wife plays the lead and it seems he has taken his previous roles as an entitled rich guy to a new level with this one. His friends include Geoff Stultz who has popped up in a few things and had to deal with being on 7th Heaven for a while. Jesse Bradford, most memorably from Bring it On is his other friend who does not seem to have much to say or do, but maybe he is the nice guy who is too nice to rid himself of his truly awful friends.

A majority of the trailer is just a collection of scenes involving the guys treating women terribly, getting drunk, and hassling the police by urinating on them. Traci Lords is there too and she looks great. Of course, her part includes a race to the bathroom because scenes of violent bowel movements really need to seal the deal with making this movie especially icky. I Hope They Serve Beer in Hell seems like the kind of movie that would appeal to the same people who the film is about, for everyone else, it seems like a waste of perfectly good actors, and two hours of our life.