Trailer for House at the End of the Street.

Seeking a fresh start, newly divorced Sarah (Oscar-nominee Elisabeth Shue) and her daughter Elissa (Oscar-nominee Jennifer Lawrence) find the house of their dreams in a small, upscale, rural town. But when startling and unexplainable events begin to happen, Sarah and Elissa learn the town is in the shadows of a chilling secret. Years earlier, in the house next door, a daughter killed her parents in their beds, and disappeared - leaving only a brother, Ryan (Max Thieriot), as the sole survivor. Against Sarah's wishes, Elissa begins a relationship with the reclusive Ryan - and the closer they get, the deeper they're all pulled into a mystery more dangerous than they ever imagined.

The film was originally slated to have a release in April of 2012. The film was pushed back for a September release so it would not be released the same month as The Hunger Games.

Elisabeth Shue was in Hollow Man and Nolan Gerard Funk was in the direct-to-video sequel, Hollow Man II. The film began development in 2003 and was going to be written by Donnie Darko writer/director Richard Kelly. The completed film was written by Dream House writer, David Loucka There is a tie-in novelization of the film that was released a few months prior to the film’s release. 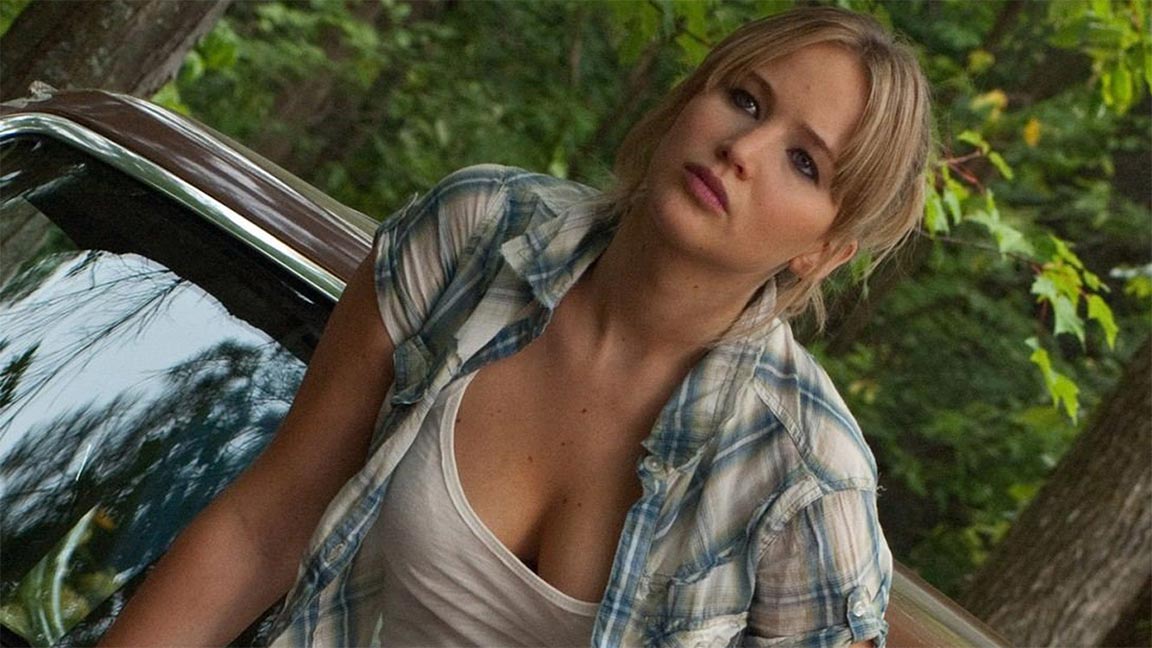 The opening moments of the trailer for The House at the End of the Street feature the beautiful Jennifer Lawrence in a tight white tank top and jeans. Not a bad way to start things off, but then we see that her character is attempting to break out of a room that she is clearly being held in against her will, followed by her getting in a car and then stopping. She stops to see that in the car is a small box that holds a bottle of chloroform. Why did she stop, even for a moment, to check out what was used to probably capture her in the first place? Oh, and surprise, surprise, her captor has noticed she is missing her and drags her back.

The trailer actually shows audiences that the movie is going to be two hours of us all just screaming at the poor decisions the characters make. It is frustrating but is also par for the course with horror/thriller films. Another problem with the trailer is that it seems to give away too much about the film without actually giving all that much insight to the basic elements of the film’s plot. Hopefully, there is a plot twist that is not shown in the trailer.

The back and forth of time makes everything even more complicated and confusing but I am guessing that may be what the editors of the trailer, and possibly the filmmakers themselves were attempting to do. The film’s title also feels reminiscent of Wes Craven’s The Last House on the Left but most likely lacks such terror or conviction. While the film may have potential, the trailer gives us only one major reason to watch the film and that is the casting of the watchable and lovely Jennifer Lawrence.