Trailer for Hotel for Dogs. Based on Lois Duncan's novel, Andi (Emma Roberts) must use her quick wit to find a new home for her dog and ends up housing tons of dogs in an abandoned hotel.

Nearly 70 dogs were used in the making of Hotel for Dogs, many of whom were actually rescue dogs from the pound. A lot were adopted by the crew when filming ended.

Most of the dogs were trained for three months while the main dogs were trained for four months. All the time the actors are on screen with the dogs, there are dog trainers the other side of the camera whistling and calling commands. The young actors found the film difficult to shoot because of this.
Emma Roberts has now been in films with the main three female leads from Friends. Lisa Kudrow appears with her in Hotel for Dogs, Courtney Cox in Scream 4, and Jennifer Aniston in We're the Millers.

Roberts tripped and fell while shooting the scene in which they all escape from the dog shelter. Though she was trampled by all the dogs, she remained unharmed. 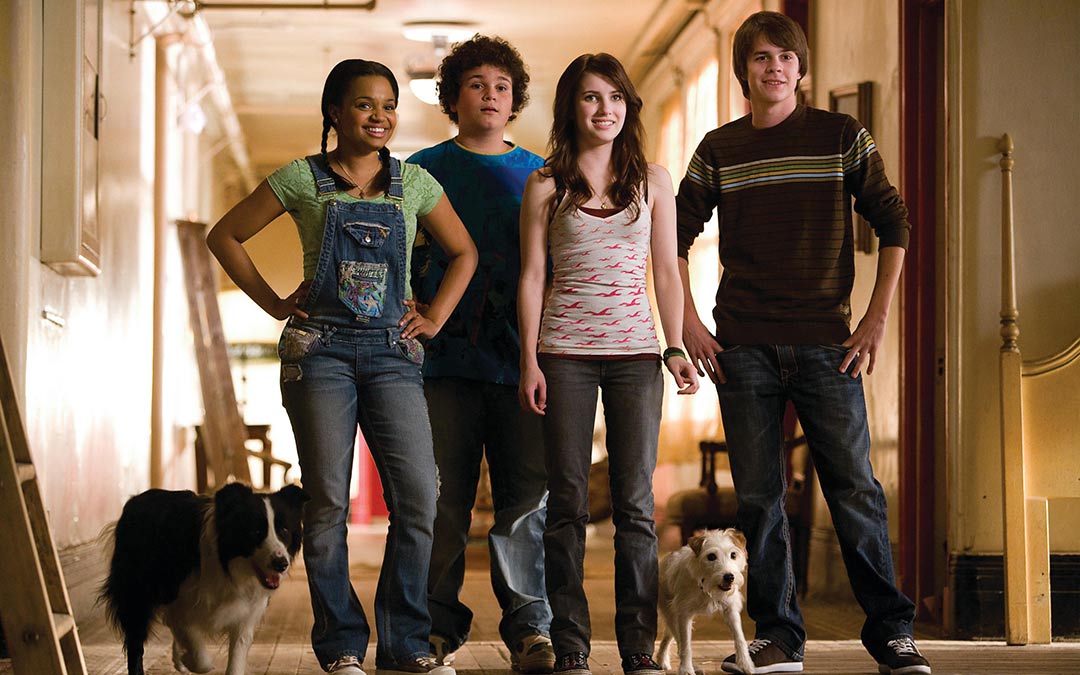 Well, okay, there's slightly more to it than that. Orphans Andi and Bruce manage to buy themselves a dog, only then their strict and mean new guardians tell them they're not allowed to keep any pets. Desperately trying to keep him out of the pound, the two hide him out in an abandoned hotel, and then they figure it might be a good place to hide other stray dogs too. Lo, the Hotel for Dogs is born. Of course, this gives way to all sorts of shenanigans as Andi, Bruce, and their fellow orphans work out how to care for a multitude of dogs and keep those nasty grownups from finding out.

Make of this movie what you will; the trailer clearly shows that the best acting comes from the dogs, and the plot is thin on the ground. But....there are loads of cute dogs, and this is a movie that will make young kids giddy with delight. They will laugh while you weep inwardly at being subjected to the film for the fifth time in as many days but hey, kids have got to watch something, and it might as well be a film with loads of cute animals.