For Nick, Kurt and Dale, the only thing that would make the daily grind more tolerable would be to grind their intolerable bosses into dust. Quitting is not an option, so, with the benefit of a few-too-many drinks and some dubious advice from a hustling ex-con, the three friends devise a convoluted and seemingly foolproof plan to rid themselves of their respective employers...permanently. There's only one problem: even the best laid plans are only as foolproof as the brains behind them.

To promote Horrible Bosses, Warner Bros. set up a giant voodoo doll resembling a corporate boss, in downtown Montreal. People were encouraged to vent their frustrations by stabbing it and offered the chance to win tickets to the premiere by sharing their own horrible boss stories.

A lot of the actors improvised their lines, but Jennifer Aniston didn't since she said her lines were already beautiful.

Ashton Kutcher, Owen Wilson, Matthew McConaughey, Tom Cruise, and Paul Rudd were all considered for roles at some point. 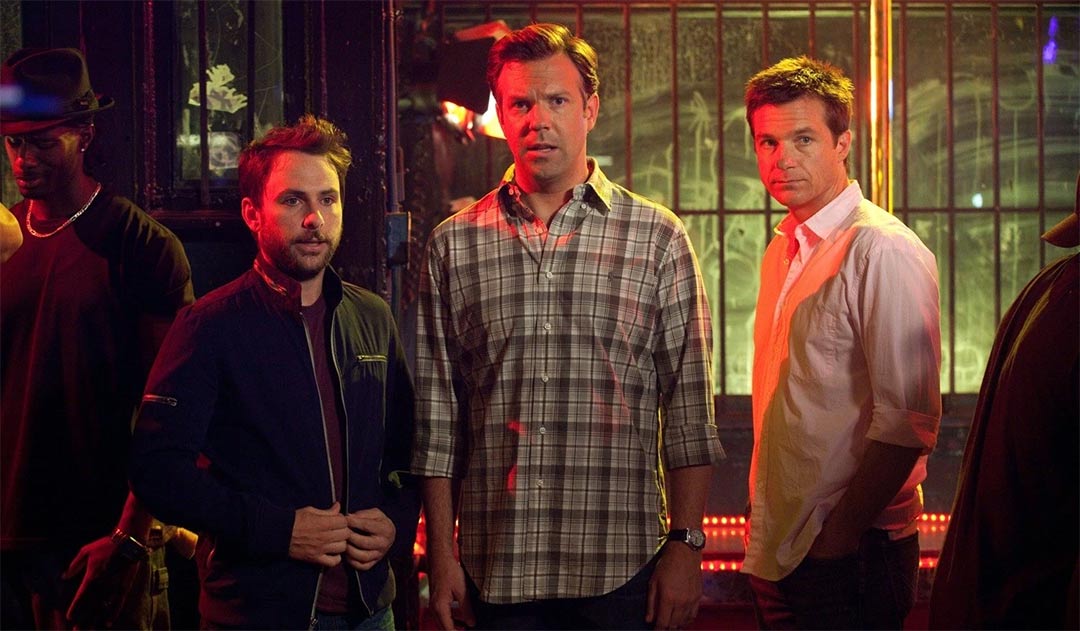 Horrible Bosses' title is pretty self-explanatory. It tells the story of three guys with three different bosses, all of whom are pretty vile. Fed up with their treatment at work, the three friends conspire to get rid of their bosses and set about trying to find someone to help them with their plan.

Enter Jamie Foxx, who can teach them all they need to know, but the trouble is, you can only pull off the perfect murder if you're intelligent enough to do it. These guys aren't.

Horrible Bosses is surprisingly funny, and this trailer sets it up well, highlighting the black humor that makes the movie so good. As the three friends, Jason Bateman, Charlie Day and Jason Sudekis are a tight group and bounce off of one another well.

Jennifer Aniston is totally different to her Friends character, Rachel, and even though the show ended years ago we all still compare, don't we? She's feisty, funny and unbelievable crude here, and I love it. Kevin Spacey is excellently malicious and I could watch him forever and as for Colin Farrell well, this is my most favorite role of his to date. Totally enjoyable.

Your jaw will drop more than once during Horrible Bosses, but you'll laugh in spite of yourself and you'll wish there was more...which there is, in the form of Horrible Bosses 2. Yay!