A big screen adaptation of J.G. Ballard's novel "High-Rise." High-Rise centers on a new residential tower built on the eve of Margaret Thatcher’s rise to power, at the site of what will soon become the world’s financial hub. Designed as a luxurious solution to the problems of the city, it is a world apart.

Enter Robert Laing (Hiddleston), a young doctor seduced by the high-rise and its creator, the visionary architect Anthony Royal (Irons). Laing discovers a world of complex loyalties, and also strikes up a relationship with Royal’s devoted aide Charlotte (Miller).

But rot has set in beneath the flawless surface. Sensing discord amongst the tenants, Laing meets Wilder, a charismatic provocateur bent on inciting the situation. Wilder initiates Laing into the hidden life of the high-rise and Laing is shocked at what he sees. As the residents break into tribal factions, Laing finds himself in the middle of mounting violence. Violence that he also finds emerging in himself.

Jeremy Thomas (producer) has been trying to get High-Rise made for decades. It was once deemed to be "unfilmable", but he's proved everyone wrong.

Elisabeth Moss said the hardest thing about filming was speaking in a British accent- she was worried she wouldn't be convincing enough.

The novel which the film is based on, also influenced an episode of Doctor Who, in 1987, titled "Paradise Towers."

Tom Hiddleston spent a long time with a forensic pathologist to prepare for his role, since his character, Dr. Robert Laing, is a physiologist.

High-Rise was finally made forty years after the release of the novel.

High-Rise focuses on a posh tower block of apartments, where everything is a total luxury. However, behind the perfect facade lurks a sinister existence, and things turn sour pretty quickly for the High Rise inhabitants.

This trailer is cleverly made as a promotional video for the fictional architecture firm that has designed and built the High Rise. With Jeremy Irons dulcet tones over, we are treated to several glossy shots that really do seem to sell the perfect lifestyle. Of course, this is film, and it's fictional, and we are viewers, not potential buyers.

Interspersed with all these perfectly happy and serene shots, are split second glimpses at something far darker lurking just beneath the surface; the perfect peaches which are actually rotten, the fully equipped gym where working out is a chore, the relaxing swimming pool where you might get drowned...

As trailers go, this is one of the smartest I've seen. The choice of music compliments the stunning visuals perfectly; it's all so stylistic and...shiny, with that menace lurking that you just can't shake off. Irons' final statement "Join us. Join us at the High-Rise," leaves us all with chills and yet, we all want to visit, don't we?

For those wondering, yes, Anthony Royal Architecture is a real site, though it does take you to the High- Rise twitter account. Still, this is clever marketing at its absolute best. 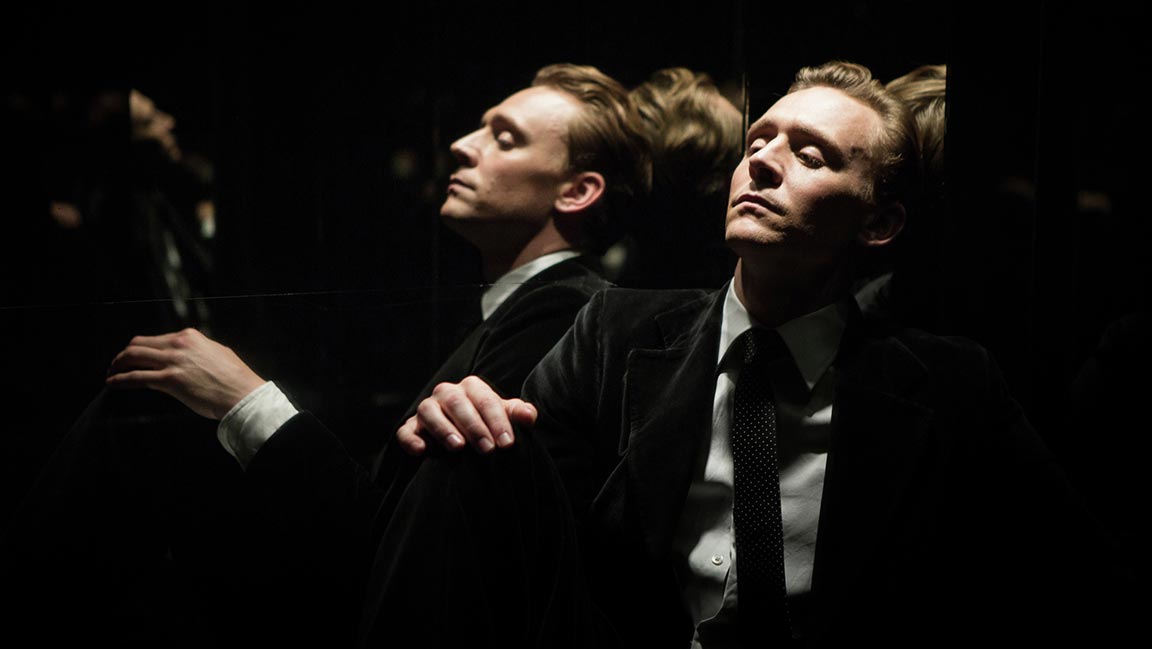