Based on the best-selling book by Greg Behrendt and Liz Tuccillo.

The Baltimore-set movie of interconnecting story arcs deals with the challenges of reading or misreading human behavior. Jennifer Connelly plays a woman stuck in a tired marriage with Cooper's character. Kevin Connolly, meanwhile, is a man pining after a woman, still not cast, who is having an affair with Cooper.

Goodwin is a young woman obsessed with Kevin Connolly's character who tries to set up accidental meetings with him only to run across his friend, played by Long, who takes her on as a "My Fair Lady" experiment.

Barrymore plays a woman perpetually confused by dating, now more than ever in a culture that is more obsessed with technology than actual human contact.

He's Just Not That Into You has an ensemble cast, meaning no one has a starring role. However, it's still surprising to note that Jennifer Aniston has just twenty minutes of screen time in the movie, and Jennifer Connelly has twenty four.

Bradley Cooper and Scarlett Johanssonn have both appeared in Marvel superhero movies; he is Racoon in Guardians of the Galaxy, she is Black Widow in multiple films. Meanwhile, Jennifer Connelly appeared in Hulk, while Ben Affleck was Daredevil in the self-titled movie but is now Batman in the DC universe, making his debut in Batman v Superman: Dawn of Justice.

This is the third movie where Scarlett Johansson has played a homewrecker after Match Point and The Prestige. 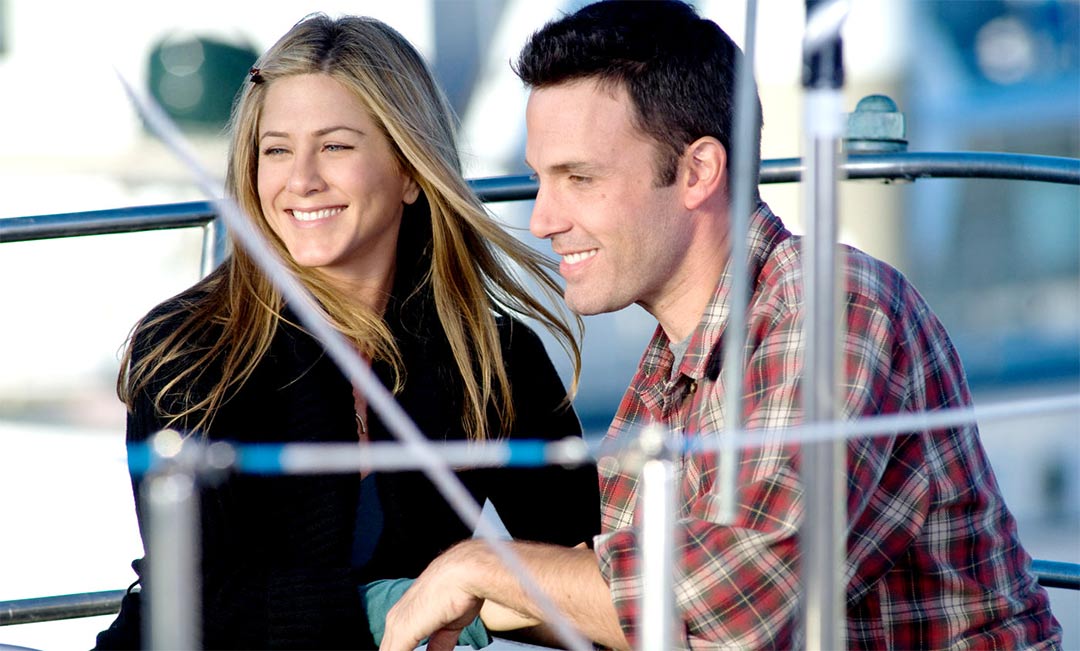 He's Just Not That Into You is based on a dating advice book of the same name, which is in turn based on a line from Sex and the City. It features an an ensemble cast of loveliness and is one of those movies which is a nice, gentle, romantic comedy which is perfect to watch when you want to block the world out and just eat popcorn. I do that quite a lot.

I feel like the trailer here pretty much sums the mood of the movie up. Nice really is the best word I can use to describe it. There are no outstanding performances, the script isn't groundbreaking, it's not entirely hilarious and it's in no way thought provoking. However, it is warming, sweet, amusing, and Bradley Cooper is really, really pretty.

Ginnifer Goodwin really leads the pack here, and she is definitely the funniest of the bunch. I particularly like the relentless way in which she tries to get the guy to commit to calling. She really does have a lot to learn. I also like the separate storylines all woven into one, which keeps the movie from getting stale or dull.

Overall, as I said, I would happily watch this over and over again because sometimes a gentle comedy like this is exactly what you need after a bad day, or when he doesn't call....again.