Teaser trailer for Here Alone, which screened at the 2016 Tribeca Film Festival.

After a terrible virus ravages human civilization, Ann finds herself living alone in a forest, foraging for supplies, and accompanied only by a radio that broadcasts a single transmission in French. Few animals even remain; the only survivors seem to be the roving hordes of infected creatures with a taste for human flesh. One fateful day, Ann crosses paths with two more survivors, Chris and Olivia. But after surviving on her own for so long, she struggles to relate to them and and their desire to settle down and start a new community. As Ann tells Chris, “Those who stay, die.” Though a stomach-clenching thriller, Here Alone is less about the threat itself than the people who are surviving it. For Ann, killing the infected is an easier proposition than connecting with her new companions in a world where intimacy, jealousy, and your fellow man can be just as dangerous.

Here Alone mixes the concept of Zombies with the idea of being isolated in the woods. The setting makes for added thrills, obviously, while also allow sequences of adventure and er, foraging. The thriller plays tight with the story, with most of the concept focusing on one particular event.

The film did great at the 2016 Tribeca Film Festival, having won the 2016 Audience Award. Variety describes Here Alone as a "very serious" Zombie movie, even though the word "Zombie" is never spoken. The horror is expected to find a cult following with its mixture of zombiefied horror and survivalism. Yes, it's a made up word, we know. 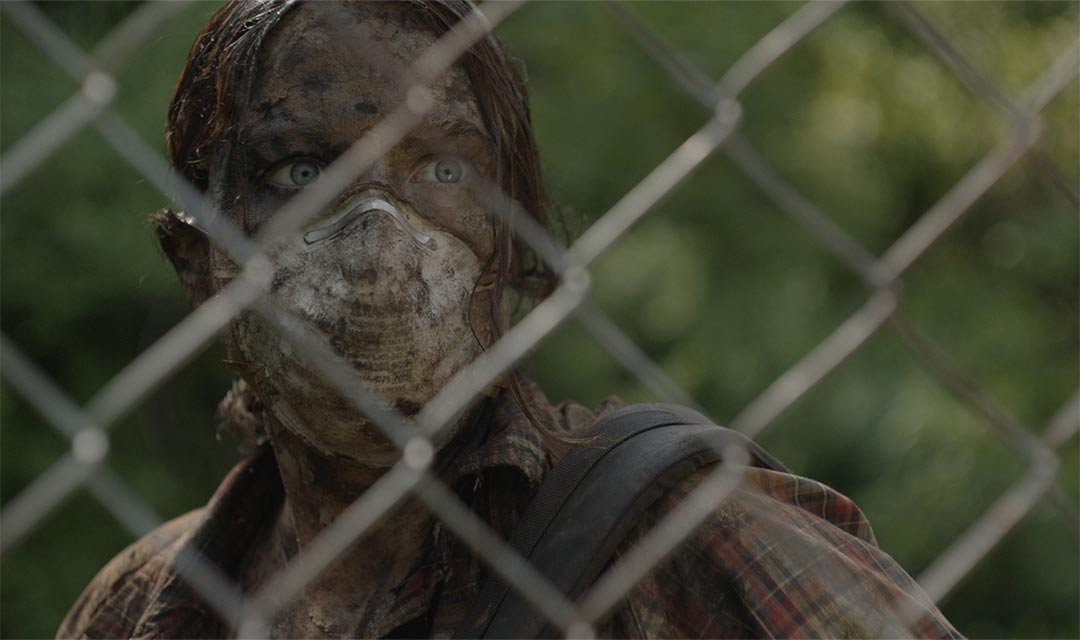 The Here Alone teaser trailer shows just enough to give an idea of the cinematography and setup the premise. A bunch of uninfected humans are doing their best to forage, which at times requires heading back into a zombie-infested town, in hopes of scoring food and other goods required for survival.

The twist is that, in a post-apocalyptic world, sometimes zombies aren't the only thing to fear. And that's what it looks like this zombie installment is hoping to take a real peak at--the final straws of the human condition.

Should be interesting, and I can only guess there are plenty of jumpy scares, but the trailer doesn't really tease on any of those. Hopefully in the next preview audiences can be given a bit more dialogue and a better idea of where the story is taking us. But, since this was declared as a teaser trailer, we can hardly complain...