The Haunting in Connecticut Trailer (2009)

In the tradition of such real-life horror movies as The Exorcist and The Exorcism of Emily Rose, The Haunting in Connecticut tells the astounding true story of one family's supernatural ordeal. When Sara and Peter Campbell's son Matt is diagnosed with cancer, they uproot their family to Connecticut for his treatment. As the family settles into their new home, Matt grows increasingly disturbed by paranormal activity that seems to inhabit and possess the house. At a loss to help her frightened family, his mother turns to an enigmatic priest who appears to rid the house of its ghosts-- until the boy's condition takes a sudden and unexplained turn for the worse and their lives are put in grave danger.

The film was based on the story featured in the Discovery Channel documentary, “A Haunting in Connecticut”. Ed and Lorraine Warren, real life Paranormal Investigators did take part in investigating the case of the Connecticut haunting. They were also the investigators that led to the films, The Amityville Horror (1979), The Conjuring(2013), and Annabelle (2014).

Virginia Madsen and Elias Koteas worked together fifteen years previously in the film The Prophecy (1995). In that film, an angel named Gabriel comes down to Earth to collect souls which leads to a war against Heaven. 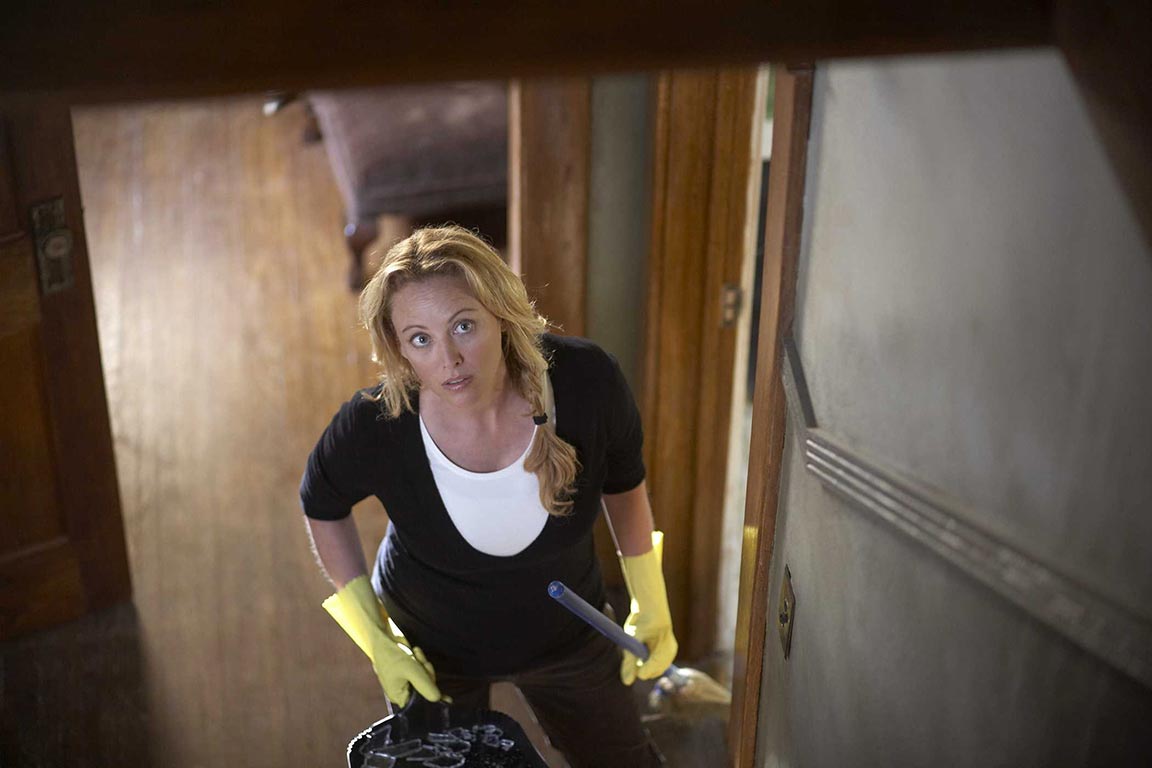 If a giant house is available for a suspiciously low price and the reason why the house is cheap is because there is a history of people dying in it, look for a different house! Of course, that would be too easily of a solution and we wouldn’t have the movie The Haunting in Connecticut.

Virginia Madsen plays a mother who decides against all common sense in favor of saving a few extra bucks and puts her kids at risk of being ripped apart by a bunch of angry spirits. These ghosts are so angry they are tattooing a bunch of nonsense on the son, attempting suffocating the girl, (daughter or girlfriend of said son?) and spoiling fruit before its time. Those monsters! Do they not know how expensive fresh produce is? Either way, the kids are going to do the uncovering of the secret mystery of the home because the mom is too busy questioning her kids for the choices they are making even though they are clearly possessed, come on mom get with it.

Virginia Madsen had to deal with Candyman so a few ghosts are not going to be a problem especially since they are from Connecticut. The trailer for The Haunting in Connecticut is pretty standard with a lot of the same plot points and scares as every other haunting house movie, so even though it may not bring anything new to the genre, it may be an entertaining watch for a late night horror fix.