Feature trailer for Harry Potter and the Half-Blood Prince.

Voldemort is tightening his grip on both the Muggle and wizarding worlds and Hogwarts is no longer the safe haven it once was. Harry suspects that dangers may even lie within the castle, but Dumbledore is more intent upon preparing him for the final battle that he knows is fast approaching. Together they work to find the key to unlock Voldemort's defenses and, to this end, Dumbledore recruits his old friend and colleague, the well-connected and unsuspecting bon vivant Professor Horace Slughorn, whom he believes holds crucial information.

Meanwhile, the students are under attack from a very different adversary as teenage hormones rage across the ramparts. Harry finds himself more and more drawn to Ginny, but so is Dean Thomas. And Lavender Brown has decided that Ron is the one for her, only she hadn’t counted on Romilda Vane's chocolates! And then there's Hermione, simpering with jealously but determined not to show her feelings. As romance blossoms, one student remains aloof. He is determined to make his mark, albeit a dark one. Love is in the air, but tragedy lies ahead and Hogwarts may never be the same again.

The scene shown in the trailer, where the Death Eaters cause the collapse of Millennium Bridge in London, is not in the book.

Harry Potter and the Half-Blood Prince is directed by David Yates, who directed four of the eight Potter films. 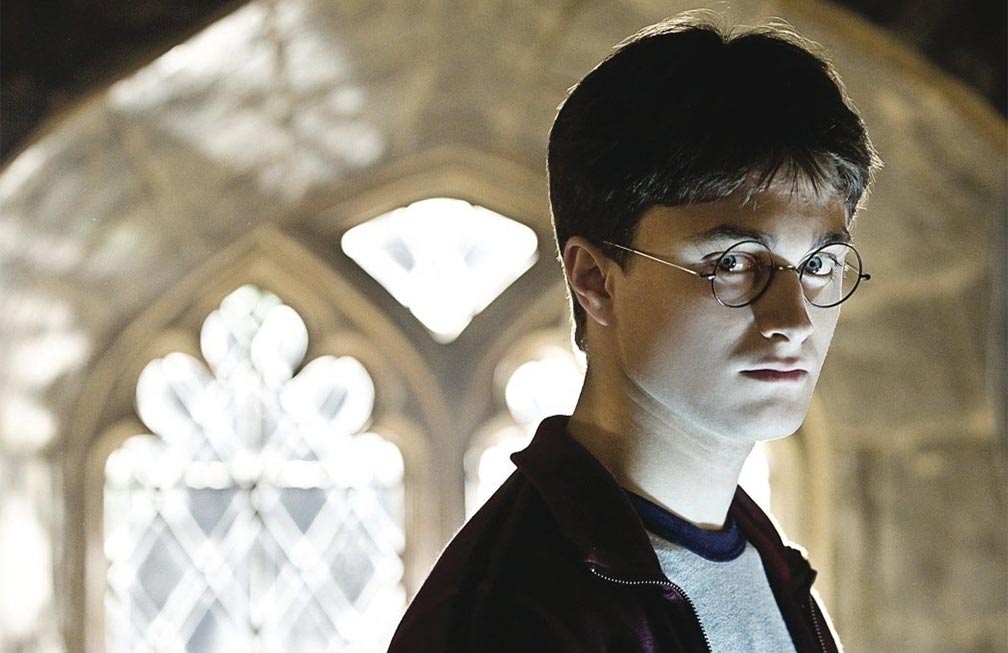 Once again we return to the Wizarding World for this, the sixth Harry Potter installment. Just as the books have gotten darker each time, so too have the films, and the Harry Potter and the Half-Blood Prince feature trailer certainly has a dark foreboding which is evident from the footage shown here.

Many events are happening in the movie, most of which are hinted at in the trailer, but the main thread once again is Harry trying to defeat Lord Voldemort. The only problem is; Voldemort is getting stronger and his army is rising. Death Eaters now freely roam and those with the Dark Mark are no longer forced to hide in the shadows.

Harry finds himself under the personal tutelage of Dumbledore, who takes him on a strange journey, culminating in truly heartbreaking and epic events that will have severe lasting effects on all concerned.

Aside from the darkness, there is, as always, some light. Our trio- Harry, Ron and Hermione- are all growing up and hormones abound. Harry is hung up on Ginny, sure, but we all know the real love story happening is between Ron and Hermione.

We also meet Professor Slughorn (played by Jim Broadbent), whom you might remember from the book liked to show favor towards the more able pupils, especially Harry. This causes further friction between Harry and Professor Snape (Alan Rickman).

This feature trailer is brilliant for many reasons; fantastic visual effects, great hints at some gripping storylines as well as lots of humor. Let's face it though, trailer or no trailer, we'd all still flock to the movies for this one. It's Harry Potter, after all.