Harry Potter and the Deathly Hallows: Part I Theatrical Trailer (2010)

The theatrical trailer for Harry Potter and the Deathly Hallows: Part I.

Harry, Ron and Hermione set out on their perilous mission to track down and destroy the secret to Voldemort's immortality and destruction -- the Horcruxes. On their own, without the guidance of their professors or the protection of Professor Dumbledore, the three friends must now rely on one another more than ever. But there are Dark Forces in their midst that threaten to tear them apart. Meanwhile, the wizarding world has become a dangerous place for all enemies of the Dark Lord. The long-feared war has begun and Voldemort's Death Eaters seize control of the Ministry of Magic and even Hogwarts, terrorizing and arresting anyone who might oppose them. But the one prize they still seek is the one most valuable to Voldemort: Harry Potter.

The Chosen One has become the hunted one as the Death Eaters search for Harry with orders to bring him to Voldemort...alive. Harry's only hope is to find the Horcruxes before Voldemort finds him. But as he searches for clues, he uncovers an old and almost forgotten tale -- the legend of the Deathly Hallows. And if the legend turns out to be true, it could give Voldemort the ultimate power he seeks. Little does Harry know that his future has already been decided by his past when, on that fateful day, he became "the Boy Who Lived." No longer just a boy, Harry Potter is drawing ever closer to the task for which he has been preparing since the day he first stepped into Hogwarts: the ultimate battle with Voldemort.

Producer David Heyman says that the original screenplay for Harry Potter and the Deathly Hallows came in at over 5.5 hours long, which justified it being made in two parts. Considering that the book was so rich with story, it makes sense.

When Harry, Ron, and Hermione apparate into a cafe in London, one of the posters on the wall is for the play, Equus, which Daniel Radcliffe starred in.

John Hurt reprises his role of wandmaker Ollivander. It's been 9 years since his previous appearance in a Harry Potter film.

A scene glimpsed in this trailer involves seven incarnations of Harry Potter. Filming for this was so complex that Daniel Radcliffe counted over 90 takes for one single shot.

Once again we return to the Wizarding world of Harry Potter and this time, it's for the first part of the final installment, if that makes sense. Basically, director David Yates, and producers David Heyman and J.K. Rowling all agreed that in order to do the mammoth seventh book justice, two films needed to be made.

In many ways, that's great. We're not going to feel short changed, like we did with The Order of the Phoenix, and also, with Rowling listed as producer for the first time, there's a better chance that Deathly Hallows parts one and two will incorporate more of the books and be closer to her vision.

The only sticking point, for me, is that breaking it into two movies means that this one isn't neatly wrapped up at the end. Now, you can argue that for all of the Harry Potter films, since they are part of a series, but it's especially felt here. Of course, if you're planning on having a Harry Potter film marathon of all eight movies, this won't come into play! 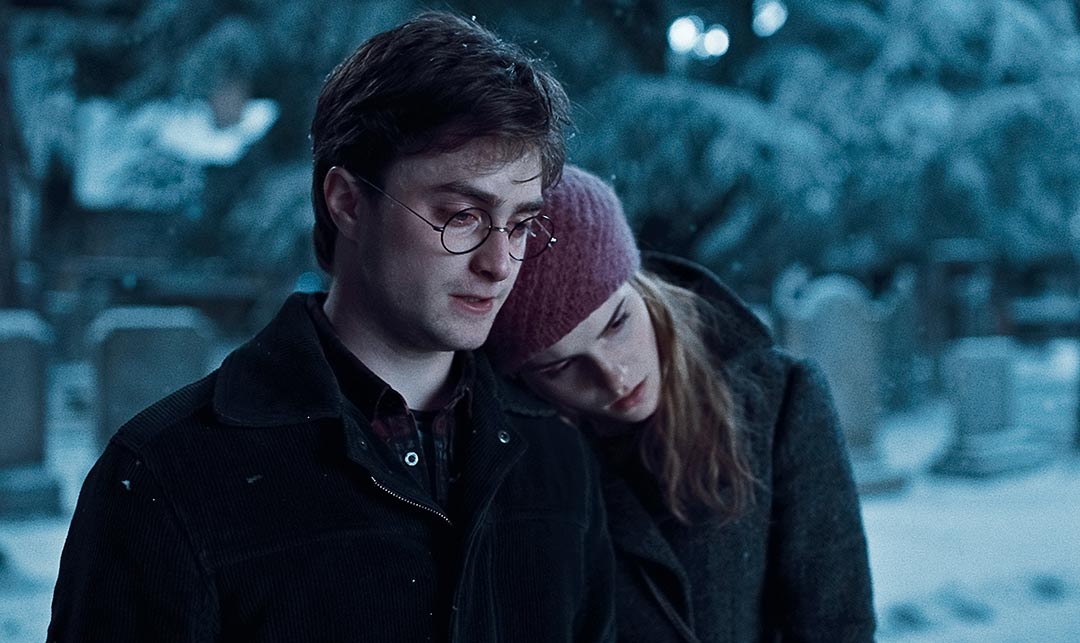 Following on from the previous movies, Deathly Hallows Part 1 is darker and more sinister and while it seems to have been a gradual progression through the movies thus far, it is very noticeable here. Hardly a surprise, given the events that took place at the end of Harry Potter and the Half-Blood Prince. In the unlikely event that you haven't seen that film, I'm not going to spoil it, but suffice to say that Harry is struggling to come to terms with a lot of issues, plus fighting Voldemort. The usual.

This time, our trio are no longer at Hogwarts and are instead, struggling to destroy all the horcruxes that contain bits of Voldemort's soul. As the trailer suggests, this is an emotive and difficult task for all concerned and one which will take a whole other movie to be fully resolved.

For a first part, this is a great movie. Harry Potter is a franchise that's grown with its audience and as a result, these dark, later movies are really great pieces of dramatic storytelling.


Harry Potter and the Deathly Hallows: Part I