Trailer for The Brothers Grimsby.

MI6's top assassin (Mark Strong) has a brother. Unfortunately for him, he's an English football hooligan (Sacha Baron Cohen) from the town of Grimsby. Nobby has everything a man from the poor English fishing town of Grimsby could want - 9 children and the most attractive girlfriend in northern England (Rebel Wilson). There's only one thing missing in his life: his little brother, Sebastian. After they were adopted by different families as children, Nobby spent 28 years searching for him. Upon hearing of his location, Nobby sets off to reunite with his brother, unaware that not only is his brother an MI6 agent, but he's just uncovered a plot that puts the world in danger. On the run and wrongfully accused, Sebastian realizes that if he is going to save the world, he will need the help of its biggest idiot.

Part of the movie might well be set in the northern English town of Grimsby, but the film didn't shoot there at all. All Grimsby scenes were actually shot in Essex, U.K.

....Which is probably just as well, since the residents of Grimsby were not very happy with how their town was portrayed.

The Brothers Grimsby is director Louis Letterrier's first foray into comedy. He does, however, have a strong history of directing action movies such as The Transporter and Now You See Me. 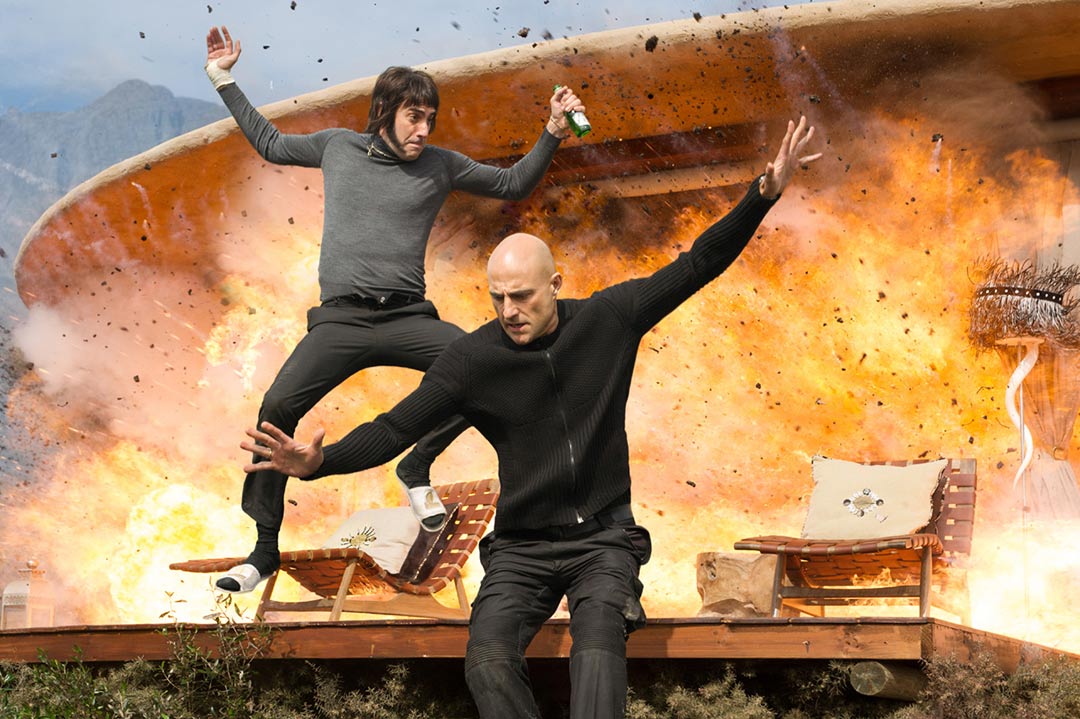 Fans of Sacha Baron Cohen's particular brand of comedy will be delighted that he is back for another big screen outing, and this time with a brand new collection of characters.

Following on from successes with Ali G, Borat, Bruno and The Dictator comes The Brothers Grimsby, billed as an action-comedy. It follows Nobby (Cohen) and his efforts to reunite with his long lost brother (Mark Strong) who is now working as an MI6 secret agent.

The action sequences previewed in The Brothers Grimsby trailer really do look impressive, but they seem slightly at odds with the humorous scenes. Maybe that will even out when watching the film as a whole. Either way, it's a good plot line which easily lends itself to plenty of visual gags and lots of laugh out loud moments.

As we have come to expect from Cohen, the humor is near to the knuckle and if you are easily offended, stay away! But if you like to let go and laugh it up at gags that are sometimes a little childish then the chances are that you'll enjoy this film.

Cohen has an undeniable talent for writing comedy. While it might not be to everyone's tastes, kudos to him for bringing something entirely different to the big screen. Strong is a welcome addition to the cast and he plays the straight man to Cohen's bumbling, idiotic Nobby very well indeed. This movie will be divisive, for sure, but fans of Cohen will love it.