Ghostbusters makes its long-awaited return, rebooted with a cast of hilarious new characters. Thirty years after the beloved original franchise took the world by storm, director Paul Feig brings his fresh take to the supernatural comedy, joined by some of the funniest actors working today – Melissa McCarthy, Kristen Wiig, Kate McKinnon, Leslie Jones, and Chris Hemsworth. This summer, they’re here to save the world! 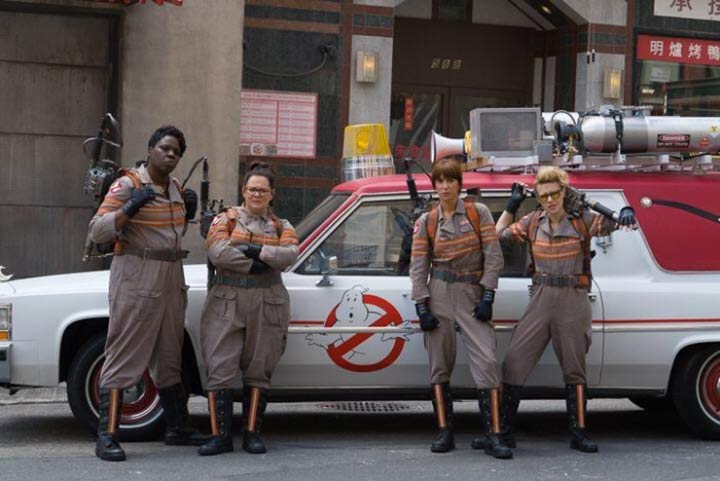 This will be Melissa McCarthy's fourth time working with Director Paul Feig. The other three films were:

This will be Kristen Wiig's third time working with Director Paul Feig. The other two films were:

When I first heard they were making a reboot of Ghostbusters, like almost everyone else I was worried. It has been many many years and the original guys, more specifically Bill Murray, turned several prior attempts to make a third film down because they felt it was not right to attempt another sequel. And I agree.

This trailer gives us our first look at the film and while they are committed to staying true to the look of the original ghost and throwing in as much comedy as they can, it feels like a hot mess. The back story is still a bit of a mystery to me on how they are going to justify these 4 ladies getting together to fight the ghosts that have returned, and the whole feel I get from our first look is everything is forced and this film will be a huge disappointment.