Getaway is the gritty, heart-pounding action thriller in which former race car driver Brent Magna (Ethan Hawke) is pitted against the clock. Desperately trying to save the life of his kidnapped wife, Brent commandeers a custom Shelby Cobra Mustang, taking it and its unwitting owner (Selena Gomez) on a high-speed race against time, at the command of the mysterious villain holding his wife hostage.

There is no CGI used for the car crashes in the film, they are all actual cars being destroyed. 130 cars were destroyed. The production had its own junkyard for the cars. Ethan Hawke did his own stunts and did not require a stunt driver. He attended a racing school to learn how to properly control the vehicle.

Getaway was filmed Bulgaria in May to June of 2012 with a budget of $18 million. The film was a critic and commercial failure earning mostly negative reviews and just under $12 million at the box office. 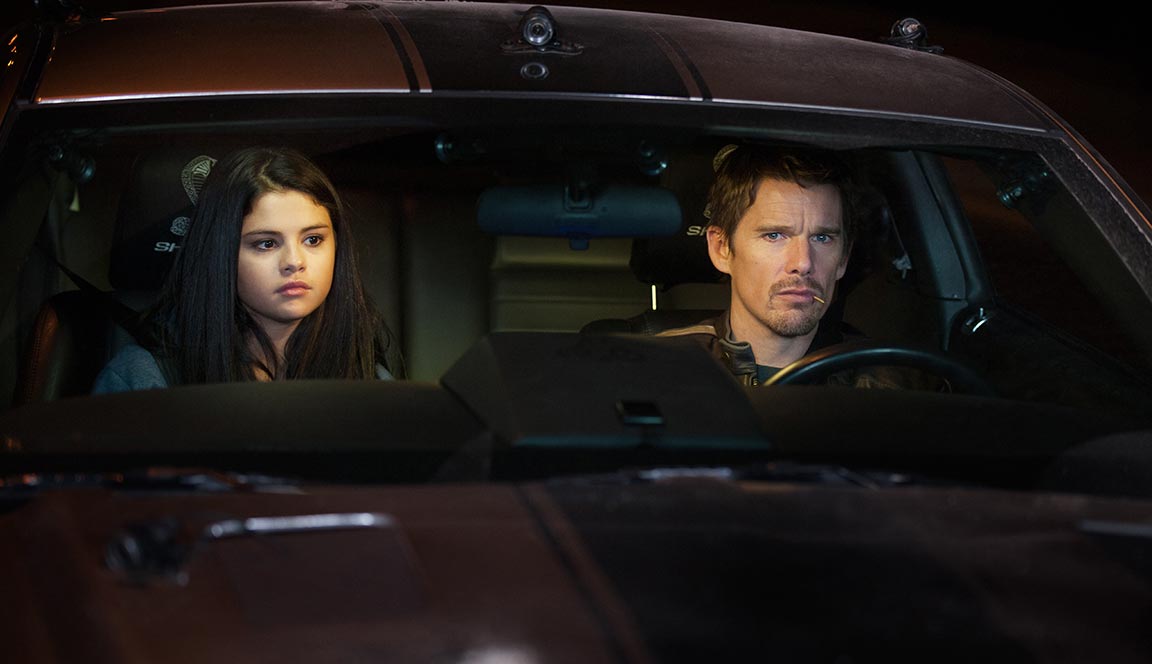 Ethan Hawke is an incredibly talented actor who chooses roles in films that seem interesting or fun to him. There does not seem to be a lot of over-calculated thinking on his part because he is an established actor who can work on independent films, big-budget films, and quality horror films. That being said, the trailer for the action film, Getaway is a bit of a disappointment.

Sure, there is a fast car and a race against time to save Hawke’s wife but for what reason exactly? The problem with movies like Getaway is that no matter how believable or credible a reason to capture someone’s wife just to get them to drive all night for their own entertainment, it feels like an exhausted plot that no one needed in the first place. Hawke’s character is a professional race car driver which only seems relevant because it implies that he may have skills behind the wheel, but come on. Selena Gomez plays the most non-threatening, tiny and adorable mugger ever which makes the trailer even more laughable.

The person controlling this whole operation is a mysterious voice, which has to have an accent of course, who speaks to Hawke and manages to know and see every move he makes which is just another reason why advanced electronic features in cars are just asking for trouble. The trailer for Getaway is not terribly exciting or enjoyable and the presence of a great actor like Ethan Hawke, and I truly believe he is great, along with Gomez who is just trying to build up film credits, seems like its own hostage situation.