Senior Charlie Brewster (Anton Yelchin) finally has it all going on: he's running with the popular crowd and dating the most coveted girl in his high school. In fact, he's so cool he’s even dissing his best friend. But trouble arrives when Jerry (Colin Farrell) moves in next door. He seems like a great guy at first, but there’s something not quite right—but everyone, including Charlie's mom (Toni Collette), doesn't notice. After observing some very strange activity, Charlie comes to an unmistakable conclusion: Jerry is a vampire preying on the neighborhood. Unable to convince anyone, Charlie has to find a way to get rid of the monster himself in this Craig Gillespie-helmed revamp of the comedy-horror classic.

Chris Sarandon is the only actor to be in all of the Fright Night movies. The original in which he was one of the leads, a flashback in the sequel and he has a cameo in the remake.

In the early stages of development Heath Ledger was considered for the role of Jerry, the vampire. Unfortunately, he passed away in January 2008. Colin Farrell was one of the actors who filled in for Heath Ledger’s role in The Imaginarium of Doctor Parnassus, which was filming at the time of his death. Of the principal cast, the only one who did not have to fake an American accent was Anton Yelchin and Christopher Mintz-Plasse.

The film opened at number 7 in its opening weekend but was slowly able to recoup its $30 million budget. There was a direct-to-DVD sequel called Fright Night 2: New Blood. The film is titled as a sequel but follows the exact plot of the original and the remake. 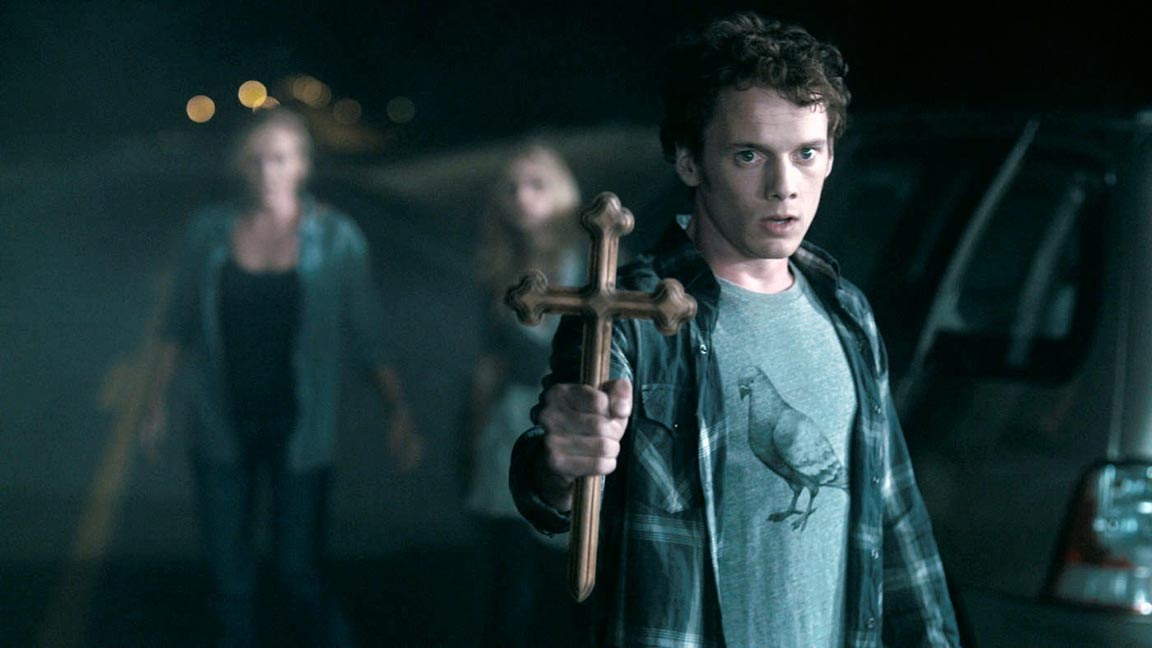 Another remake, but the trailer for Fright Night gives hope for the possibility of a remake being better than the original. The incredibly likable Anton Yelchin plays a teenage boy who suspects his neighbor is a vampire after McLovin tells him that is a likely possibility. If Colin Farrell was my neighbor, I would assume he was a vampire too or just up to no good in general. Imogen Poots is her gorgeous self as Yelchin’s girlfriend who is obviously too sexy for a vampire not to want to dig his teeth into. So our sweet little Yelchin has to be a big boy and slay some vampires so he can protect his girlfriend and his single mother.

There are plenty who may be fans of the original and hate the idea of a remake, but to be completely fair, the original Fright Night seems almost bland and dull compared to this glossy version. Colin Farrell is a pretty perfect vampire too, seeing as any reasonable person would be seduced by his ways despite their better judgment. There is plenty of horror and action with talented actors that make for a film anything but frightening.

Posted On
May 13, 2011
Director
Craig Gillespie