The trailer for Four Christmases. When upscale, happily unmarried San Francisco couple Kate and Brad find themselves socked in by fog on Christmas morning, their exotic vacation plans morph into the family-centric holiday they had, until now, gleefully avoided. Out of obligation—and unable to escape—they trudge to not one, not two, but four relative-choked festivities, increasingly mortified to find childhood fears raised, adolescent wounds reopened... and their very future together uncertain. As Brad counts the hours to when he can get away from their parents, step-parents, siblings and an assortment of nieces and nephews, Kate is starting to hear the ticking of a different kind of clock. And by the end of the day, she is beginning to wonder if their crazy families' choices are not so crazy after all.

Vince Vaughn did not participate in any promotion for Four Christmases amid rumors that he and Reese Witherspoon did not get on during filming.

Vince Vaughn's father, Vernon Vaughn, continues his tradition of making a cameo appearance in his son's films. So far he's appeared in Swingers, Made, and The Break-up. In Four Christmases, he can be seen sitting behind Reese Witherspoon during the church Christmas play.

The four actors playing the parents, Robert Duvall, Sissy Spacek, Jon Voight, and Mary Steenburgen, are all Oscar winners. Vaughn and director Seth Gordon both say that the message of this movie is to spend time with family over the holidays, however bad your family members are! 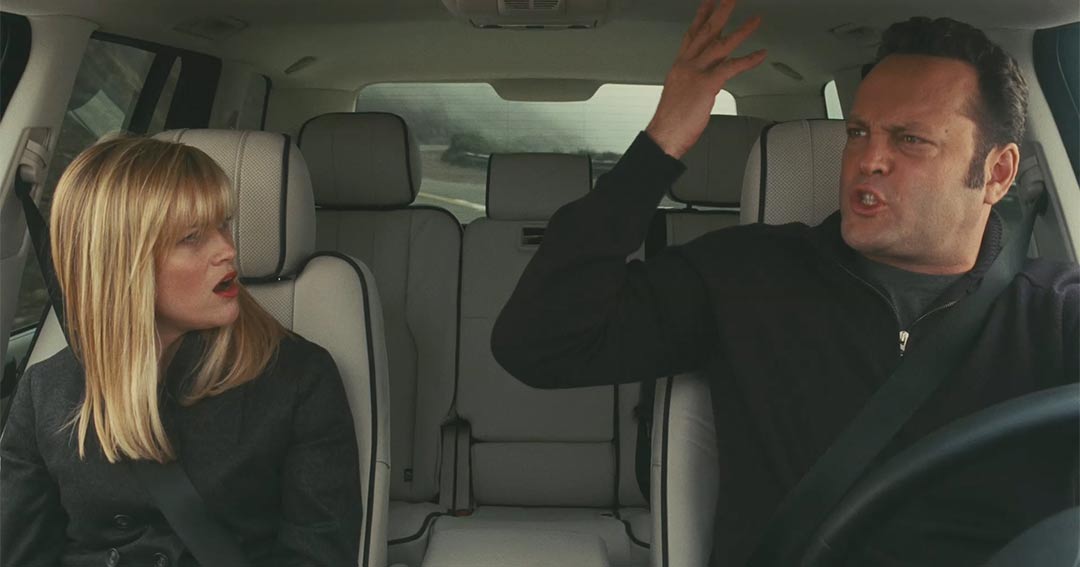 I'm not a massive fan of Vince Vaugh, but I do like Reese Witherspoon's work, especially her comedy, so I was interested to see the trailer for Four Christmases. It tells a story that nearly anyone with divorced parents can relate to; trying to visit everyone over the holidays and trying to keep everyone happy, while still having a good time yourself. It can be a nightmare.

In this movie, Brad and Kate are a couple who, desperate to avoid Christmas with the family, go on vacation each year instead, while pretending to do charity work. When all flights are grounded, they find themselves with no alternative but to head to each of their parents over the festive period, meaning four Christmases.

From the trailer each parent is, presumably, very different from the last, meaning a different dynamic for each visit. This of course leads to conflict between Kate and Brad for various reasons, as well as lots of comedy moments.

It really remains to be seen if the comedic segments are actually all that funny; certainly the trailer didn't really make me laugh in fact, it seemed a bit dull. I did like the baby puking at the end though; my reaction would have been exactly the same as Brad's.

The trailer just doesn't grab me at all, whereas when I usually watch Witherspoon her character jumps right out of the screen at me. If you're of the opinion that a trailer should entice you into watching the movie, then I think it's safe to say that Four Christmases trailer has missed its mark.