Fantastic Beasts and Where to Find Them Trailer (2016)

Trailer for Fantastic Beasts and Where to Find Them, which was aired during the 2016 MTV Movie Awards.

Fantastic Beasts and Where to Find Them opens in 1926 as Newt Scamander has just completed a global excursion to find and document an extraordinary array of magical creatures. Arriving in New York for a brief stopover, he might have come and gone without incident...were it not for a No-Maj (American for Muggle) named Jacob, a misplaced magical case, and the escape of some of Newt’s fantastic beasts, which could spell trouble for both the wizarding and No-Maj worlds.

With the arrival of another film installment to the Harry Potter world, many have run to local bookstores and Amazon to get caught up on Fantastic Beasts and Where to Find Them only to discover that two books exist with this title. One is by J.K. Rowling, as expected, while the other is authored by the film's star character, New Scamander. As you might expect, that book is typically out of stock.

"A copy of of the novel resides in almost every wizarding household in the country. Now Muggles too have the chance to discover where the Quintaped lives, what the Puffskein eats, and why it is best not to leave milk out for a Knarl."

JK Rowling released a series of writings that were meant to serve as an introduction to the story to be seen in the film, which can be read in History of Magic in North America. 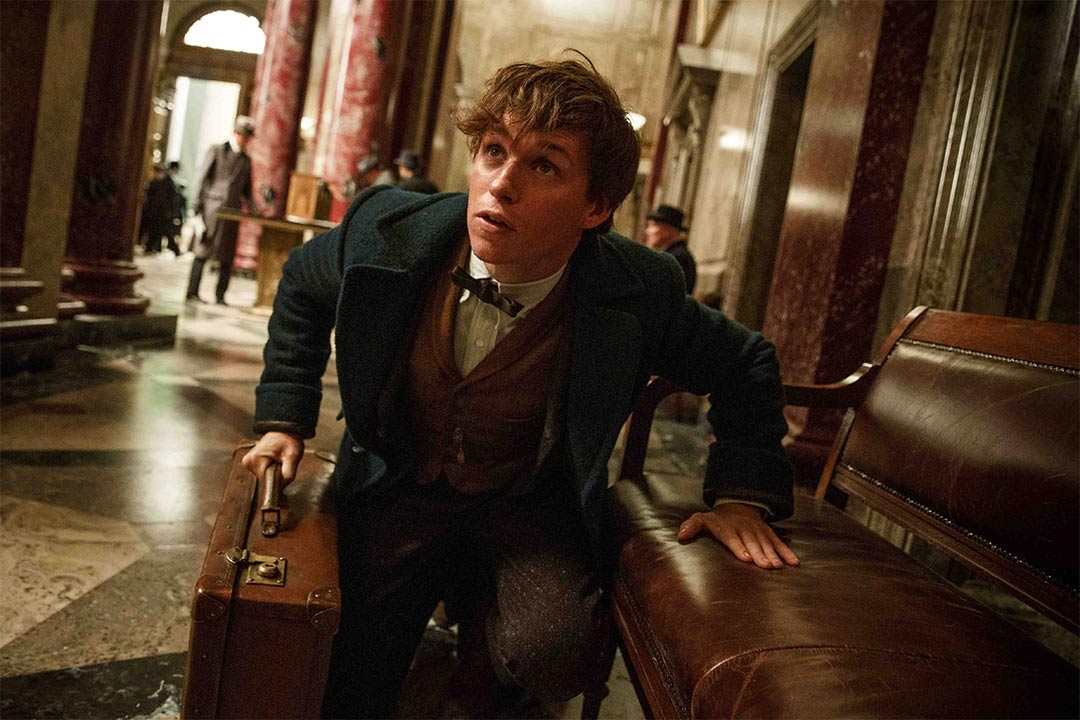 I like to believe I have a fairly strong ear for music -- especially film scores -- and I can't help but feel the music used in the Fantastic Beasts and Where to Find Them trailer successfully mixes "Evey Reborn" from the V for Vendetta OST, with the Harry Potter melody we've come to instantly recognize. Don't hear what I'm hearing? Well, take a look at the trailer for Interstellar, and try to tell me you are not hearing what I am hearing. In short--I love the music choice. Something new while reminding audiences what franchise Fantastic Beasts still belongs to.

Showing off a ton more visuals, the one thing that the trailer for Fantastic Beasts and Where to Find Them fails to do is unleash Don Fogler and his particular brand of humor. Eddie Redmayne is great of course, but he typically is. What we're more curious about is the supporting cast. Colin Farrell in a Potter-esque movie? Sounds awesome, and he looks a natural at er, throwing around some magic.

All in all, Fantastic Beasts and Where to Find Them seems to have not lost any of the magic from the Potter franchise, and takes an additional step of adding even more charm to this magical world. Looking forward to the next trailer as the film approaches its theatrical release.

As, let's be honest, we haven't really seen any Fantastic Beasts yet.