The trailer for Fanboys. It's 1998 and Star Wars fanboys across the globe eagerly await the release of Episode I. But for Eric, Linus, Hutch and Windows the term "fanboy" is more than just a title, it's a badge of honor. Spurred by impatience and an undying loyalty to their cause, these former high school friends reunite to undertake the road trip of their fan-tasies. Traveling West across the country to visit their Mecca - George Lucas' Skywalker Ranch - the plan is to break in, steal the film and stake their claim as the first fanboys in history to watch it. But to secure their place in the fanboy hall of fame, they'll have to contend with bizarre bikers, a crazy pimp, a deranged group of trekkies and the quiet intensity of William Shatner.

The coffee shop in the film is called Java the Hut which is a play on the name Jabba the Hutt from Star Wars. Although Fanboys references Star Wars often, this is also a reference to Kristen Bell’s beloved show Veronica Mars as it was the name of the coffee shop Veronica Worked. One of the early promotional posters read, “Coming to a Galaxy in 2007” but the film was not released until February 8th. 2009. It was filmed three years earlier in early 2006.

Fanboy actors Seth Rogen, Jay Baruchel, Danny McBride, and Craig Robinson are also all in the film This is the End. The actors have all worked with each other multiple times.

Jorge Garcia was originally going to play Harry Knowles, but filming for Lost kept him from doing it. Kevin Smith was then going to play Knowles and was excited to do so, but the editing for Clerks 2 caused him to turn down the role at the last minute. Ethan Suplee filled in the last minute. 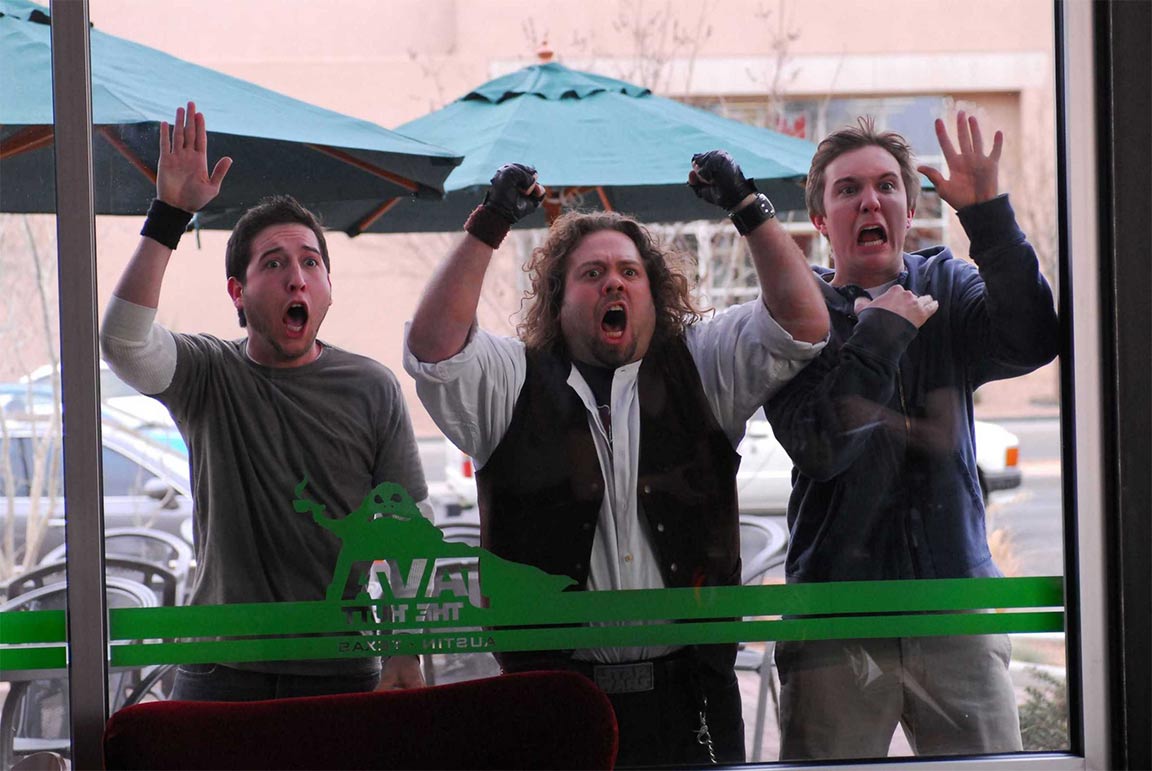 As an admitted nerd, the trailer for Fanboys is everything I want and more in a comedy. The group of fanboys which includes the always delightful Jay Baruchel, Sam Huntington, Chris Marquette, and Dan Fogler who are all familiar and likable actors. Kristen Bell is the Fangirl in the film and she is adorable with her black hair and glasses, making her look less like Veronica Mars and more like Velma Dinkley.

The plot of the film takes the idea of the heist movie but makes their target the Skywalker Ranch, because what would be more valuable to a bunch of fanboys than George Lucas’s secret lair? The trailer for Fanboys has a lot of energy and is targeted for a specific group of people but appears to also be able to cast a wider net with its charm and talented cast.

The trailer also earns extra points for introducing Princess Leia, Jay, the hot chick from Sin City, Captain James T. Kirk, and Kevin Smith as the “Guy from Die Hard 4”, among others. It may actually be the best cast introduction in a movie trailer. Whether you are a fanboy, fangirl, fanperson, or just someone who is open to watching a comedy about them, the Fanboys trailer promises a great time. 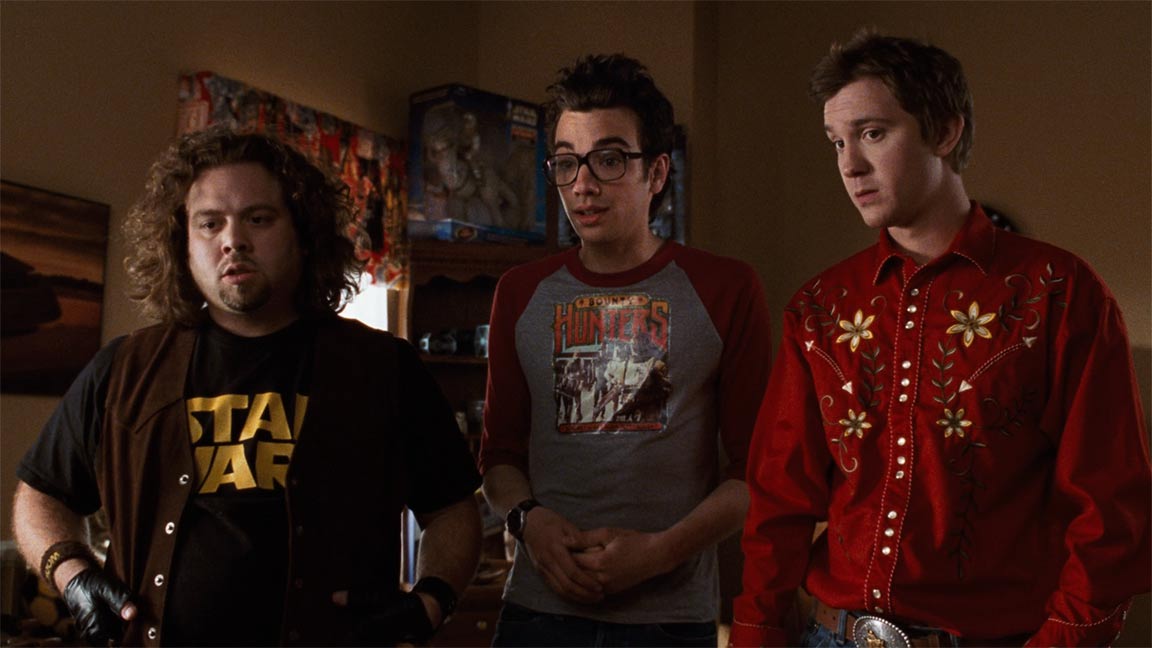