The trailer for Everything Must Go.

Everything Must Go tells the story of a career salesman whose days of being on top are long gone. The same day Nick gets fired, for falling off the wagon one last time, he returns home to discover his wife has left him, changed the locks on their suburban home and dumped all his possessions out on the front yard. Faced with his life imploding, Nick puts it all on the line - or more properly, on the lawn - reluctantly holding a yard sale that becomes a unique strategy for survival.

The film’s premise was based on a short story by writer Raymond Carver called “Why Don’t you Dance”. The director of Everything Must Go asked Carver’s widow for permission to extend the story and add additional characters for the purposes of a movie. The film ended up listed in 2008’s Blacklist. The Blacklist is a yearly list of the most liked screenplays that have been unmade.

The film was made on an exceptionally small budget of $5 million but still could not manage to earn back that money. The film made just under $3 million. 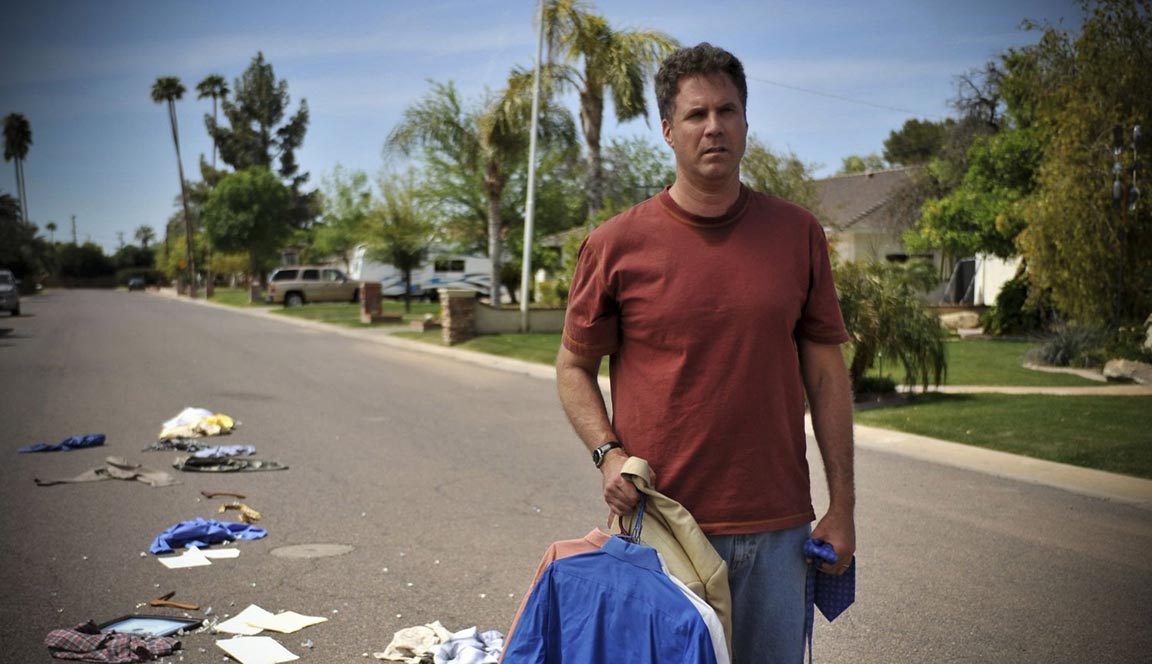 The trailer for Everything Must Go is a bit of an emotional experience which is saying a lot about a movie starring Will Ferrell. Ferrell plays a man who is having the worst time in his life after losing his job, his wife, and his own home. All of his stuff was placed on the lawn of his house so of course he may as well have a yard sale. His front yard has also become his temporary home and he begins to make friends with his neighbors. The lovely Rebecca Hall plays one of those neighbors. She is sweet and helpful and beautiful which should really make him feel a lot better about getting a divorce from his crazy wife who threw all his stuff on their lawn.

Ferrell also makes friends with a pudgy neighbor boy and if The Bad News Bears has taught us anything it is that a middle-aged man with a drinking problem and a penchant for bluntness can be the best friend a little outsider child can have.

Everything Must Go is filled with humor, sadness, and a glimpse of how life can just keep tripping you up. Will Ferrell may play goofballs a lot but the man can act and he has such a temperament and personality that it is impossible not sympathize with him and find him utterly charming. The trailer has it all, a good premise and a likable cast making the whole experience a delight.