On a December morning in 1970, the King of Rock ’n Roll showed up on the lawn of the White House to request a meeting with the most powerful man in the world, President Nixon. Starring Academy Award nominee Michael Shannon as Elvis Presley and two-time Academy Award winner Kevin Spacey as Richard Nixon, comes the untold true story behind this revealing, yet humorous moment in the Oval Office forever immortalized in the most requested photograph in the National Archives.

Elvis & Nixon is based on a real-life meeting between the pair, when Elvis showed up at the White House asking to be made a Federal Agent.

Eric Bana was originally cast in the role of Elvis but dropped out.

Both Kevin Spacey and Michael Shannon have received Oscar nominations for appearing in films directed by Sam Mendes; Spacey was nominated for American Beauty and Shannon for Revolutionary Road.

Spacey also plays a President in Netflix series, House of Cards. In season 4, his character says he wishes he could be Nixon. 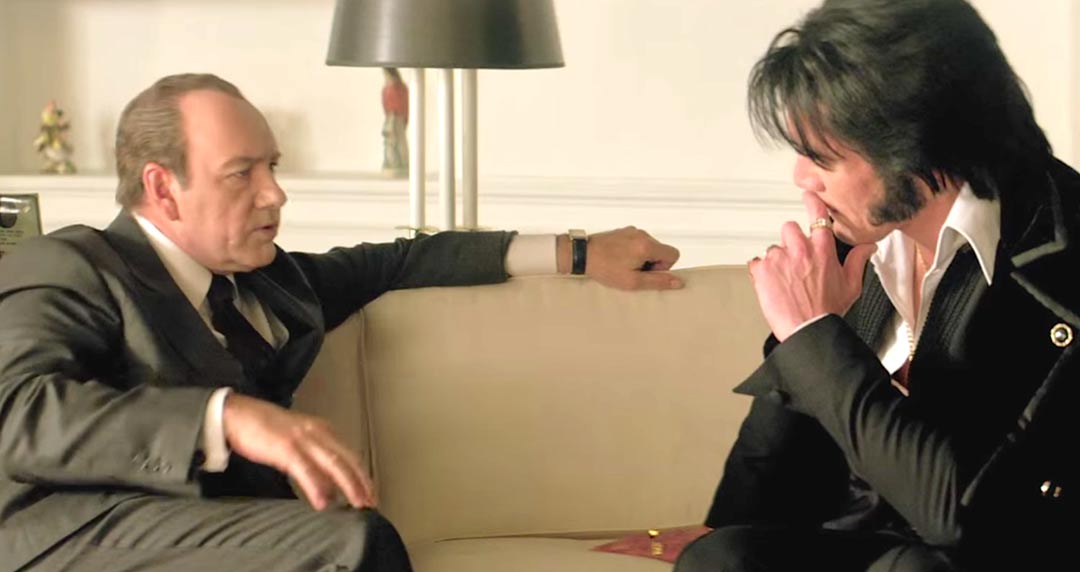 It's little surprise to learn that the photo documenting the 1970 meeting between President Nixon and Elvis is the most requested photo from the National Archives, because the whole episode is entirely bizarre from start to finish.

Elvis just randomly and without warning turned up at the White House one day and asked to meet the President. His reason? He wanted to be made a Federal Agent. Well, I'd like to be Secretary of State, but I don't think they'd just allow it if I asked nicely. But, Elvis was Elvis, the undisputed King of Rock and Roll.

I've been hearing about this movie for a long time and now I am finally watching the trailer, I find it's better than I thought it would be, and actually, it really makes me want to see the whole thing. For a start, Kevin Spacey is a brilliant actor and from the looks of this trailer, his Nixon is going to be a great thing to watch.

Then we move onto Michael Shannon as Elvis. Now, he looks nothing like him, I know, and neither does he (in my opinion) sound much like him...but he has that Elvis swagger, that charm and cheekiness that made Elvis the King. I am an Elvis nut, and though I can be overly critical of how he's portrayed by impersonators or actors, it looks to me as though Shannon has done a decent job.

The trailer is also much more humorous than I expected; particularly the lines about the M&M's and the Dr. Pepper. There are some great touches here. I'm still intrigued to see how they've managed to make a full length film out of one short meeting, but if the film can keep up the tone set by this trailer, then I think it could be a really fun one to watch.