Trailer for Eddie the Eagle.

Inspired by true events, Eddie the Eagle is a feel-good story about Michael “Eddie” Edwards (Taron Egerton), an unlikely but courageous British ski-jumper who never stopped believing in himself – even as an entire nation was counting him out. With the help of a rebellious and charismatic coach (played by Hugh Jackman), Eddie takes on the establishment and wins the hearts of sports fans around the world by making an improbable and historic showing at the 1988 Calgary Winter Olympics. From producers of Kingsman: The Secret Service, Eddie the Eagle stars Taron Egerton as Eddie, the loveable underdog with a never say die attitude.

Eddie the Eagle states that it is 'based on true events' rather than being an actual biopic about Eddie 'The Eagle' Edwards. In an interview, Eddie Edwards stated that he had been told only 10% of the film would actually be based on his real life.

Rupert Grint (Harry Potter) and Steve Coogan (Night at the Museum) were both considered for the role of Eddie, but it went to Taron Egerton.

During the film, there is a scene where a radio broadcast refers to the Jamaican Bobsled team; that's the same team that were the subject of the film, Cool Runnings. 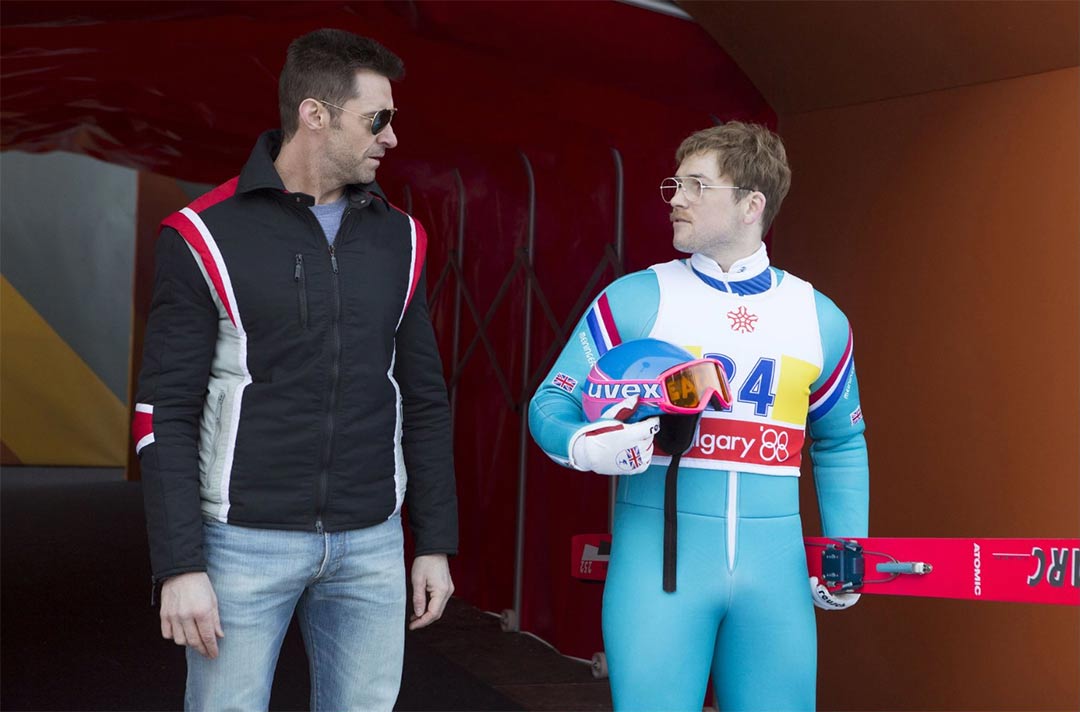 Eddie 'The Eagle' Edwards is something of a national treasure; a British institution, if you will. Here in the U.K., we love a good underdog story and Eddie is that personified.

In that respect, it's great to hear that his battle to get to the 1988 Winter Olympics is finally being told, but a bit underwhelming to know that only 10% of it is based in truth. However, that doesn't mean this movie won't be a good watch. Certainly the trailer is every bit as inspiring and uplifting as one would hope for.

Taron Egerton is a young actor who goes from strength to strength and his character here is a world away from the his role in Kingsman: The Secret Service. He really is showing himself to be a great character actor, and the chance to watch him play off against Hugh Jackman is too good to pass up.

Whether this film tells Edwards' story in the way that we want, or whether it's had a Hollywood shine added to it, almost doesn't matter. What's important here is the message this film gives out, and it's one that comes across clearly even in the trailer. It's a message of triumph over adversity, of digging deep, pushing through and having a determination to always do ones best.

With that in mind, Eddie the Eagle looks to be a great family film, even if those who remember Edwards' time at the Olympics do need to suspend belief for a couple of hours.