The International trailer for Dorian Gray.

Based on the classic novel by Oscar Wilde, Dorian Gray tells the story of a strikingly beautiful young man named Dorian (Ben Barnes). He arrives in Victorian London and is swept into a social whirlwind by the charismatic Henry Wotton (Colin Firth), who introduces Dorian to the hedonistic pleasures of the city. When a portrait of Dorian is unveiled, such is it's beauty that he makes a pledge: he would give anything to stay as he is in the picture - even his soul.

Dorian Gray examines the destructive power of beauty, the blind pursuit of pleasure and the darkness that can result.

Ben Barnes is not an exact match to what Oscar Wilde had in mind when he described Dorian Gray. For instance, Dorian Gray has blonde hair.

Colin Firth and Emilia Fox play husband and wife in Dorian Gray; in Pride and Prejudice, they were siblings.

This is the second movie Rachel Hurd-Wood has made focusing on an eternally youthful male lead. The first was Peter Pan, in 2003. 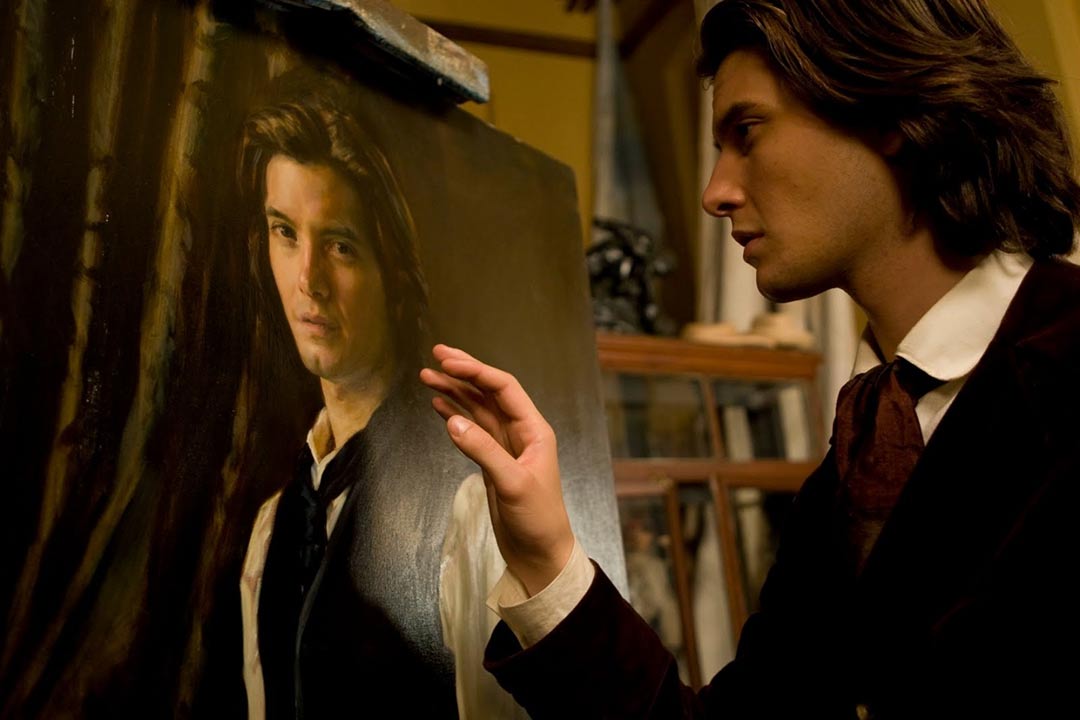 The Picture of Dorian Gray is an exceptional piece of writing from Oscar Wilde, and its plot means it i ripe for retelling. Indeed, it has been, many times, mostly on the stage. Now Ben Barnes stars as the ever youthful, beautiful Dorian Gray, with Colin Firth as Henry Wooton.

Those unfamiliar with Wilde's work might be surprised that this trailer is so dark and twisted, but it is exactly as Wilde wrote it. Dorian Gray is a dark, gothic horror and it's incredibly disturbing. On the plus side, the visual appeal of both Barnes and Firth is a major plus.

As you'll gather from the trailer, Dorian Gray retains his beauty, able to commit any atrocious sin he chooses, while locked away in an attic, his portrait bears the visual effects of each crime or sin he commits. His twisted, hedonistic lifestyle includes debauched behavior with groups of women, causing his pregnant girlfriend to drown herself, killing men, and generally being an awful person to be around.

Dorian Gray follows Wilde's work fairly faithfully; it's such a rich story that no embellishments or deviations are really needed. However, the execution of the script leaves a lot to be desired, and I doubt Mr. Wilde would have made much of it, were he alive today.

Firth is normally a good actor, but he's surprisingly wooden here, perhaps because the movie's star, Barnes, doesn't give him much to play off of. Barnes is pretty to look at, so perfect casting in that respect, but that's unfortunately where it ends. It's sad really, because as a big fan of Wilde's work, I really wanted this movie to work.