Feature trailer for Despicable Me 2.

Gru, the girls, Dr. Nefario and the unpredictably hilarious minions return, along with a host of new characters.

The voice actors are filmed the entire time they record their parts. Steve Carell's wife said she had a great time pointing out his gestures and expressions on Gru.

Kristen Wiig returns to the Despicable Me franchise, but not as the same character. In the first movie she played Miss Hattie, and in Despicable Me 2 she plays Lucy Wilde.

The reason Minions are so short is because of the low budget for the first film; their diminutive stature makes them easier to animate.

There are at least two Minions named Kevin. 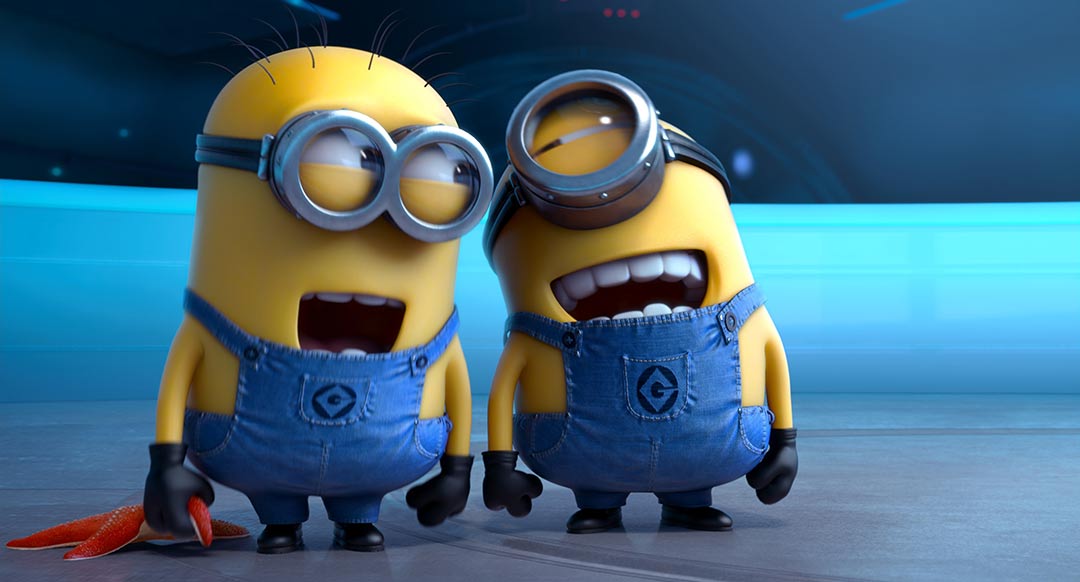 After the success that Illumination Entertainment enjoyed with Despicable Me, it's little surprise to know that they have made a sequel. Despicable Me 2 picks up pretty much where the first one left off, and Gru is happy with his life, being a dad to Edith, Agnes and Margaret, and working as a legitimate businessman.

However, the arrival of Lucy Wilde, an Anti-Villain League agent, turns Gru's life upside down as he reluctantly agrees to partner her to hunt down a super-villain. I'm not going to give away the ending, but let's just say it's a happy one, and it made me cry. Really.

There are also a whole host of new characters this time around, and each one is great but especially Lucy Wilde, whom I totally fell in love with. Gru is always lovely, and his children are adorable.

Though some might get annoyed at the Minions, because of merchandising and promotional overkill, they are arguably at their best here. Nearly all of the big laugh-out-loud moments (and there are many) come as a direct result of their antics.

Take a look at the trailer. Okay, so I know we're all adults but there's something utterly hilarious about two Minions laughing over the word 'bottom.' Let's face it, we're all thinking it when the man introduces himself.

The Despicable Me movies are wonderful for so many reasons. There's plenty of humor but also real heart, and also, Despicable Me 2 is one of the rare instances where the sequel is better than the first installment.