Trailer for City of Joy.

Hazari Pal lives in a small village in Bihar, India, with his dad, mom, wife, Kamla, daughter, Amrita, and two sons, Shambhu and Manooj. As the Pal are unable to repay the loan they had taken years ago from a moneylender, their land and property are auctioned, and they are rendered homeless. Hazari and his family re-locate to Calcutta with hopes of starting life anew, save some money and go back to Bihar, as well as get Amrita married. Things do not go as planned, as they lose their entire savings to a con-man, Gangooly, who took their money as rent by pretending to be a landlord. Then Hazari gets an opportunity to take up driving a rickshaw manually through a local godfather, Ghatak. He gets to meet a American, Dr. Max Lowe, and together they strike up a friendship along with a local social worker, Joan Bethel. Misunderstandings crop up between Joan and the Godfather, resulting in the shutting down of their shanty medical clinic. When Hazari sides with Joan, his rickshaw is taken away. Things get worse when the Godfather passes away, leaving his estate to his way-ward son, Ashok Ghatak, who has plans to do away with the slums, especially the lepers who have now started frequenting the locality, Max, Joan and above all Hazari himself, and he is determined to take the "joy" of living in Calcutta. 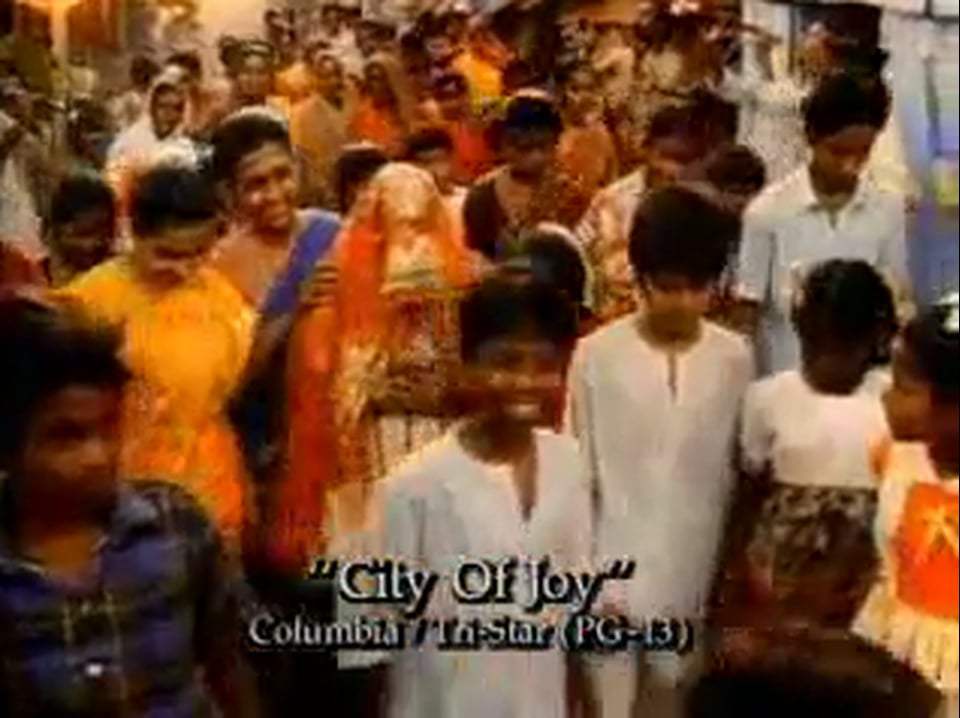