Trailer for Cell that was released to international markets.

In this highly anticipated adaptation of Stephen King’s bestselling apocalyptic thriller, John Cusack, Samuel L. Jackson and Isabelle Fuhrman star as one of the few survivors of a murderous epidemic fending off bloodthirsty predators who have been dangerously re-programmed to kill by a mysterious worldwide phone signal.

Cell takes a somewhat novel approach to the zombie apocalypse. While World War Z had a modified rabies virus go out of control, and The Girl With All the Gifts put the blame on a particular family of fungus, Stephen King decided that his hatred of cell phones would result in a particular cell signal that immediately leads to er, zombification. While Zombie tales typically come with tons of science that cover the biology of what makes a zombie, this installment leaves it a bit more of a mystery. 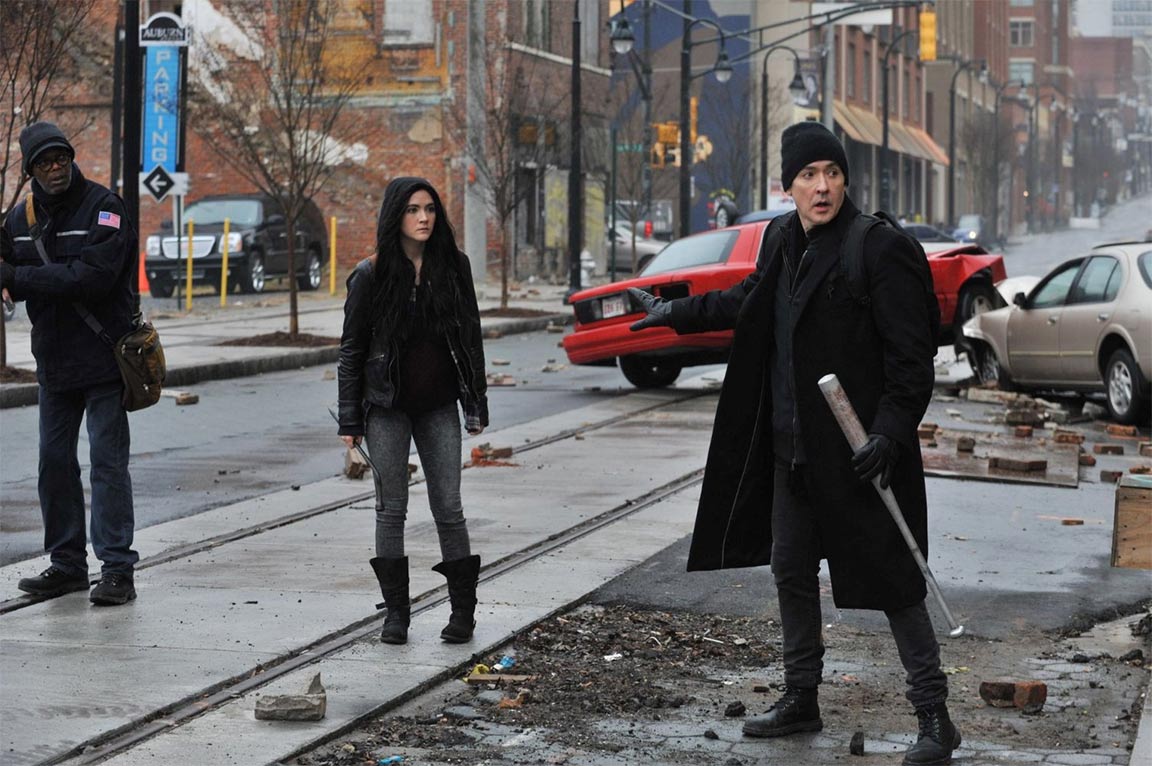 The international trailer for Cell looks terrific, and is a whole bunch better than the domestic version. My only reservation I have about the film is the fact that I absolutely hated the book. If I were to have my own book club, Stephen King's zombie tale would be on the bottom of the list, right next to the Wheel of Time series; what a waste of time those books were.

Judging the film on its own merits, it looks like a terrific supernatural thriller and [possibly] a solid addition to the Zombie genre. That is, if the critical acclaim shown here and on the quad poster are to be believed. I will still keep my reservations based on the material -- FYI, The Girl with All the Gifts is a fantastic book -- but Cell could represent one of the rare films that actually improves on the source material.