The film is based on the children's novel series "Captain Underpants" by American author and illustrator Dav Pilkey. The series follows two fourth graders, George Beard and Harold Hutchins, and Captain Underpants, an aptly named superhero from one of the boys' homemade comic books, that accidentally becomes real when George and Harold hypnotize their ill-tempered principal, Mr. Krupp. The Captain Underpants series includes 12 books and 3 spin-offs, and won a Disney Adventures Kids' Choice Award on April 4, 2006. As of 2016, the series had been translated in over 20 languages with more than 70 million books sold worldwide! 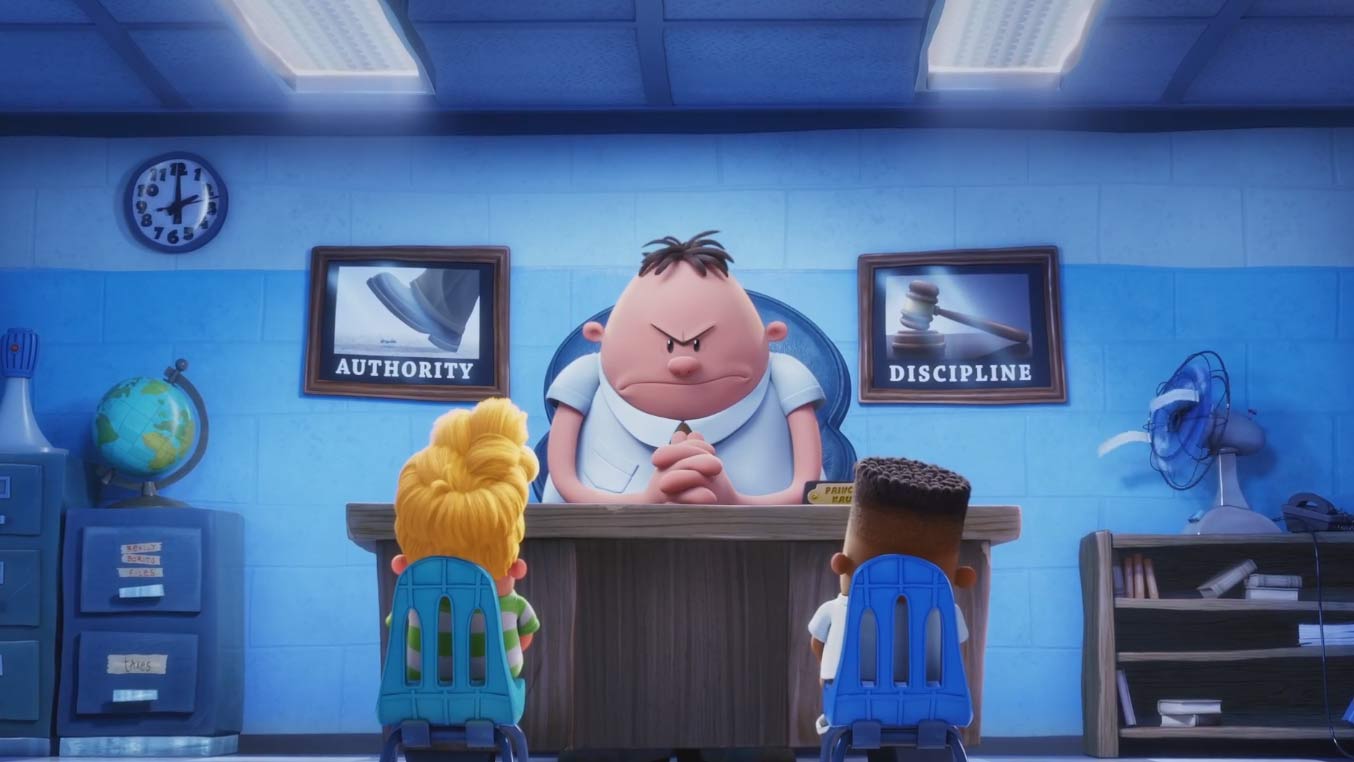 Although these Captain Underpants books are wildly popular, they do not come without any controversy. The series has been banned in some schools for insensitivity and being unsuited to age group, as well as encouraging children to disobey authority. Plus there are many parents who do not care for the "potty" humor. Also, the 12th book received controversy due to a reference to Harold being gay and some elementary schools have banned the book just for this reason.

You find any wildly successful book, and it is a matter of time until Hollywood turns it into a movie, no mater the subject. And that is exactly what we have here. 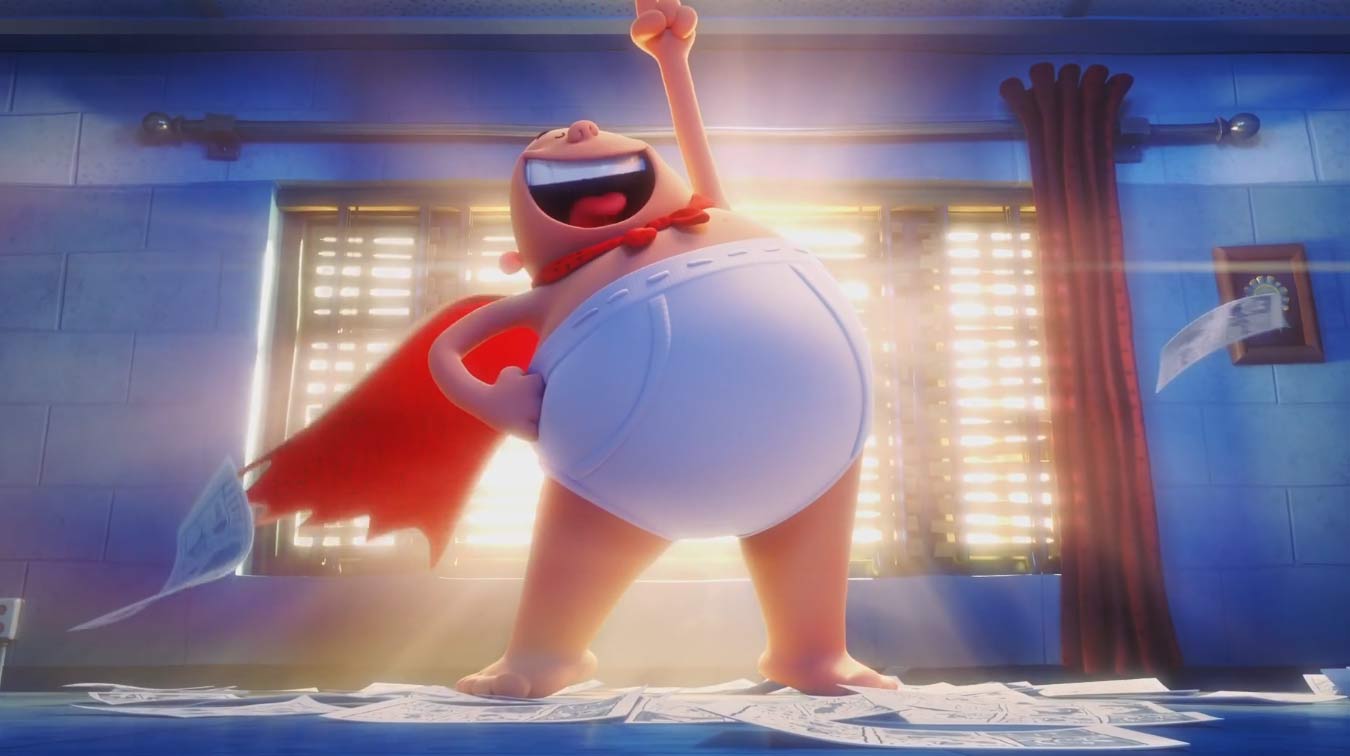 The animation is very reminiscent of the old school look that was also used in The Peanuts Movie. I am not sure why they chose to go this route...possibly to appeal more to the younger generations? It doesn't really bother me, just an interesting choice.

To tell you the truth, Captain Underpants: The First Epic Movie, looks to be the first animated movie in quite a while that seems to cater solely toward kids. You will typically see in an animated movie plenty of jokes and references to appeal to the adults in the theater, but here it looks like they went a different direction. Which has me worried about how much I will enjoy this film since I know my kids are going to drag me to see it. If it was not for them I would be skipping this one.