Deep in the forests of the Pacific Northwest, isolated from society, a devoted father (Viggo Mortensen) dedicates his life to transforming his six young children into extraordinary adults. But when a tragedy strikes the family, they are forced to leave this self-created paradise and begin a journey into the outside world that challenges his idea of what it means to be a parent and brings into question everything he's taught them.

Captain Fantastic production started with a bang when it was announced in February, 2014, that Viggo Mortensen would star. Now, if you are counting the months, yes, it has been a while since that announcement, but that is only because casting continued on for another half year and only completed after principle photography had already begun. So who was added late? Well, if you watch the trailer for the film, you can probably predict that the city-based characters didn't need to film their scenes right away. So yes, castmembers such as Steve Zahn, Missi Pyle and Kathryn Hahn were the last to come aboard.

Captain Fantastic was completed in time for its world premier at the 2016 Sundance Film Festival on January 23rd, 2016. The film received a warm reception from critics and audiences alike, with most attributing the success of the story purely because of Viggo Mortensen's portrayal of the eccentric dad. 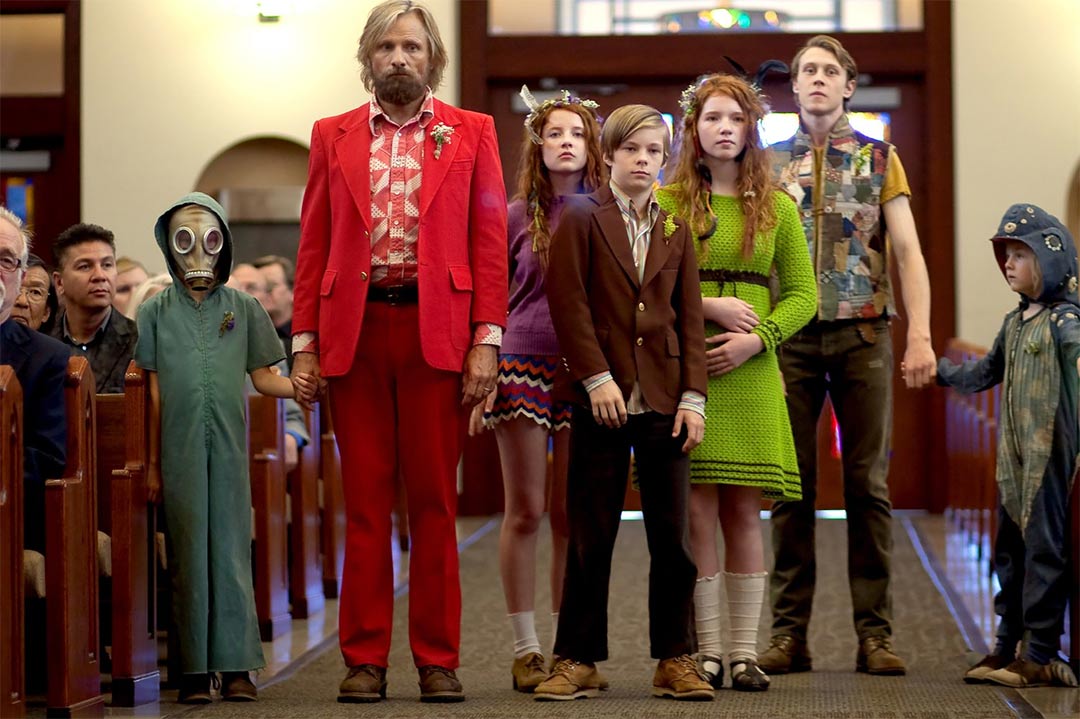 I'm a huge Viggo Mortensen fan. Young Guns II was the first time (that I can remember) seeing the actor on the screen, and was further impressed by him in Crimson Tide. Yeah, I know he was great in The Lord of the Rings as well, but just about everyone knows him for that.

Besides, it was only yesterday when I had the er, pleasure(?) of seeing Mortensen's swinging balls in a steamy room thanks to Eastern Promises. That guy has balls to shoot a scene like that! I mean... you know what I mean. But I digress.

The trailer for Captain Fantastic is a thing of beauty. Touching upon the idea of nature, freedom, loss and the negatives of not fitting in with society, the story seems to touch upon everything. Viggo, no matter how goofy they attempt to make him look, will always have a cool, even relatable, bravado that always carries well with audiences.

I'm also a big fan of music selection for trailers and, though I've never heard of this song, "Ghost" by Jeremy Messersmith seems the perfect fit for the flow of storytelling in the Captain Fantastic trailer. And kudos for Frank Langella for his appropriate depiction of the grandpa who only wants what he thinks is best for his wanderlust grandkids. While he may be the enemy to the lifesytle Mortensen's character would like to bestow, audiences will have no problem relating to him as well.