To fulfill a promise he made to his late wife (Biel), an introverted architect (Sudeikis) pursues an unlikely friendship with an independent teenage girl (Williams). The architect uses his expertise to help the teen with her mysterious goal: to build a raft she intends to use to sail across the sea. Together, they help each other overcome loss and embark on an incredible adventure to do the impossible.

The starring role of broken husband was first pitched to Zach Braff and Jason Sudeikis. Both ended up losing the gig to Jeffrey Dean Morgan (Watchmen). But wait, isn't that Sudeikis in the starring slot? Yes, as Morgan ended up leaving the production due to scheduling conflicts. Once again opening the door for Sudeikis.

And this wasn't the only casting process to have gone south. The role now played by Game of Thrones' Maisie Williams was originally offered to Chloe Grace Moretz. Like Morgan, she also had to exit the production due to scheduling conflicts. With so many conflicts, we can only wonder if production on the film was delayed.

The Book of Love premiered at the Tribeca Film Festival, where it didn't receive the best feedback. The negativity however didn't stop Electric Entertainment from picking up the drama on the cheap for distribution. 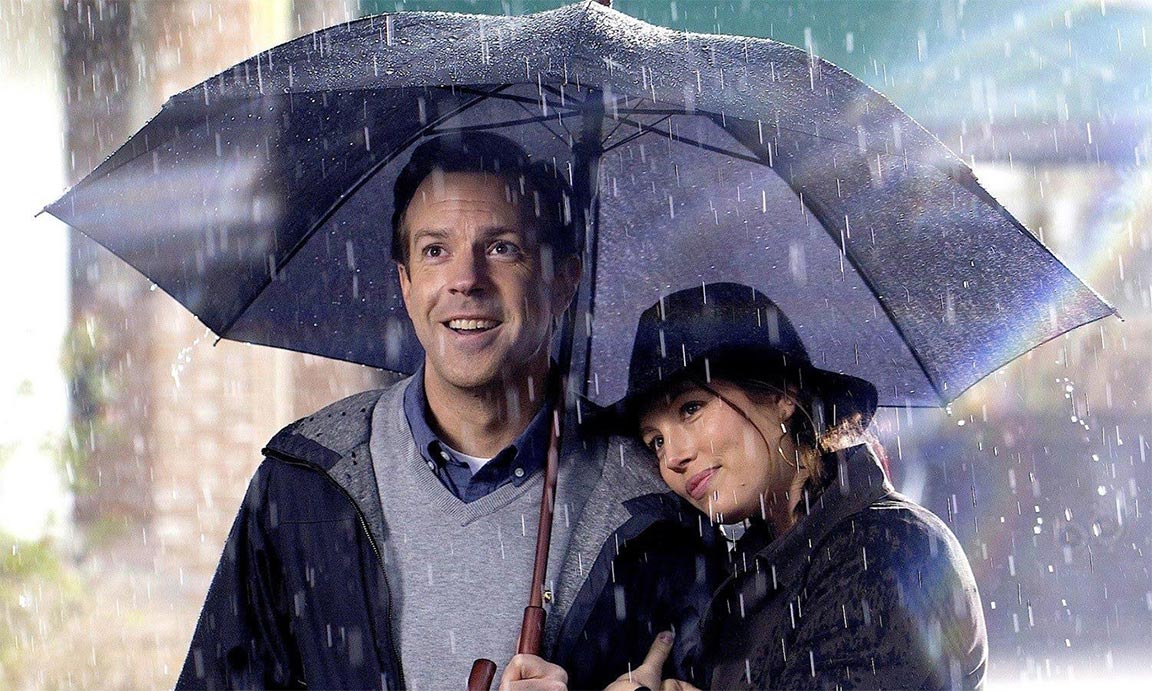 While I adore Jason Sudeikis, he looks someone out of place in this first The Book of Love trailer. I mean, look at the promotional photo above. It literally looks like a parody of a romantic drama, not an actual drama. I can see why Jeffrey Dean Morgan was the first choice, as he might have made a slightly better fit for this sort of er, broken role.

Putting that aside, the film's primary draw will no doubt be the combination of Biel -- who doesn't seem to last long -- Sudeikis and Maisie Williams. But that might not even matter, as The Book of Love will be hitting theaters, in a limited release, amongst a surprisingly crowded January box office. The film should however find some love once it makes its way to VOD or a premium network like Netflix.

To make up for this, let's hope Sudeikis follows up with something like Horrible Bosses 3. Who's with me?