Early look at the trailer for Bedtime Stories, as previewed on the USA Network.

An adventure comedy starring Adam Sandler as Skeeter Bronson, a hotel handyman whose life is changed forever when the bedtime stories he tells his niece and nephew start to mysteriously come true. He attempts to take advantage of the phenomenon, incorporating his own aspirations into one outlandish tale after another, but it's the kids' unexpected contributions that turn Skeeter's life upside down.

This is the first family friendly movie produced by Sandler's production company, , Happy Madison Productions. Previous movies under their banner have all been rated PG-13 or R.

Adam Sandler says that Russell Brand's performance in Bedtime Stories was the favorite of test audiences.

Violet Nottingham is a parody of Paris Hilton; both have rich who are hotel owners, and both like to party. 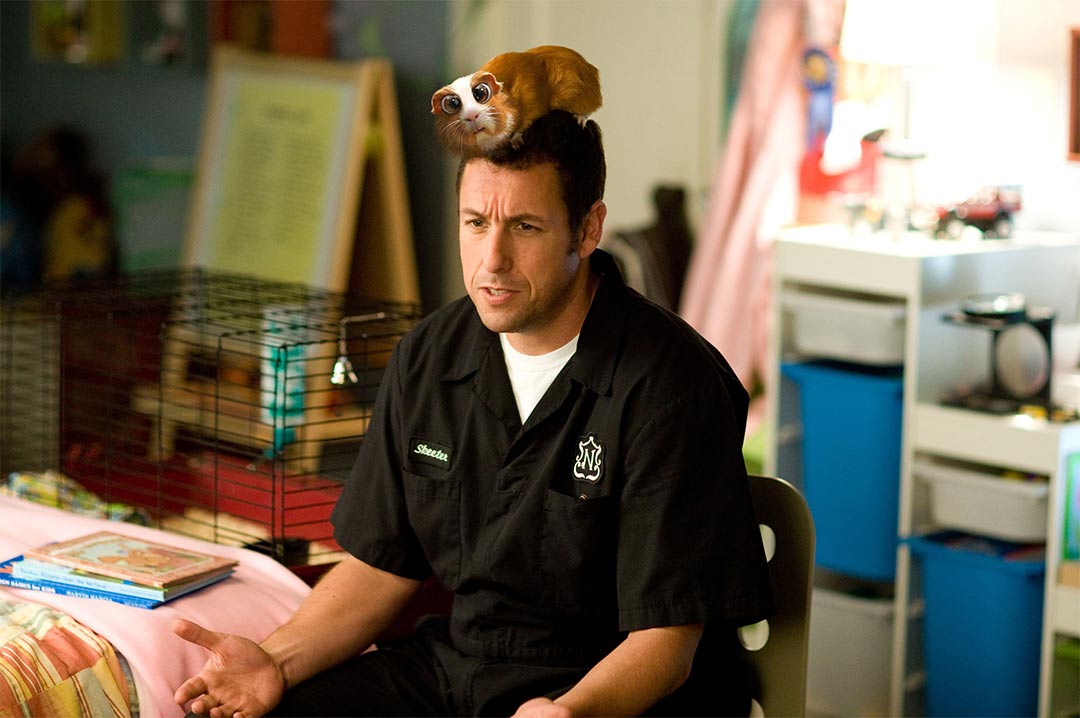 When you were a kid, did you ever wish your bedtime stories would come true? I did, until my dad read me a really terrifying one. Anyway, that's the simple premise Disney sets here; Skeeter Bronson tells his niece and nephew bedtime stories that then keep coming true the next day. Thinking he can use this to his advantage, Skeeter is thrown a curve ball when he realizes that it's the kids who alter the main course of events.

The biggest laugh in this trailer comes when the kids want Skeeter to catch on fire. The following scene, where he flips through the car radio in desperation, managed to make me laugh but the rest of the trailer fell a little flat for me.

It's a shame, because the premise, and the might of Disney, behind Bedtime Stories, could create a really spectacular movie that really grabs kids attentions, but it doesn't. At least, the trailer doesn't which is, after all, supposed to make us want to see the film.

Adam Sandler doesn't appear to have much of a comedic prominence here. That might fall to Russell Brand's character, whom we glimpse in the trailer but we don't actually see him doing a lot. It seems a strange choice to have Sandler slightly more serious than usual, and it makes his appearance here feel a little awkward and insincere.

Maybe it's just me, but I wish Sandler would take more time over his projects and pick and choose; quality over quantity instead of the other way around. That said, he has a large fanbase who will love and adore this film just as they do with all of his projects.