Baywatch follows devoted lifeguard Mitch Buchannon (Johnson) as he butts heads with a brash new recruit (Efron). Together, they uncover a local criminal plot that threatens the future of the Bay.

The movie is based on the hit TV series. Baywatch was about the Los Angeles County Lifeguards who patrol the beaches. It starred David Hasselhoff, Pamela Anderson, Yasmine Bleeth, and many more. Believe it or not, the show was actually canceled after its first season on NBC, but was revived by Hasselhoff and later became one of the most watched television shows in the world. Baywatch began back in1989 and ran up to 1999.

When there is a massively successful TV Show, they try to capitalize on the ratings and several spin-offs: Baywatch Nights, and three direct to video films Baywatch the Movie: Forbidden Paradise, Baywatch: White Thunder at Glacier Bay and Baywatch: Hawaiian Wedding. But none of those could match the success of the original TV Series. And, this will be the first adaptation for the big screen.

Those slow motion running babes are back, Baywatch is making its way to the big screen. I remember being a young boy and how much I loved watching the TV show. Although Pamela Anderson was the main attraction I was always more of a Yasmine Bleeth fan. 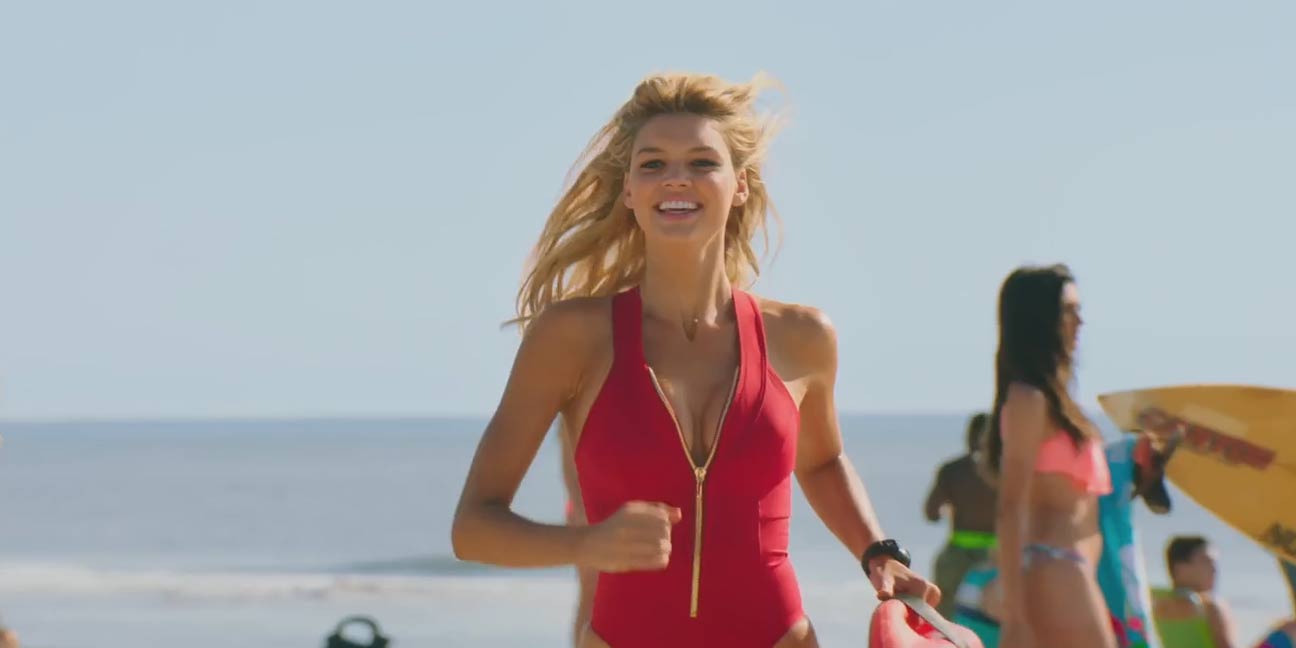 And now, here we are with Dwayne Johnson and Zac Efron trying to relive the show with the same sex appeal and some comedy thrown in the mix. Dwayne has proven he can do the buddy cop thing with Central Intelligence. But, he was playing next to Kevin Hart and the two had a great chemistry. Now, we will see how Dwayne does without the red hot Hart by his side and with Zac Efron.

With a movie like this you now what your in store for...lots of eye candy and lots of cheese