Fearing the actions of Superman are left unchecked, Batman takes on Superman, while the world wrestles with what kind of a hero it really needs. With Batman and Superman fighting each other, a new threat, Doomsday, is created by Lex Luthor. It's up to Superman and Batman to set aside their differences along with Wonder Woman to stop Lex Luthor and Doomsday from destroying Metropolis.

Ben Affleck said he was warned against the negative reaction concerning his casting, and advised to stay off the internet. However, he did go online, and the first comment he read was "Affleck as Batman? NOOO!!!" so after that he stayed offline.

Composer Hans Zimmer has composed a separate theme for each superhero, which will be featured in Justice League Part 1, as well as each character's stand alone film.

Affleck's Batsuit is based on the design of the suit from the comic book 'The Dark Knight Returns', by Frank Miller. 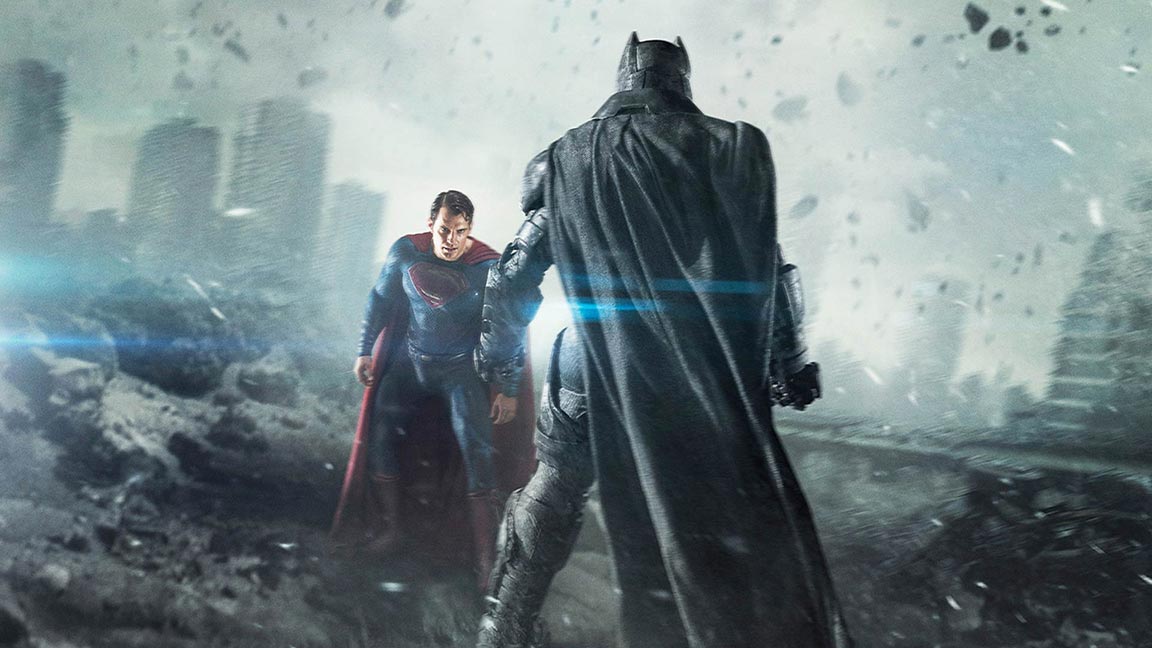 For the first time ever, Batman, Superman, and Wonder Woman will all share screen time in Batman v Superman. Henry Cavill reprises his role as the Man of Steel, while this is the first outing for Ben Affleck as Batman and Gal Gadot as Wonder Woman.

After the events of Man of Steel, there's a lot of issues surrounding Superman's ethics, and this film certainly picks up on that. Bruce Wayne is none too happy with Superman's actions and he seeks to protect the city from him. Of course, in the meantime there's Lex Luthor, casually creating Doomsday, meaning eventually our superheroes have no choice but to team up and, with the help of Wonderwoman too, they seek to bring Luthor down.

Batman v Superman is most definitely a film with flaws, but even so the criticism it's received has been unduly harsh, in my opinion. There is one massive twist, and also, great performances, especially from Affleck and Gadot. Boy, am I pumped for the Wonder Woman solo movie!

Anyway, the critics opinions don't matter at all when it comes to these trailers. Whatever your opinion of the film, there's no denying that Warner Bros' really knows how to put a gripping trailer together. The trailer makes us want to watch, it pulls us in, entertains us completely, and leaves us desperately wanting more.

I've seen the movie; I might watch it once more on DVD, but the trailers for Batman v Superman? I'd watch them over and over again.