From the producers of Shaun of the Dead and Hot Fuzz, Attack the Block follows a gang of tough inner-city kids who try to defend their turf against an invasion of savage alien creatures, turning a South London apartment complex into an extraterrestrial warzone.

Writer/Director Joe Cornish interviewed different kids from various youth groups to ask them what weapons they may use if there were an alien invasion.

Most of the actors were found in their schools or online open audition calls including John Boyega, who was one of the actors that found the listing online. Becoming one the first credits, and feature film debut, for the Star Wars: The Force Awakens actor.

Joe Cornish began forming the plot for the film after being mugged by kids in South London who seemed just as scared as he was. After watching the film, Signs (2002), he imagined what those same kids would do in an alien invasion. Although the film earned $5.8 million with a $13 million budget, the per screen average was extremely successful as the film only held a limited release. The film was received positive critical success and holds a 90% on Rotten Tomatoes. 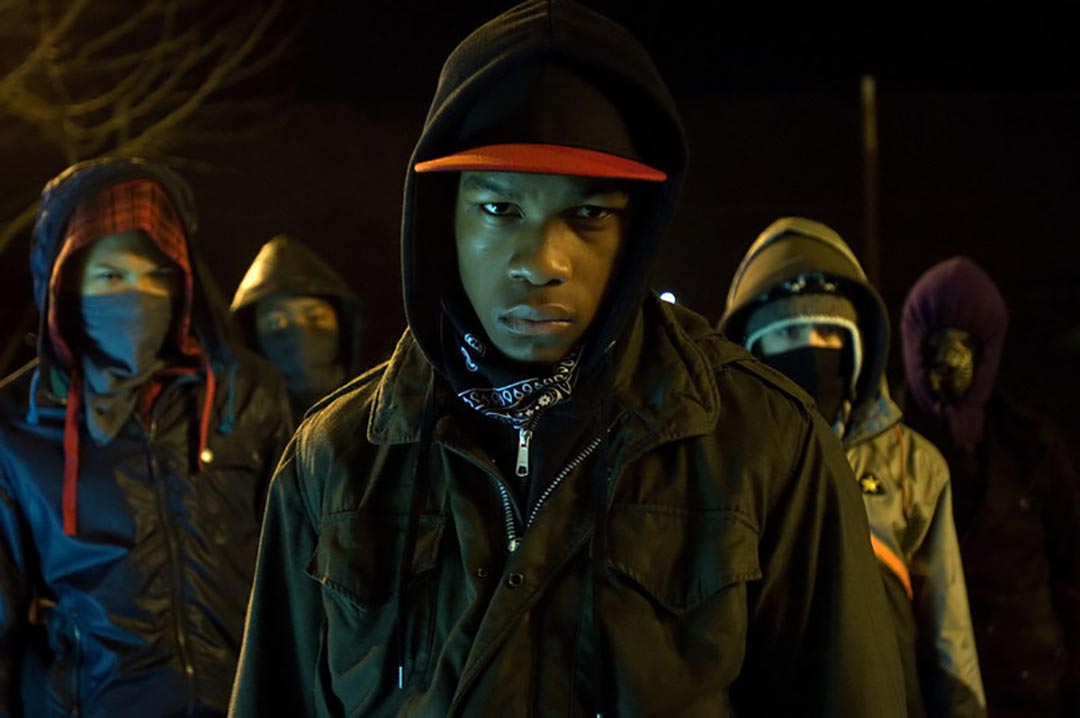 Maybe it is the thick South London accents, or maybe it is the band of lovable inner-city kids, but there is something incredibly charming about the trailer for Attack the Block. The comedy revolves around a gang of kids who come in contact with aliens and decide they are going to fight them even if their friends think it seems silly. This is their time to prove just how tough they really are.

The film is from the producers of Shaun of the Dead so there is a bit of the similar wackiness in the face of disaster. The trailer promises a bit more action and the presence of the young ruffians makes the film appear even more entertaining. There are so many films about aliens, and luckily quite a few that are comedies like Men in Black and the highly underrated Evolution, so audiences already can expect the two genres to be a perfect pairing.

The best part of the trailer, other than the kid trying the text all of the craziness that is happening, is that the trailer is more about the group of kids fighting the aliens rather than the aliens themselves. Attack the Block hits the mark in terms of a science fiction comedy at every moment in its trailer which is a rarity and exciting to see.