Through a revolutionary technology that unlocks his genetic memories, Callum Lynch (Michael Fassbender) experiences the adventures of his ancestor, Aguilar, in 15th Century Spain. Callum discovers he is descended from a mysterious secret society, the Assassins, and amasses incredible knowledge and skills to take on the oppressive and powerful Templar organization in the present day. Assassin's Creed finds its lead cast in Fassbender, known for X-Men: Days of Future Past and Cotillard, who audiences will remember from The Dark Knight Rises.

The Assassin's Creed games are [mostly] incredible. They have been huge financial hits -- there are quite a few of them now -- which makes it a bit surprising to hear that, before casting, Michael Fassbender had never heard of the game franchise. Though based on the video games, Ubisoft has allowed the storyline to be altered for the film(s) in order to give a new story to gamers who already know the plot.

Michael Fassbender was not only Ubisoft's first choice for who to play the part of Aguilar, but the actor was also the reason Justin Kurzel came on to direct. The duo had previously worked together on Macbeth and the actor was so impressed with the director that he worked to make sure Kurzel would also come aboard to helm this project. Based on the visuals so far, a good choice!

While the cast looks pretty strong, the adaptation almost landed Alicia Vikander for the part of Maria, but she instead decided she'd rather work on Jason Bourne instead. No matter, as Ariane Labed looks terrific in what we've seen from the trailer so far. 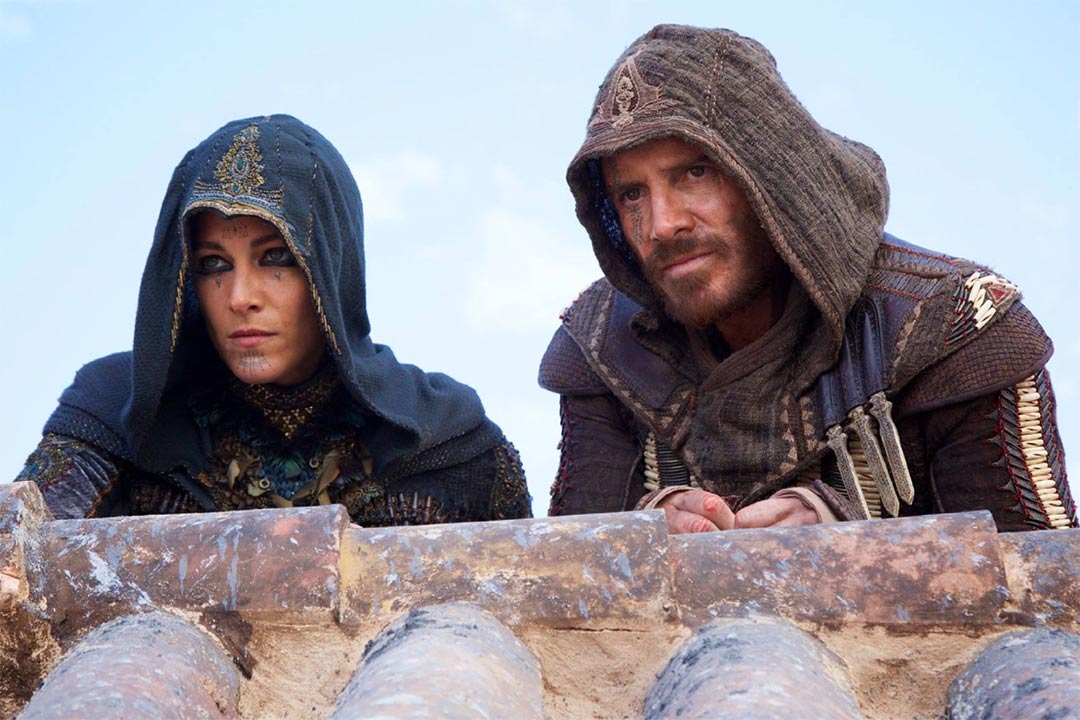 True Story: Assassin's Creed is one of the last console games I've played from finish to end. I was so impressed with the open world environment, the visuals, the action, and the unique story that I couldn't put the controller down. All the while thinking about what a great movie this could be. But I also thought an adaptation would have no chance, considering the production and visuals would be too insane a task with plenty of cost to boot.

But, then again, I thought the production for the Red Rising Trilogy would be way too insane for any studio to try adapting, and now Universal Pictures is taking a crack at that.

So Assassin's Creed is here and it looks awesome. I can't believe how well Justin Kurzel has emulated the game for the silver screen. Honestly, I'm stunned considering this is only the earliest visuals from the film, while 20th Century Fox still have another six months to complete post-production.

Just when everybody thought Rogue One would be stealing the show come this December, Disney might have to start worrying about Spanish Inquisition assassins. To make matters worse, the film is half sci-fi and is hitting theaters only one week later. Bring it!