Has the distressed DCEU finally be rescued by this damsel? It appears so, judging by the overwhelming consensus by the reviews for Wonder Woman before it opens in theaters nationwide on June 2.

Director Patty Jenkins had the weight of Warner Brothers and the superhero world on her shoulders, as she had to discard the mistakes of the past and make something new from an old and beloved character. Jenkins has received two thumbs up on both counts, as the critics went into detail about the standalone installment that has Hollywood abuzz with praise. 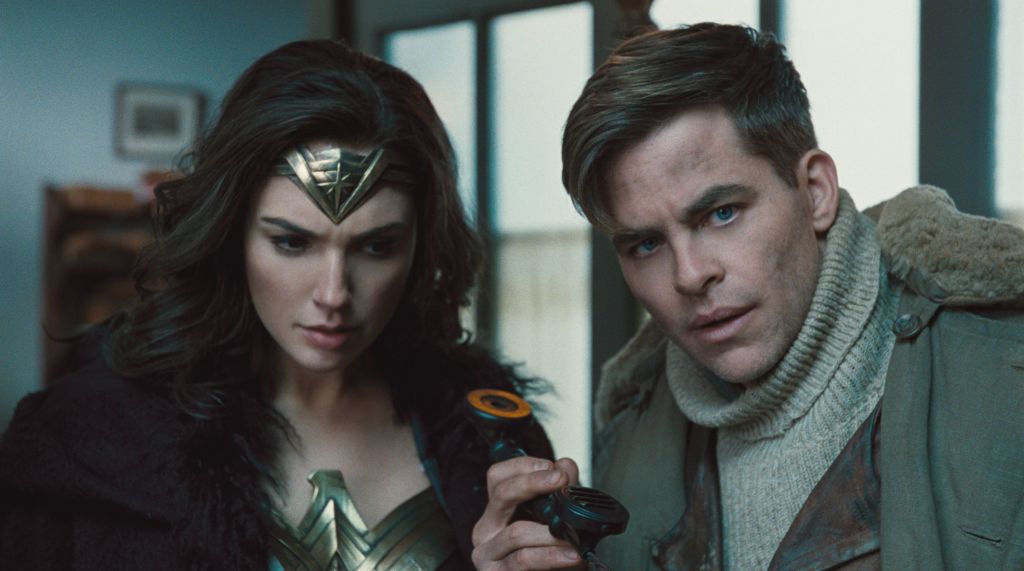 Alex Abad-Santos of Vox made the bold claim that the DC studio has not made a motion picture this engrossing since the days of Christopher Nolan.

"Making a superhero film isn’t as easy as Marvel usually makes it look. Just ask Warner Brothers," he starts. "The absolutely gorgeous and joyful Wonder Woman — easily the best Warner Brothers superhero film since Nolan put his flair on the cape and cowl — is a major relief. Director Patty Jenkins’s fight scenes are masterpieces of motion. Gal Gadot is majestic. Chris Pine is impossibly charming. And Jenkins has created a film that rightfully does justice to its legendary title character."

For Abad-Santos, the contrast between this entertaining romp and Batman v Superman: Dawn of Justice could not be more stark.

"Instead of trying to push into darker, more cynical territory, Jenkins leans into Wonder Woman’s optimism and hope by telling her origin story as a fish-out-of-water tale."

Wenlei Ma from news.com.au saw full of admiration, particularly with the physicality that Gal Gadot displayed.

"There’s a lyricism to Wonder Woman’s lithe movements, especially in the way she launches and contorts her body through the air," she recalled. "Seeing this female body accomplish such amazing physical feats, at the very least, gives audiences something fresh to watch instead of the usual testerone-fuelled punch-outs. Ditto, how she wields the Lasoo of Truth, a visually distinct weapon."

But it was dealing with the public and commercial pressures that Ma reserves special mention for Jenkins.

"With so much at stake, thank Zeus that Wonder Woman didn’t fall into the same trap as its DC Extended Universe predecessors. Instead of taking the dull, dark and dreary path laid out before it, Wonder Woman took a full run down the byroad to somewhere warm, funny and properly entertaining."

What a wonderful movie!! Gal Gadot is fabulous as Wonder Woman. I had so much fun at the premiere. In theaters,... https://t.co/L0hYAxasts

The earlier incarnation of Wonder Woman Lynda Carter attended the red carpet premiere alongside her successor and expressed her enthusiasm for the 2017 edition on social media.

"What a wonderful movie!! Gal Gadot is fabulous as Wonder Woman. I had so much fun at the premiere."

Susana Polo of Polygon says that Jenkins makes the best of what can be achieved in the genre.

"Wonder Woman is heavy handed... but it’s heavy handed in all the right directions," she concludes. "It is unabashedly about a superhero doing superheroic things explicitly because they are 'right,' without requiring any further motivation."

Despite some tropes that put limitations on the scope of the picture, the positives far outweigh the negatives for Polo.

"Is Wonder Woman perfect? No, it’s not a magical golden lasso that ties disparate parts into a tidy bow. But its faults pale in comparison to its achievements, to the excitement of watching the spectacle and the human drama it puts in front of you. Wonder Woman still feels very much like a gift from the gods."

Julian Roman from MovieWeb took into account the staggering verdict on Rotten Tomatoes to sit on a fresh rating of 96%. This is by far the best of any DCEU feature.

"All doubts are vanquished," he remarks. "Gadot is both ferocious and endearing; innocent, but not naive. Raise your expectations for this film. Wonder Woman is a winner."