Will Ferrell Open to Anchorman 3 Sequel

Will Ferrell has churned out more comedy installments than almost any of his peers in Hollywood, but the title that most comes to mind from his illustrious career would be 2004's Anchorman: The Legend of Ron Burgundy. Produced by Judd Apatow and bringing aboard some top acting talent in Paul Rudd, Christina Applegate and Steve Carell, the title would go onto cult status following a successful DVD release.

The 2013 sequel Anchorman 2: The Legend Continues received mixed reviews as the Adam McKay picture traded on nostalgia. While it was 9 years between takes, Ferrell intimated this week that the gap between features might be a common thread as he indicated that the legend has yet to conclude.

Out promoting his latest effort The House with Amy Poehler, Ferrell told EW that he would be open to Anchorman 3 given the fun he has had across both comedies.

"Never say never," he remarked. "At the same time, that's what's really fun about those characters, it could be 10 years from now and we can still play those guys and just be older, and even dumber. So that's the beauty of that. There are no imminent plans to return to that as of yet, because... I can't speak for Adam (McKay), but for myself, we still have a lot of other original ideas that we'd like to do."

Reflecting back on the flick that drew such a strong following, Ferrell recalled how different the original narrative was for his character on The Bill Simmons Podcast.

“Ron convinces the pilot that he knows how to fly the charter jet, and he immediately crash-lands it in the mountains,” he shared. “And it’s just the story of them surviving and trying to get off the mountainside. They clipped a cargo plane, and the cargo plane crashed as well, close to them, and it was carrying only boxes of orangutans and Chinese throwing stars. So throughout the movie we’re being stalked by orangutans who are killing, one by one, the team off with throwing stars.” 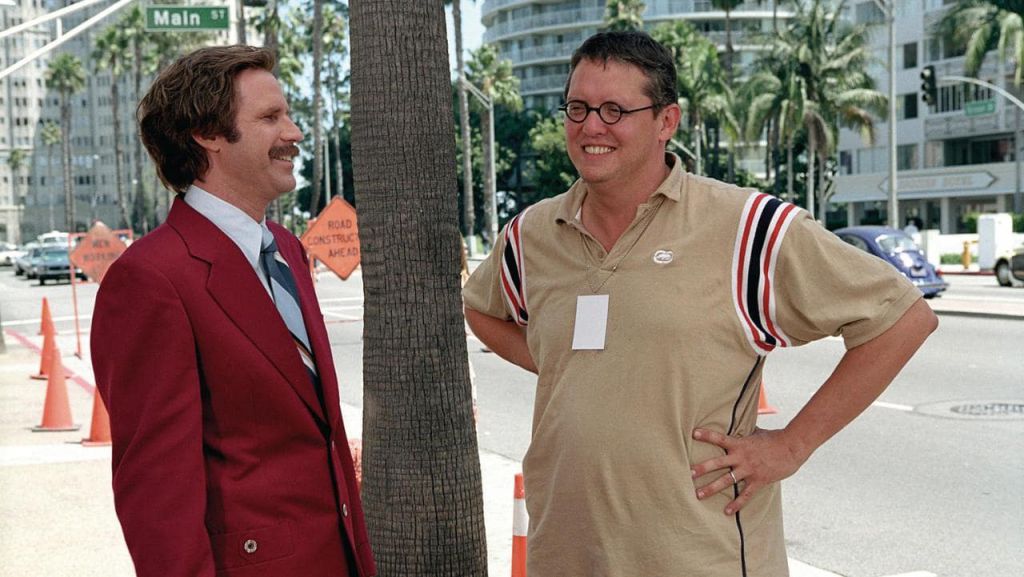 If Ferrell is to go ahead with Anchorman 3, he will have to either convince his compatriot McKay to perform a 180 turnaround or find a new director. He explained to Empire that the franchise was all but done.

"It's done. I think that's it," he said bluntly. "It was great to do it and it was so fun to work with those guys again, but I think that's it for Ron Burgundy. No, that's the last sequel we're gonna do. There's nothing more fun to me than new characters and a new world. And now we're releasing this alt version, we're totally satisfied. No Anchorman 3... I'm going to say definitely no. I'll actually say it in this case!"