It was not exactly a hidden secret that action and drama star Tom Hardy enjoyed a short rapping career under the guise of Tommy No. 1 approximately two decades ago. Yet a post from one Reddit user (and a former Hardy collaborator) would obtain a fresh mixtape titled Falling on Your Arse from the artist in conjunction with Eddie Tracy a.k.a. DJ Eddie Too Tall (that same collaborator), offering more tracks from a man who genuinely appears to have far more strings to his bow than play a protagonist (Mad Max: Fury Road), an antagonist (Dark Knight Rises) or an anti-hero (Venom).

Said to be inspired by the Wu-Tang Clan with mixtures of Blues, Reggae and general 90s vibes, many listeners are taken aback with Hardy's skills on the mic. Marky Mark and the Funky Bunch might have enjoyed more mainstream acclaim, but this never released LP is certainly worth a listen on Noisey (link below).

One of the few times Hardy would address this short-lived venture into rap was during a BBC interview back in 2011. Self conscious about his own ability and credibility in the industry given his cultural background in middle-class England, the actor did intimate back then that more tracks are out there waiting to be heard.

"I started out rapping when I was 14 or 15," he reflected. "Because I come from a nice middle-class neighborhood it was a very hard sell. And I wasn't very good! I used to be with the guy who managed Leela James and Lauren Hill, Pras, the Fugees and all that. I worked out with (Grammy winning producers) Warren Riker and Gordon Williams. I've recorded loads of stuff but it's never been released."

Almost switching character during the discussion, Hardy even teased a potential motion picture headlined by a Tommy No. 1 soundtrack. 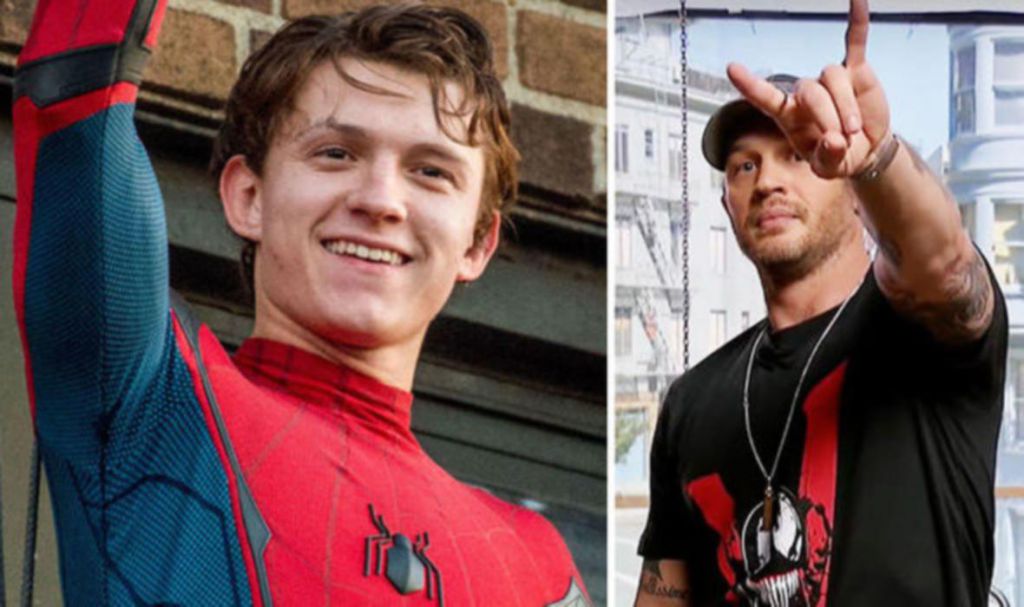 While a Tom Holland appearance in 2018's upcoming spinoff Venom set the stage for a superhero-anti-hero crossover, Jon Schnepp would tell the Collider Heroes Podcast that the encounter will not be as first suspected. Outlining that the youngster has been seen on the set, Holland will only be showcased as Peter Parker and only for limited screen time.