Tom Hardy is considered widely to be one of the most dedicated method actors in the business as he tends to lose himself in the physicality of a role. Whether it be Mad Max: Fury Road, The Dark Knight Rises, Bronson or The Revenant, the Englishman goes all in on his character to deliver a series of memorable performances.

The same can be said for his upcoming part in the Marvel Cinematic Universe, leading the way for Sony's spinoff of Venom. Wanting to be as powerful and dangerous as possible when portraying Eddie Brock in the fall of 2018, Hardy has featured in a new video from his own Italia YouTube channel where he has been trained by two fight specialists in British compatriots Nathan Jones and Mark Mene.

Jones has been involved in actor training before and while many of them come off as tough on the surface, few have managed to impress by his own standards. Hardy is someone who spars like he means it.

"He's a good guy, but he's also a good student - very receptive and open to learning," he recalled. "I just give it to him, whether it's boxing, kickboxing, MMA, there's some grappling in there... It started off with him doing it (training) 3 to 4 times a week and he said 'Na, I wanna do it 5 times a week.' He's got power and that fight in him. He lives the character and that should really come across on the screen."

Despite a tough schedule of shooting coming up for the title, Hardy is determined to get the most out of his training with the experts. This is all part of his process.

"Most people, you give them the choice, they will always take the easy option. 'You want more? No, I'm OK.' But not Tom. There's always room for one more."

An 8 ft 4 Beast That Will Create Utter Carnage 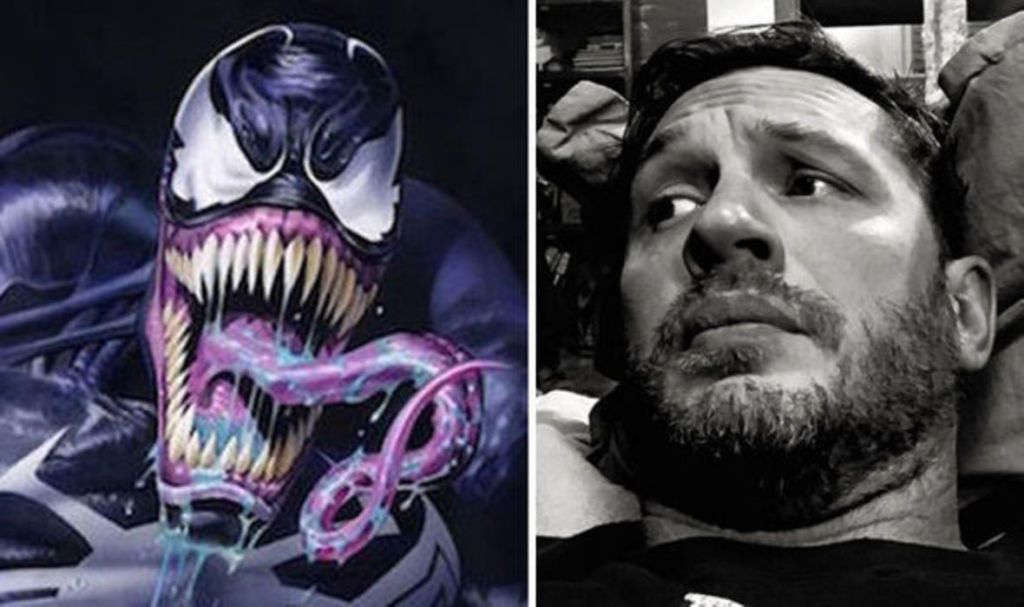 Mene echoes many of the same sentiments as his colleague Jones, explaining that the Lawless star is willing to embrace the darkness that comes with Venom.

"Training Tom Hardy - what I found surprising was actually his humility," remarked the trainer. "He's very humble, very down to earth. You are able to communicate with him. I'm impressed. He's definitely going to live up to the character. He's dealing with a guy that turns into an 8 ft 4 beast. I don't think he considers himself an athlete, but he definitely trains like one."

With production ramping up their efforts, the spinoff story will boast the likes of Michelle Williams, Riz Ahmed and Jenny Slate as supporting cast members. From what Mene can glean from the training efforts, Hardy is about to set a new precedent in Marvel's movie catalogue.

"What the world is going to see is one of the darkest, most powerful supervillains that Marvel has ever created. It's going to be carnage."