Tilda Swinton Was Earmarked For Pennywise in IT Reboot

Andres Muschietti knew that any new version of IT would live or die by the casting of the central antagonist. The children killing clown Pennywise was a headline performance for Tim Curry's career during the television miniseries and with the director searching far and wide for his 2017 replacement, the Argentine was seemingly spoiled for choice.

Speaking with JoBlo prior to the hotly anticipated September 7 premiere date, Muschietti recalled his audition process that brought in some of the biggest names in the industry. Yet it would be one star whose schedule unfortunately clashed with the studio that was unfortunate for one, but fell in Bill Skarsgard's favor.

Hundreds Came Through to Read For Pennywise 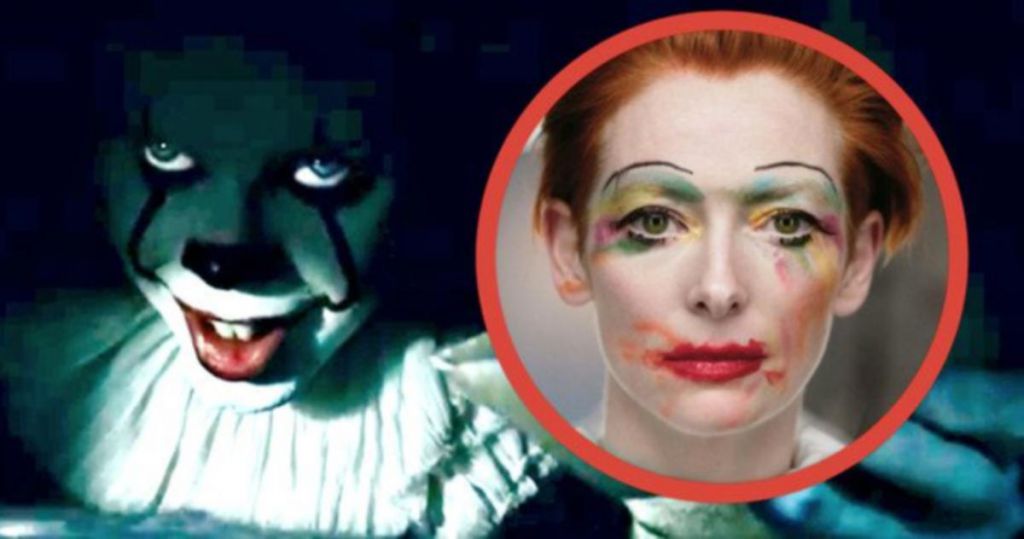 With 56-year old Londoner Tilda Swinton rumored for the role, Muschietti said that it was just a matter of their diaries not lining up. He had to admit the prospect of the Snowpiercer and Trainwreck star suiting up for the part was intriguing.

"She wasn't available," the director remarked. "No, no I swear to god. She was not. We had a slot to shoot the movie and she wasn't available so she didn't even audition. But of course, we all thought about it."

Clearly seeing the project as an ambitious feature that would become a horror classic, Muschietti said he could have no complaints about his final casting choice.

"We auditioned literally hundreds of potential Bob Grays or Pennywises and it was an amazing process. We got to audition people that don't audition anymore and a huge gamut of talent; women, younger age, older age, we really went through the spectrum of actors."

26-year old Swede Bill Skarsgard would beat out the rest of the competition. Given his creepy portrayal and passion for the character, Muschietti believes it was his dedication to the book that saw him take home the prize.

"Bill came in and blew our socks off," he recalled. "Because he was doing his very own interpretation of Pennywise, very erudite...very, very familiar with the novel and with Pennywise in the novel, which for us was a huge help. Because we went in the casting process with the book in mind. We read the novel when we were teens, we saw the miniseries much later in the game, so Tim Curry's performance is extraordinary but that is not necessarily what we link to Pennywise immediately. For us, the Pennywise is the Pennywise in the book which is quite different. I think Bill went for that and he did an amazing, amazing performance and we gave him several tests. Again, because he's a shape shifter, we wanted to make sure that he could play in different grades, right? And he did. He's amazing. And what's even more amazing is that he kept the character very unpredictable, and that's what scares us the most, when you don't know what way he's going to go."