One of the smartest tactics employed by director J.J. Abrams for 2015's record-breaking blockbuster Star Wars: The Force Awakens was teasing the introduction of Captain Phasma. The chromed stormtrooper would have a limited role in the title, but this would be a deliberate ploy to showcase the mysterious figure further into the franchise.

Now the actor that plays the character has told Entertainment Weekly that this year's edition of Star Wars: The Last Jedi will be delving deeper into Phasma's backstory. Game of Thrones regular Gwendoline Christie spoke of her admiration for Rian Johnson. All before explaining that the feature would go deeper into the red-caped rogue and her relationship to a number of the other protagonists and antagonists in the story.

RJ Gives Feedback Forum For Christie To Champion Plasma's Cause 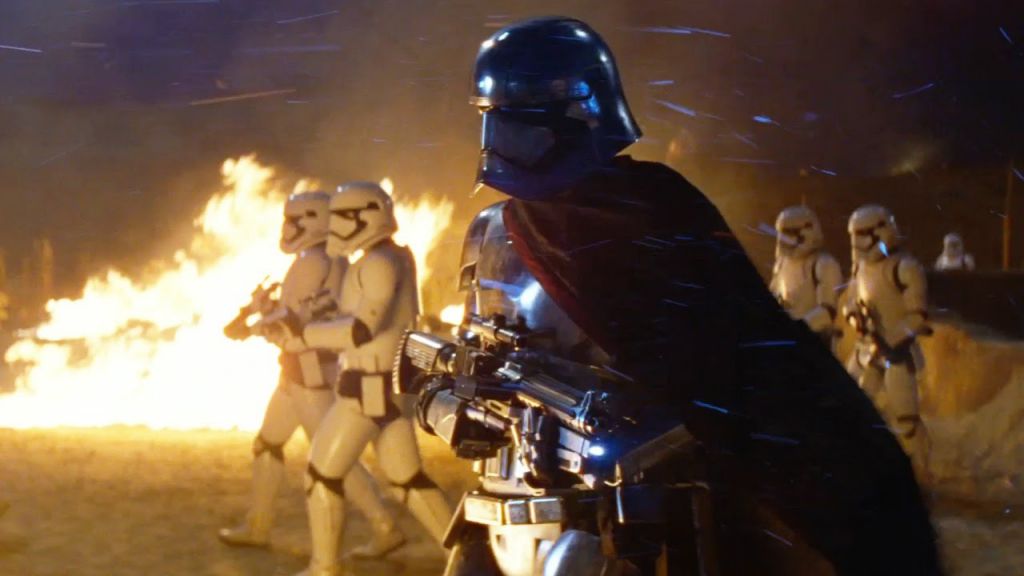 While Christie has not experienced too many projects of this size and scale for a movie before, she clearly sees Johnson as a visionary who can bring the best out of the talent on set.

"I was just so delighted to be in The Last Jedi, and for that to be directed by Rian Johnson, who is another director I've long admired since I watched Brick, actually; I thought that was a really brilliant piece of work," she remarked. "When I met him, these are huge things to me and things I never thought would happen in my career."

But the process would not be a closed shop for the Disney extravaganza. Christine outlined how Johnson's democratic process would allow her to pitch the case for Plasma, a tactic that will prove dividends for The Last Jedi.

"So when Rian invited me to read the script, have my thoughts and then to come and discuss it with him - as he did all of the cast members - I was really thrilled to have an opportunity of a forum where I could put my ideas forward and have some back and forth about where we felt things were and where we felt they can go," she recalled. "What I can tell you about the next Star Wars film is I think Rian does an exceptional job of going deeper, of going further, and really exploring what these relationships are."

As with anything in the Star Wars world, no detail big or small passes without some clue dissected and discussed. That would be the case when a string of Hasbro action figures were snapped by StarWarsNews.net.

Prior to their release to the public on September 1, it would be the Kylo Ren toy that garnered the most attention. While the villain would be hidden from view for much of The Force Awakens, it appears as though the son of Han Solo will be discarding his helmet for this particular adventure.