The red tape that can be involved in Hollywood negotiations are almost always tedious, but finally a resolution has been made for one project that will draw in a lot of eyeballs. According to THR, the reboot of The Crow has landed in the possession of Sony as the studio will distribute the upcoming picture.

Titled The Crow Reborn, the property has switched hands with Relativity failing to put pen to paper on a director, star, support crew and schedule - all pretty important elements to any production. Sony have wasted no time getting their act together either, bringing aboard Samuel Hadida’s Davis Films, Highland Film Group and Electric Shadow to share duties of distribution, finance and production roles respectively.

It looks like the Crow reboot is now becoming more of a reality as Sony has signed on for the distribution rights to the movie. #thecrow #reboot #brandonlee #jasonmomoa #aquaman #justiceleague #dceu #dc #crow #dark #sony #news #gritty #movie #movies #studio

Sony have shown a tenancy to be aggressive with their other superhero comic book properties, keeping hold of and expanding on Spider-Man: Homecoming. This would be before the company scored the acquisition of Tom Hardy for the part of Venom in a title that will offer plenty of spinoff opportunities down the line to maximize on the franchise.

While THR admit that Sony have not secured director Corin Hardy or star Jason Momoa with official contracts, it is likely that this deal will see them link up after years of false starts and false dawns. To heighten anticipation that bit further, the project is said to stick to James O'Barr's 1989 comic more than the 1994 feature did, telling a dark and disturbed story that should come with an R-rating (fingers crossed).

"Jason Momoa and Corin Hardy were last on board as star and director, and while they are not formally signed on to the Sony version, insiders say the plan does includes them coming on in the near term," they reported. "Sources say the reboot will be a more faithful adaptation of the indie comic created by James O’Barr that was first published in 1989."

JM: Arthur Curry Is An Outcast, Just Like Me 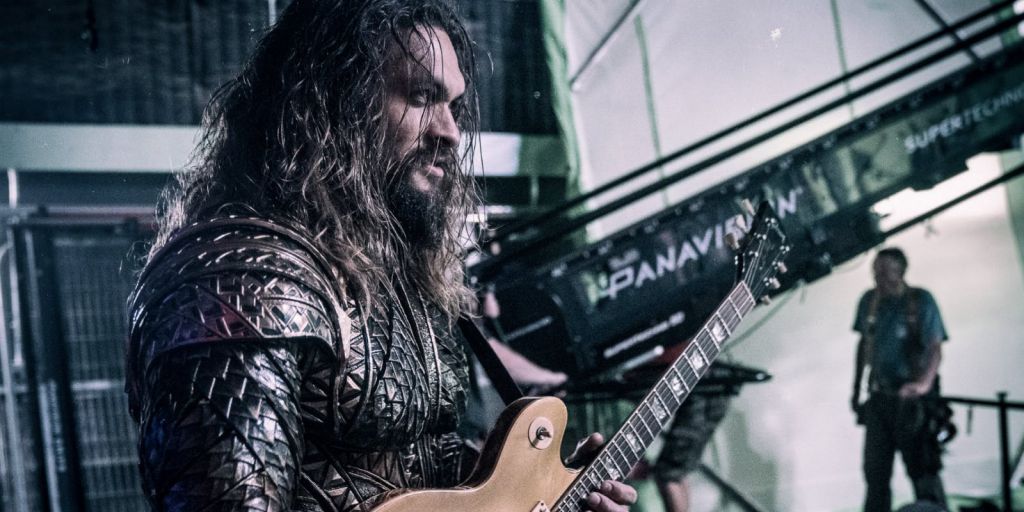 Momoa is a star on the rise, fronting blockbuster after blockbuster. The biggest of which has to be Aquaman, with the James Wan title arriving in 2018 following the events of Justice League.

As the actor opened up about the character to Total Film, he said that it was not much of a stretch to emulate Arthur Curry. Shunned by those above water and beneath the great blue sea, he would have to find his own identity.

"He's not readily accepted. He's hurt. He covers it up," he remarked. "How I identify with that is kind of being... a bit of an outcast. You see, he wasn’t really too accepted... I wasn’t too accepted."

Being of mixed race origin, Momoa can empathize with those who are seen on the fringes of society.

'There weren’t any races where I grew up. There’s no Chinese, no Mexican, no Black. I grew up in Iowa. I graduated with like 100 people. I was born in Hawaii, so I would go see my father... (I) just wasn’t accepted on the local side by some people because I wasn’t raised in Hawaii. I identify as being that outcast and not really fitting into two different worlds."