Michelle Rodriguez Doubles Down On Threat To Quit Fast and Furious

The Fast and Furious franchise has not looked back since they sped out of the blocks with the original back in 2001. Accumulating more than $5b over the course of 8 movies and counting, Universal Pictures have cashed in on the fast cars, big budget action set pieces and beautiful women to compliment the scenery.

But one of those ladies has expressed her continual frustration that the female characters are starved of oxygen, becoming nothing more than sideline features. Despite Michelle Rodriguez being an ever-present member of "the family" for 16 years, the actress who portrays Letty might abandon the show as filmmakers stick to a tried and tested formula. 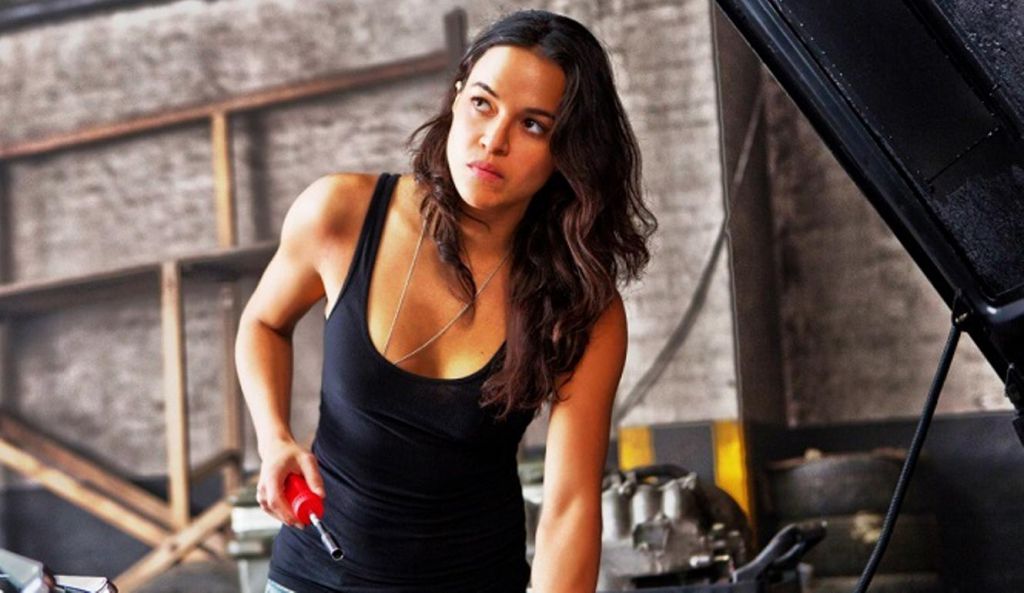 With the latest picture The Fate of the Furious released to the wider public back in June, Rodriguez wanted it known that she was disillusioned with the lack of rounded female characters who have more to offer. This is what she said on her Instagram account.

"F8 is out digitally today, I hope they decide to show some love to the women of the franchise on the next one," she posted. "Or I just might have to say goodbye to a loved franchise. It's been a good ride & I'm grateful for the opportunity the fans & studio have provided over the years... One Love."

Stopped by TMZ to see if she wanted to clarify those comments, the actress would double down on this stance. There was no need to qualify or apologize, this was about something bigger for Rodriguez.

"My path is about female empowerment, and if I'm feeling a little stagnant in that area in what I'm doing for a living, then I'm gonna have to move on," she explained. "Evolve or die, baby. I hope they show some love to the women in the franchise. I'd like to see that. I'd like to see them talk to each other for a change, you know what I mean? I can count with one hand the times I've talked to the female actresses in the franchise, and I think that's kinda sad."

Many Moving Parts Ahead For FF9 and 10

If money is the one and only gauge for the health of a movie franchise, then Fast and Furious supporters can rest easy. The clash of egos behind the scenes though cannot be ignored, with Vin Diesel and Dwayne Johnson locking horns before the latter would do so with Tyrese Gibson through social media.

Rodriguez's flirtation with the exit door doesn't appear to halt proceeding, with a date for Fast 9 of April 19, 2019 already locked in. If that wasn't enough, 2021 is earmarked for Fast 10, illustrating that Universal will carry on with or without any of the regulars.