When Ben Affleck spoke this week about the reshoots that were taking place for Justice League, he wanted to stress three very important points. The first of which was to argue that such an event is more than normal for a blockbuster, the second was to say that DC and Warner Brothers have got their act together, with the third stating that the 2017 edition will be the product of two very different types of filmmakers.

Now that split in vision is starting to come to the fore, with /FILM's own Peter Sciretta explaining on their podcast that Justice League's ending is not what Zack Snyder had initially scripted for. Seeing Joss Whedon take the reigns, the Batgirl director is believed to have made an alteration that will have a serious knock-on effect for the remainder of the franchise. 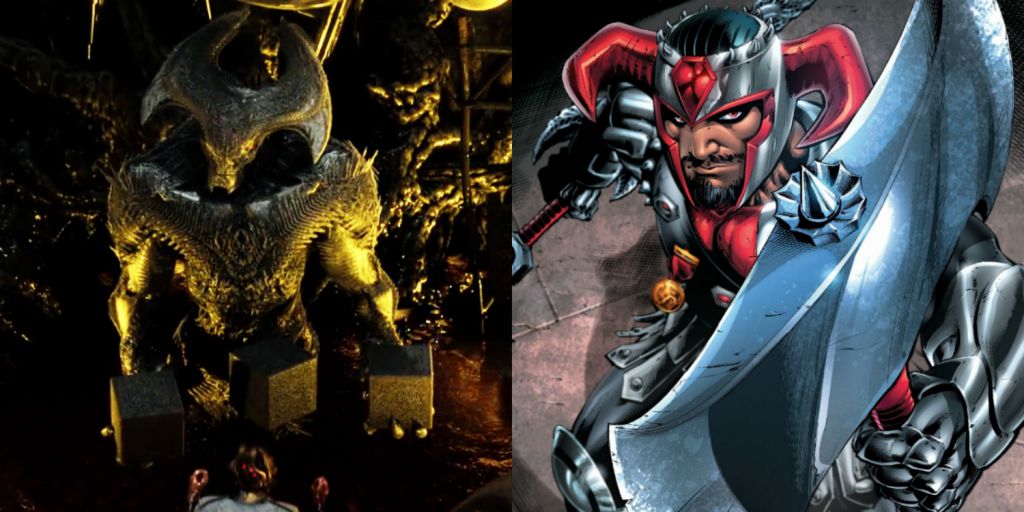 While it is only Sciretta's account to date, his rundown of the reshoots does give credence to reports that the new scenes cost in the region of $25m. From what he recalls, Whedon completely took out Darkseid from the picture to leave the antagonist as an unknown quantity for the sequel.

"The original ending of the movie from what I understand was that he was kind of playing the Silver Surfer role and Darkseid playing kind of the Galactus role, and the ending of the movie was a cliffhanger and Justice League 2 was going to be Justice League vs. Darkseid," he remarked. "Darkseid arrives at Earth. It was kind of like this down, dirty ending and from what I understand that has been completely removed. The ending ends the movie like a movie and it doesn't leave a cliffhanger now. They did a reshoot with Robin Wright from Wonder Woman and that's gonna be a flashback explaining who Steppenwolf is and he's now the big bad of this movie whereas Darkseid was this looming threat who won't come."

This could be interpreted any number of ways, but it appears to be a pragmatic move by Whedon and studio not to lead into Justice League 2 should the first ensemble title fail to deliver. As Suicide Squad revealed, you can only pack so many villains into the one installment without overcooking the end product.

Aquabots Gear up for Battle in Latest Production Shot

Twitter user @4eyedRaven has showcased an image fresh off the set of Aquaman this week. It is not known what the figure is exactly, being anything from a member of Orm's troops, an Atlantean or a soldier associated with Mantis.

James Wan's crew are busy in production at the moment in the luxurious surrounds of Gold Coast, Australia. There is no rush though, with the movie delayed on a release until December 21, 2018.