Is Get Out and Being John Malkovich Connected? Jordan Peele Answers Fan Theories

** Get Out SPOILERS Discussed **

The 2017 small budget horror smash Get Out was a breakout success story, bringing new fans to the genre all the while elevating director Jordan Peele from a supporting comedy player to a fully fledged Hollywood filmmaker in his own right. The feature would be analyzed by fans for its inherent meanings and interpretations about topics ranging from white privilege to racism and everything in between.

Yet as Peele fronted a video this week responding to fan theories and questions from Reddit, it would be the potential connection to the 1999 movie Being John Malkovich that stood out. This was an unusual project that also happened to be Spike Jonze's debut picture to deal with subjects like brain transplants and alternate identities.

Is Get Out The BJM Sequel We Never Got?

This fan theory derived from @post_analytical, as Peele read out verbatim the concept.

"Get Out is a sequel to Being John Malkovich. Being John Malkovich and Get Out occur in the same universe 20 years apart. Catherine Kenner and her characters (Maxine Lund and Missy Armitage) are the bridge that connects these two films. BJM ends with what appears to be a happy ending for Maxine (Kenner) and Lotte, who are raising a daughter (fathered by John Malkovich) together. Unbeknownst to them, Craig is trapped within the mind of their daughter, unable to control her like he could with her father. Lotte could have been one of the first attempts at the brain transplant In Get Out it's implied that the surgery is not always successful. To avoid suspicion Maxine, the elders, and the neurosurgeon would craft new identities as a liberal family living out in the woods."

Does Keener Hold The Key In Connected Universe? 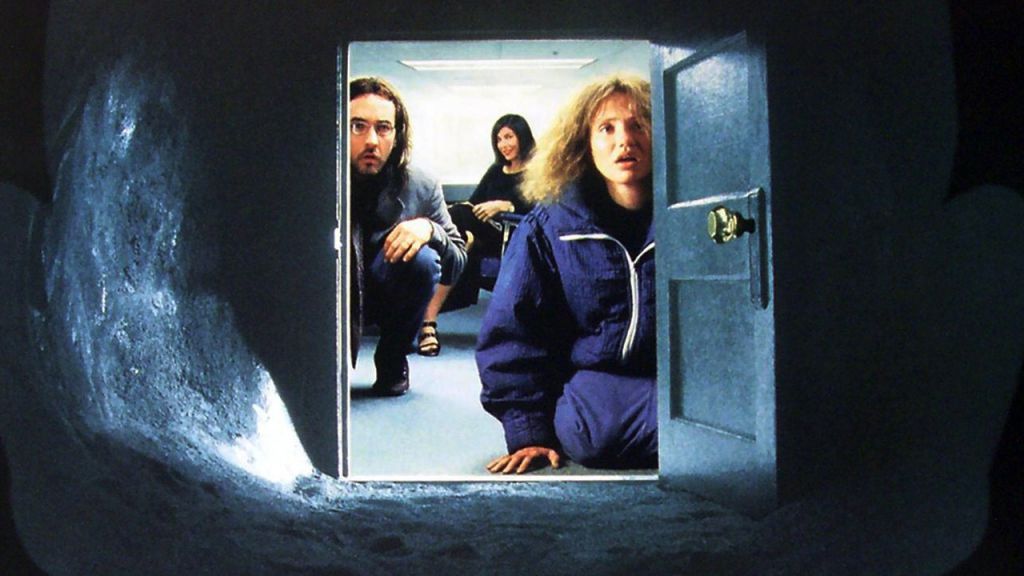 Unlike many other theories to which Peele thought a high degree of marijuana might have been involved, the director gave this one some serious thought. Not only that, but he would take it to Jonze himself.

"Umm, wow!" exclaimed Peele. "I love this theory. I have heard this theory. It was definitely not lost on me that I was able to get Catherine Keener in her second weird perspective 'in someone else's brain' movie. I joked about that and I'm a huge fan of the movie Being John Malkovich. I sat down with Spike Jonze (BJM director) a couple of months ago and told him (the theory) myself and he chuckled. So, as far as I'm concerned it's true."

Peele also recommended one-time viewers to give the flick a second look in order to focus on Rose Armitage.