Director Says His DC Spinoff Nightwing Will Be “Bad-Ass”

He might not have a headline star or a cast to work with yet, but director Chris McKay is super excited to helm Nightwing. The DC project has been in the works for a few months now and following his success with the animation title The LEGO Batman Movie, the filmmaker is ready to get his hands dirty with a live-action superhero installment.

A number of names have circulated around the role, from Joseph Gordon-Levitt to Zac Efron, Steven Yeun and Milo Ventiniglia among others. But no matter who he opts for, McKay has a clear vision for the movie as he explained to Collider.

We've Seen Grayson, But Do We Really Know Him?

Among a label that is venturing away with Suicide Squad spinoffs, Aquaman, a Matt Reeves-helmed Batman trilogy and a raft of other pictures, McKay does not come into the program as jaded. If anything, his enthusiasm is infectious and he was quizzed about his plans for Nightwing, a film that will delve deeper into the backstory of the infamous sidekick.

"I'm a big comic book fan, and being able to do the story of Nightwing, to do a Dick Grayson story, which is a character that every single person in the world knows, but has never really had a lot of screen time. They make a billion Spider-Man movies and a lot of Batman movies, and they've tried The Hulk. When they were making the Tim Burton movies, they were always like, 'Oh, maybe we'll do Robin in this now. Maybe we'll save Robin for Returns. Nope, we'll save it for the next one.' With Christopher Nolan, people were like, 'Is he gonna do Robin?' When they made Batman v Superman, they were talking about it."

My Nightwing Won't Have a Safety Net: McKay 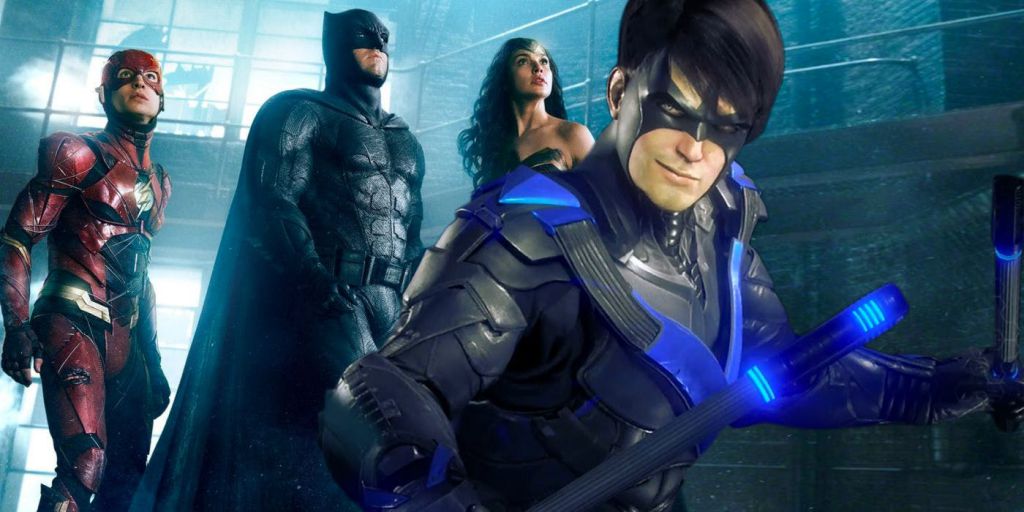 As he continued the conversation, he pitched his rationale for focusing on a character that is often maligned. In a world that has Batman, why the need to showcase Nightwing?

"You always thought Robin was the dork and were like, 'I don't want to be like Robin. I don't want to play with Robin. I wanna play Batman.' But Robin was there as a window character for little kids like me to understand Batman's world and see into Batman's world," he remarked. "There's no other character in comics that went through this real-time transition. Every other character lives in a rough version of the age that they're in. Very few characters actually grow up in the comics and become something else, and go from being a boy to being an adult, and have their own life and become their own thing."

Then his excitement levels went even higher, explaining that his central star will have to embark on a rigorous process in a movie that will be dark, gritty and grounded.

"It's gonna be a f***ing badass action movie with a lot of heart and emotion," he argued. "It's gonna be a crazy, fun ride. Whoever gets cast as Nightwing, and any of the other actors around, are gonna go through a f***ing boot camp experience because it's gonna be a lot. I'm not gonna do a lot of CG. It's gonna be all real s***. It's gonna be real stunt work, and they're gonna need to do all of the stuff on camera and do it credibly. For the cast and the crew, it's gonna be a visceral experience, and for the audience. It's not gonna be like a lot of these movies where there's a lot of CG and flying, and things like that. Everything he does is gonna have to be real. His superpower is being really f***ing good, as a human being, at fighting and gymnastics and s*** like that, so you're gonna see that on screen. It's gonna be fun!"