Right at the start of the year in January, James Cameron would make a bold play for an available director. The filmmaker had sat back and liked what he saw from Tim Miller, a man who had just showcased the R-rated Marvel blockbuster Deadpool. This would be a title that would be the beginning of a lucrative franchise for the studio.

Combining his ability to deliver on exquisite action sequences with special effects, a coherent story and some quality humor to boot, and Miller's stocks would be on the rise. As he left Ryan Reynolds from that series over creative differences, Cameron knew he had found the best fit for Terminator 6, a feature that will get underway in 2019.

Details Kept Quiet as Cameron-Miller Link Up In Public

The report that the deal is done comes courtesy of SkyNetArmy, who said that the studio Skydance let slip the deal through a social media post. With a special 3D screening of the 1991 classic Terminator 2: Judgement Day set to have Cameron make a special appearance, it would be none other than Tim Miller who will be joining him for the occasion.

This is believed to be taking place in Los Angeles this coming Tuesday. Cameron has had to wait until 2019 to have the property fall back into his hands, seeing a string of sequels, prequels and spinoffs failing to recapture the magic of the first two installments - both of which considered benchmarks for the science-fiction/action genres. 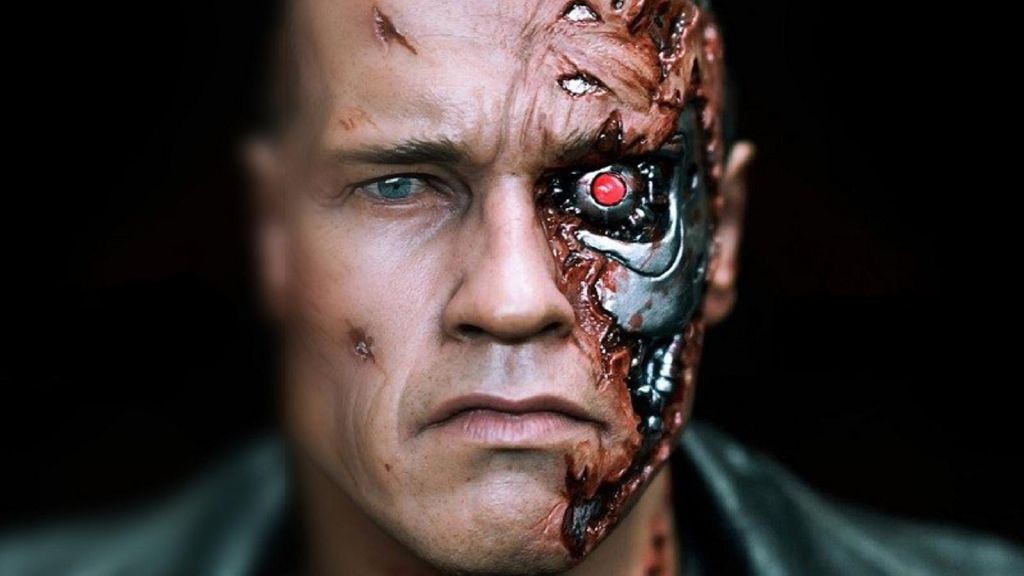 How Terminator 6 will come across to the audience is anyone's guess at this juncture. What we do know is that Arnold Schwarzenegger will be back to work with Cameron and Miller and we do understand that Cameron has a fresh trilogy in mind for the series.

The Avatar filmmaker also dropped a not-so-subtle hint that the movie will inform us about Schwarzenegger's origins as a person, with Skynet using his body and face as a replicant to create these man-killing machines.