Creator Admits New Hellboy Installment Was Not Intended As A Reboot

Since Hellboy II: The Golden Army was released in 2008, the franchise has been littered with backchat and innuendo from creator Mike Mignola and director Guillermo del Toro. While creative tension can be a positive force for filmmakers, the fact remained that the two most influential men in the series did not see eye-to-eye and an impasse was reached.

Now the upcoming R-rated installment Hellboy: Rise of the Blood Queen will see Neil Marshall fill the hot seat vacated by del Toro. All in hopes to reinvent and reboot the character via David Harbour. But, as Mignola revealed to Nerdist this week, the comic book veteran showcased how he wanted to maintain and continue what had already gone to screen.

Mignola: Perlman Gave Us An Ultimatum On del Toro Inclusion

If the studio decided on moving forward with del Toro's vision, they would not have had to look too far. Perlman explained how Hellboy 3 would have examined the superhero's destiny, only for the breakdown in their relationship to scupper that picture.

"I would've loved to see Guillermo do his third movie and finish that story," Mignola said. "But over the years it became very clear that wasn't going to happen. About three years ago the producers, the screenwriter Andrew Crosby, and I all started working on this new story. Del Toro didn't want to have anything to do with it, he wasn't going to direct. He was offered to be a producer, and Ron (Perlman) wouldn't do it without Guillermo."

Realizing that they were about to move forward with a different director that had his own ideas, Mignola was forced to change his original idea.

"We originally started trying to tie it to the del Toro universe and continue those movies. But once we had Neil Marshall, we thought, 'Why are we going to try and continue that universe?' Because a del Toro movie is a del Toro movie, and you don't want to try and hand a del Toro movie to someone else. Especially someone as great as Neil Marshall. So that's when it went from being this continuation to being a reboot. It's exciting to have another director. It's exciting to take another path, to take that material and give it another leaning." 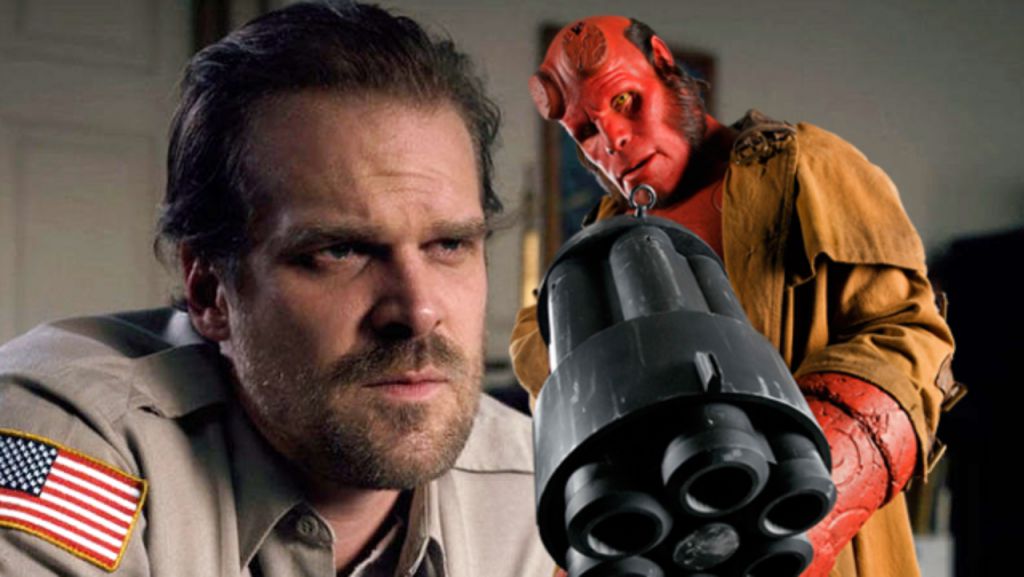 Much of the angst from those that love the original films was Perlman and his take on the character. Leaving David Harbour with the unenviable task of reaching that benchmark while offering something new to the table, Mignola said that the Stranger Things star is dedicated to the finest of details.

"(David) is super excited about being Hellboy and he wants to make sure he gets it right. He's texting me Hellboy questions about his history, about what the character would think about this or about that. It's really exciting to be back and see this thing come together."

Bringing aboard some of the best behind-the-scenes crew known to the industry, Mignola outlines how quickly the moviemaking process is proceeding.

"It's very dizzying when you've been banging this story idea back and forth for all these years, and suddenly you have someone making it. And they're making it tomorrow! And everyday there's a new development. So Joel Harlow (Logan, Pirates) is doing the makeup effects and just last Friday I went to his shop. I got to see the sculpts of the new version of Hellboy, and then the next day David Harbour was in there doing makeup tests. So it's very, very exciting. (Joel) is so excited and so enthusiastic."