In a dystopian future, an engineer trapped in a house and surrounded by a mysterious gang of masked intruders must protect a technology that could deliver unlimited energy and end the wars that have consumed the world.

While a number of Netflix features are purchased after they are produced, ARQ has had the premium network's backing since casting. And, to ensure they'd get some attention for this sci-fi thriller, the network kicked things off by casting Robbie Amell and Rachael Taylor. The duo have created a fanbase thanks to the comicbook shows The Flash and Jessica Jones. Netflix is hoping that this same audience will follow the stars over.

The story was created by Tony Elliott, the same writer from the acclaimed series Ophan Black. So he definitely has some background with the sci-fi genre. Since Hollywood seems to be short on original stories nowadays, ARQ could be a refreshing change of gears. 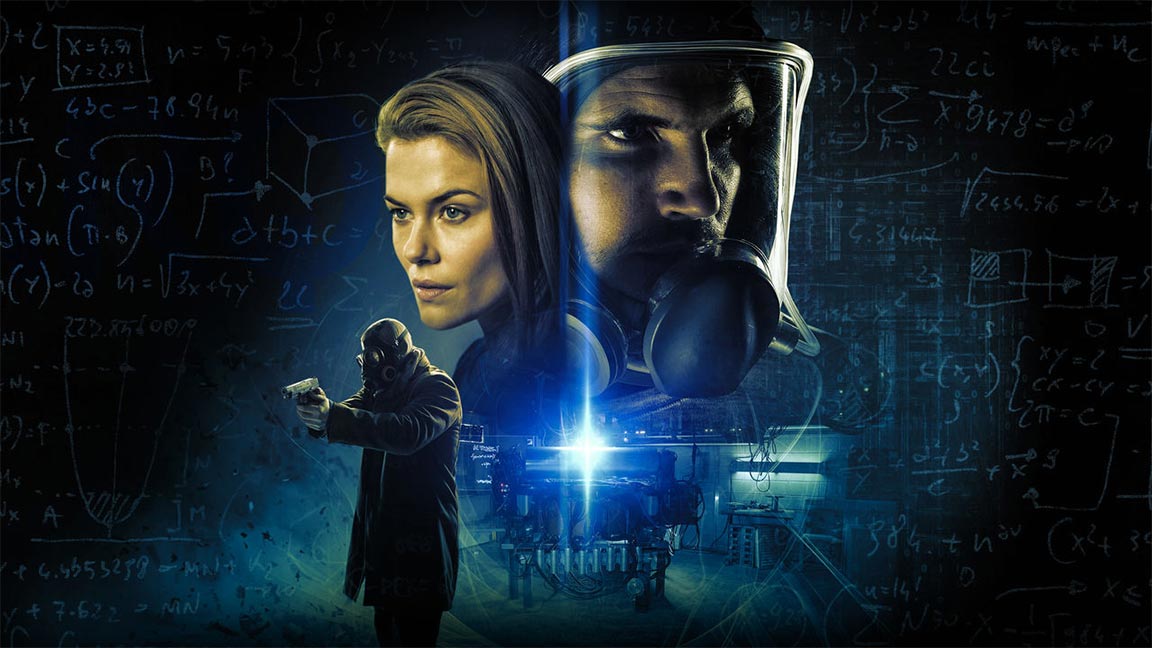 The entire premise of ARQ is really cool. Save, of course, for the fact that Edge of Tomorrow beat it to the punch when it comes to days restarting. Well, Groundhog Day beat them both to the punch, but that left out the sci-fi, the action and the need to die. The ARQ trailer also borrows the idea of death as a way to restart the day, following the same convention used by Cruise in Tomorrow.

So the idea isn't exactly new, but the story is definitely original. And, in a Hollywood where seemingly half of all films are remakes, reboots, re-imaginings or adaptations, something half-original nowadays is a refreshing change.

In that regard, ARQ should find a nice audience when it comes to Netflix. At least, a much greater audience than it would have found if it were limited to a theatrical release. The greatest gamble is the film's selection of limited cast. Sure, Netflix has weighed the benefits of having both Amell and Taylor star. But, other than fan boys, it's going to be interesting to see how many others will be tempted by the cast alone.